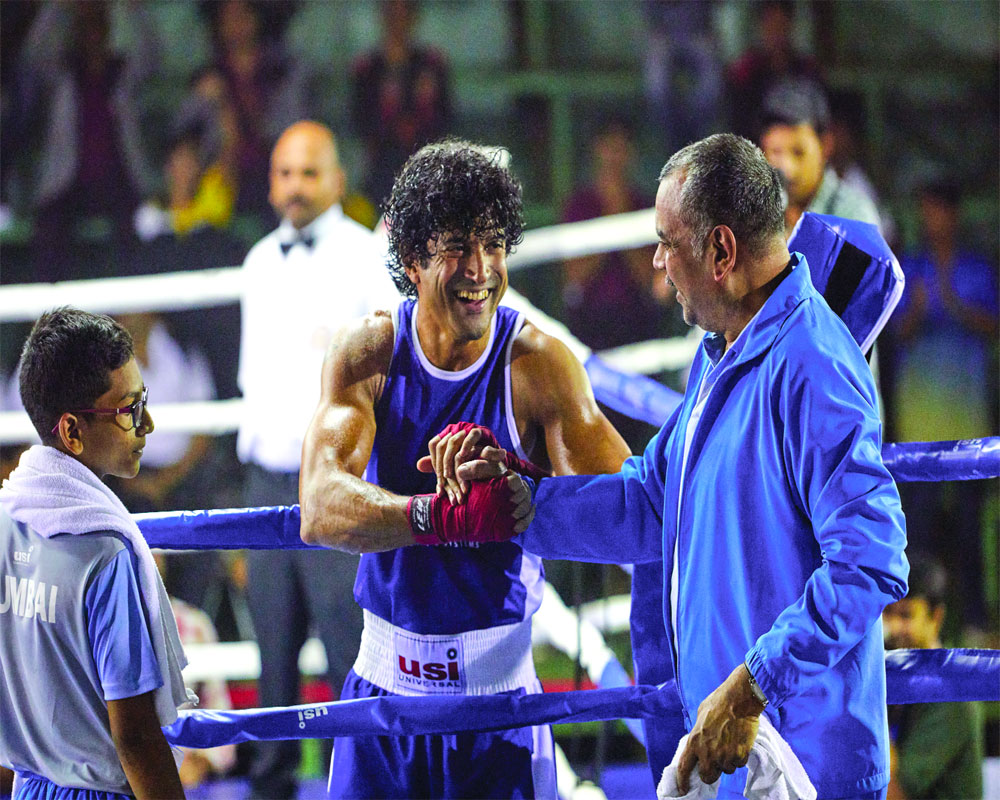 It appears that director Rakeysh Omprakash Mehra and Farhan Akhtar work well together. This is the second time that the two have worked together. First being Bhaag Milkha Bhaag back in 2013. Any film based on sports is interesting to watch; there is something about a plot where a person from nowhere rises up and makes a name for himself. Of course, the path is not a bed of rose petals; there are thorns on the way. And the storyline of Toofan is no different.

This is where the director floundered. The story has nothing new to say or add. There is nothing here that one has not already seen. The scenes are familiar as well. The body building frames are a reminder of what one has seen in Bhaag Milkha Bhaag and Sultan. While this was a wow factor in Sultan, here, one just wished it was over so that the story could move forward. Also, the 2 hour 40 minutes of running time could have been reduced somewhat. The repetitiveness of the punches, a couple of songs that make no sense in a sports movie drag the movie in parts taking away from an otherwise engaging plot even if it is fictional.

There was a lot of hype around this Farhan Akhtar project and kudos to the actor for being spot on with his acting. His transformation from a street-smart Aziz Ali gangster to that of a boxer is amazing. His performance is effortless. The moments of vulnerability, fun, emotion and love are beautifully dealt with. As Aziz Ali the gangster and then a box, he is awesome and mind-blowing. It is good to see chemistry between him and Mrunal Thakur. She moves across the canvas like a fresh breath.

Even the Hindu-Muslim angle, a major chunk of the film, has been tackled well; it is something that exists — an act of terror that killed Paresh Rawal’s onscreen wife. His anger is there for all to see; his condescending attitude that Aziz Ali is from Dongri, a reference that only Mumbaikars will understand, is open. And yet, his love for the sport – boxing overrides everything. As Nana Prabhu his performance is awesome all through. First as a coach, then a father and finally grandfather. Vijay Raaz, Supriya Pathak and Darshan Kumaar give a good performance as well.

Overall, Toofan is a movie that needs to be watched for Farhan Akhtar’s performance.