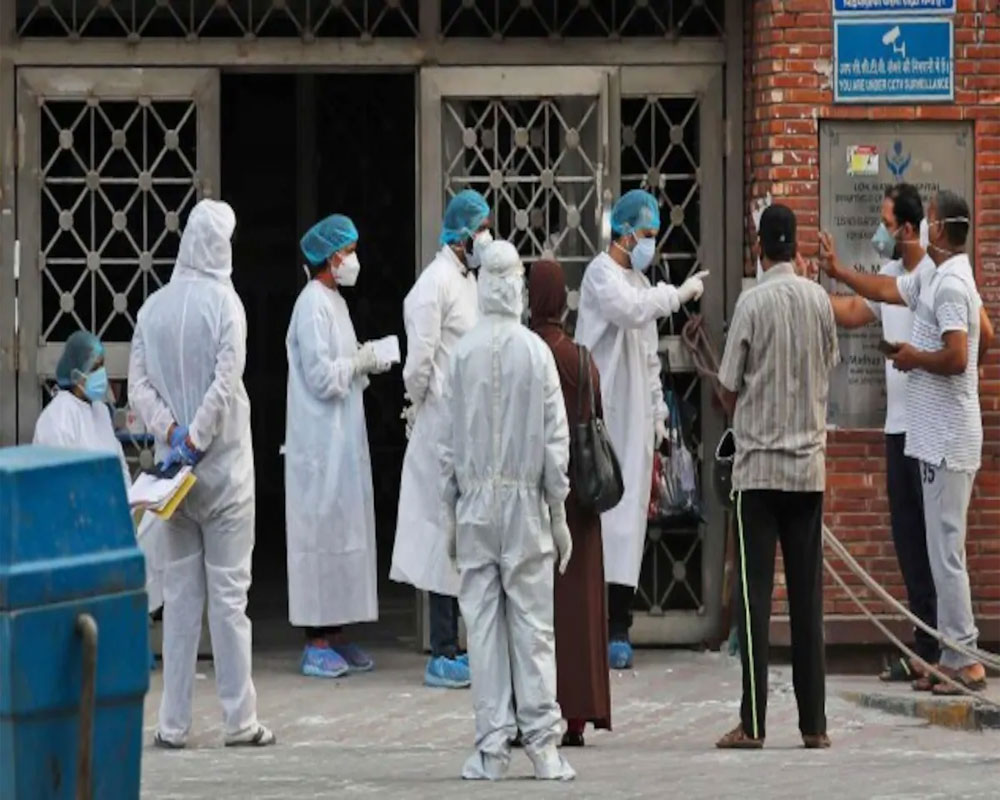 Telangana posted 301 fresh Coronavirus cases, taking the total infection count to over 2.90 lakh, while two fatalities pushed the toll to 1,568.

Greater Hyderabad Municipal Corporation (GHMC) accounted for the most number of cases with 58, followed by Rangareddy and Medchal Malkajgiri with 27 and 16 respectively, a government bulletin said on Tuesday providing details as of 8 pm on January 11.

As many as 4,524 patients are under treatment and 34,431 samples were tested on Monday.

Cumulatively, over 73.12 lakh samples have been tested.

The samples tested per million population was over 1.96 lakh, the bulletin said.

The case fatality rate in the state was 0.54 per cent, while it was 1.4 per cent at the national level.