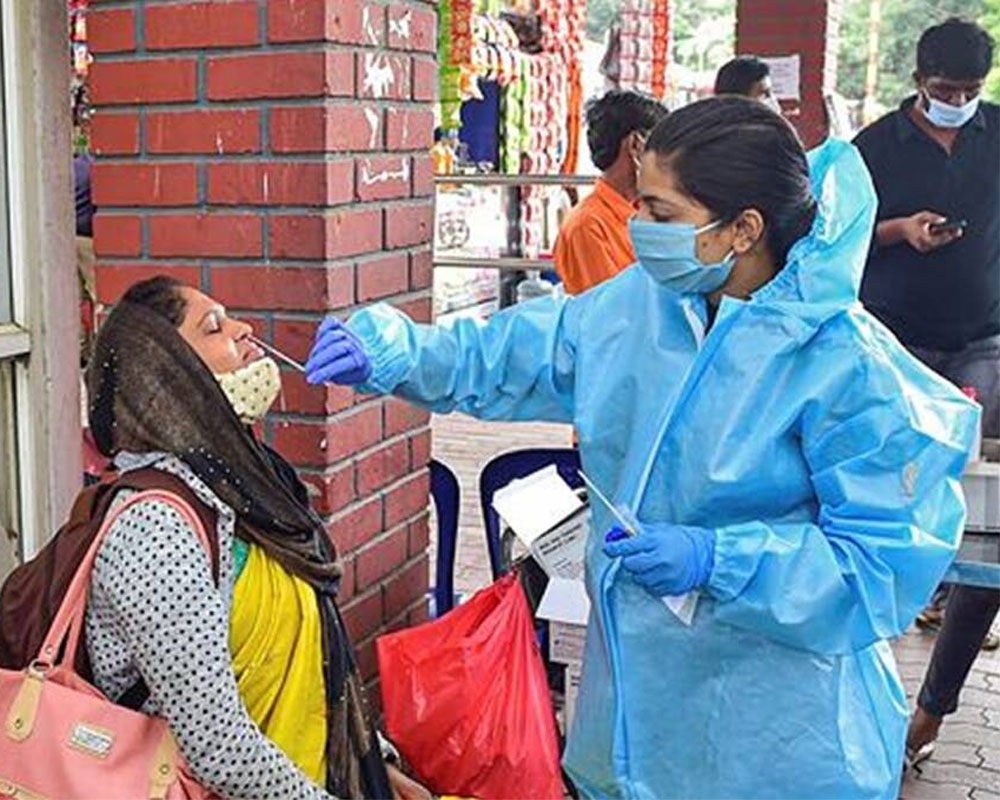 Delhi recorded 62 coronavirus cases at a positivity rate of 0.09 per cent and four fatalities, according to a health bulletin issued on Wednesday.

Sixty-one patients recovered from the infection in the past 24 hours, it said.

As many as 14,10,066 people have either been discharged, have recovered or migrated out. The case fatality rate stands at 1.74 per cent, according to the bulletin.

The number of active cases stands at 566, a minor decline from 569 cases a day ago, while the number of containment zones has declined to 403 from 406 the previous day. A total of 65,811 tests were conducted a day ago, it said.

The national capital had reported five Covid fatalities and 44 cases at a positivity rate of 0.07 per cent, according to Tuesday's bulletin.

Delhi recorded 36 coronavirus cases, the lowest single-day rise in over a year, at a positivity rate of 0.06 per cent along with three fatalities, according to the health bulletin issued on Monday.