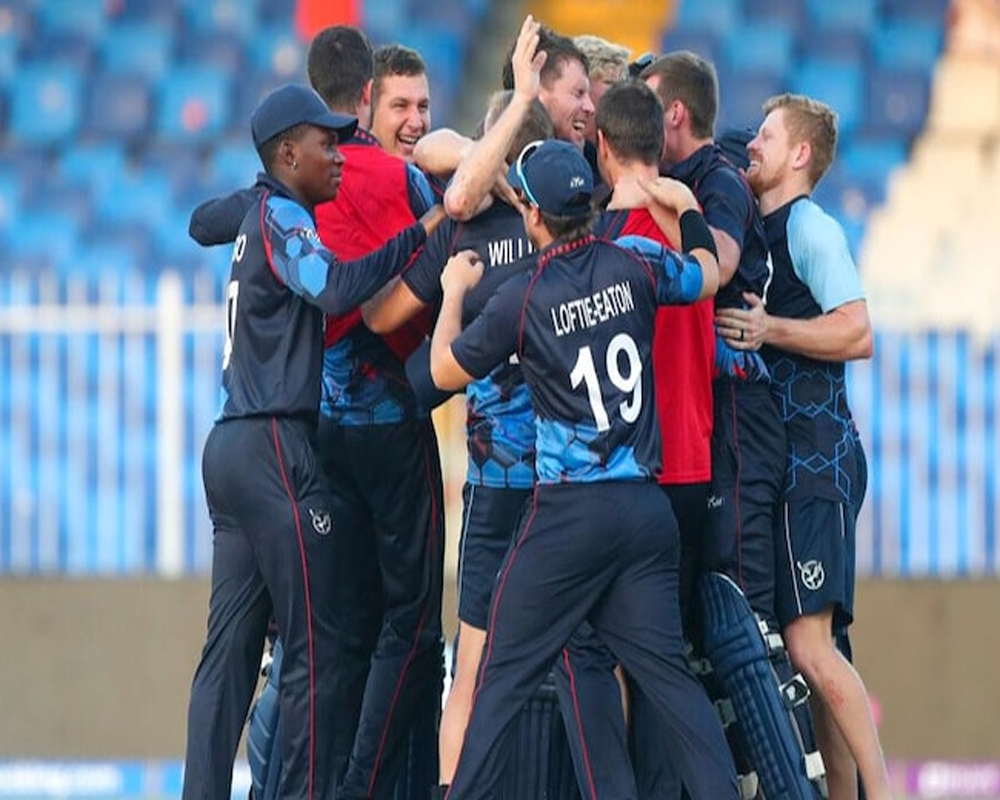 Having sealed a place in the Super 12s with two stunning wins, debutants Namibia will look to continue their fairytale run when they take on a bruised Scotland in the ICC T20 World Cup here on Wednesday.

Gerhard Erasmus and his bunch of unknown cricketers stunned the cricketing world when they beat Netherlands by six wickets and then notched up a shocking eight-wicket victory over Ireland to grab a spot in the Super 12s.

It was a historic moment for a country which has a population of 2.5 million and doesn't boost of any cricketing legacy. The win over Ireland was their first against a Test playing nation and it also guaranteed Namibia a spot in next year's T20 World Cup.

Having earned its right to rub shoulders with the cricketing elites, Namibia will now be keen to test their skills against the best in business and a win over Scotland will do them a world of good before they take on the likes of Afghanistan, India, Pakistan and New Zealand in group 2.

Scotland, on the other hand, were flying high with three successive wins in the first round before they were bought to earth by Afghanistan with an embarrassing 130-run defeat.

Kyle Coetzer's men were skittled out for a paltry 60 in 10.2 overs while chasing a challenging 190 and they will need to quickly recover from the defeat to avoid any such hiccups against a team, who are brimming with confidence and have nothing to loss.

Namibia have produced some solid batting display as they scripted two successive chases in the last two matches.

It was the duo of skipper Erasmus and all-rounder David Wiese, who scored bulk of the runs as Namibia overhauled targets of 164 and 125 with plenty of balls to spare in the last two games.

Wiese has also starred with the ball, taking three wickets with his medium pace, while left-arm pacer Jan Frylinck too dished out superlative performance snapping five wickets to keep their opponents to modest scores.

For Scotland, batting trio of Richie Berrington, George Munsey and Matthew Cross  have produced the goods in the qualifying matches but their batting line-up looked clueless against Afghanistan spinners and they will hope to give a better account of themselves on Wednesday.

Among bowlers, Josh Davey has been the most successful with nine wickets so far from four matches, while Safyaan Sharif, Mark Watt and Brad Wheal too have contributed and the team will look up to them to keep the opposition in check.