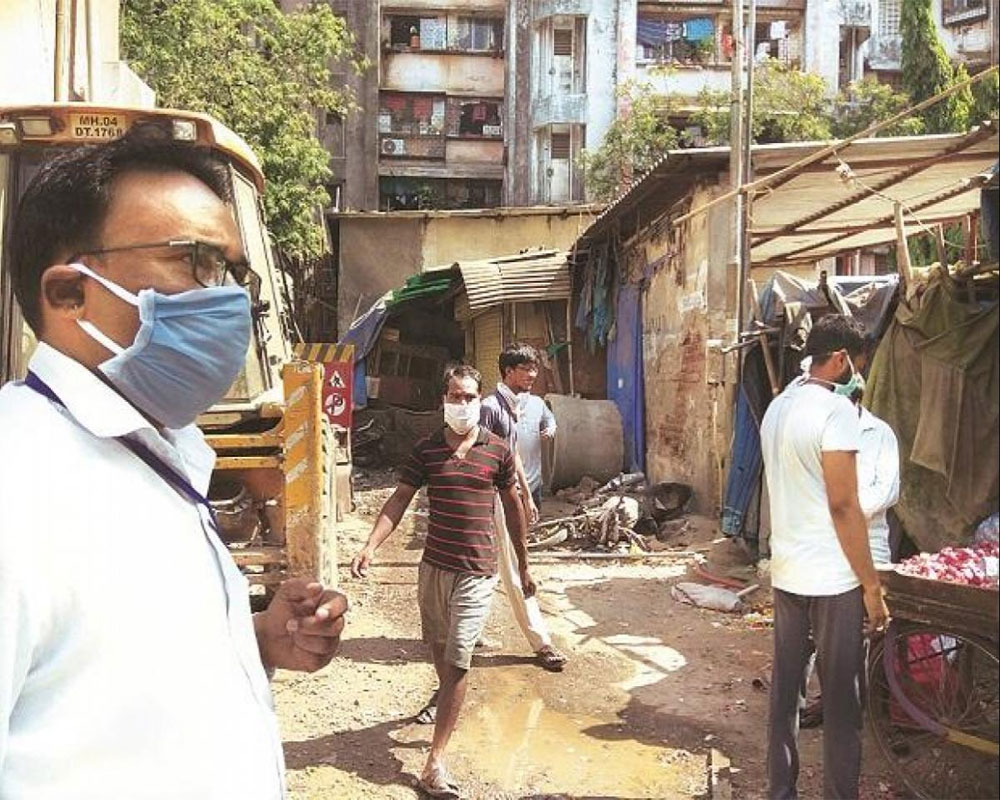 With the addition of four new Cases of coronavirus, the count of infections in Mumbai's Dharavi area reached 3,859 on Tuesday, a senior civic official said.

This is the second consecutive day that four cases were detected in the slum-dominated locality.

At least 3,524 patients have recovered from the infection in the locality, which currently has 15 active cases, the official from Brihanmumbai Municipal Corporation said.

Spread over 2.5 square kilometres of area, Dharavi is considered as the largest slum in Asia with a population over 6.5 lakh.