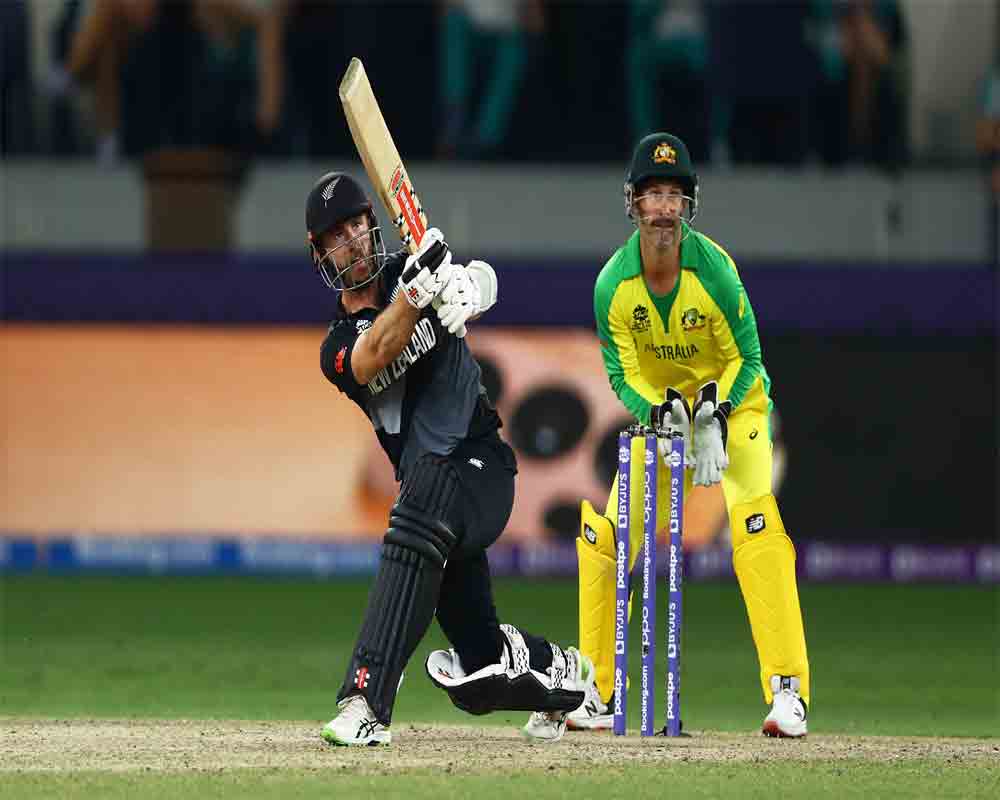 Skipper Kane Williamson was brutal and artistic during his beautifully crafted knock of 85, which took New Zealand to a competitive 172 for four against Australia in the T20 World Cup final here on Sunday.

Put into bat, New Zealand literally struggled in the first 10 overs with Martin Guptill's painful 28 off 35 balls slowing the proceedings.

Williamson made the stage his own own with a grace of a 'ballet dancer' hitting 10 fours and three sixes in his 47-ball knock.

In the last 10 overs, New Zealand scored an astounding 115 runs to make a match of the 'Grand Finale'.

Williamson shifting gears with such ease that it was a treat to watch him play. The first 16 deliveries that he faced fetched him only 15 runs as Adam Zampa was back then in the midst of a good spell while Guptill's scratchy form also affected the skipper.

But once, he decided that he needed to get a move-on, he hit all those copybook shots at his own free-will scoring 70 off the next 31 deliveries.

The Black Caps skipper showed why he is one of the modern-day greats during the back-10 as he strategically took the attack back to the opposition camp. He became the captain with the highest score in a T20 World Cup final surpassing Kumar Sangakkara.

He first turned the tide in the 11th over when he launched into Mitchell Starc (0/60 in 4 overs) taking 19 off his over including a dropped catch behind square by Josh Hazlewood.

The manner in which he creamed Starc through mid-off by charging down the track, was the most delightful one among the three that he smashed in that over.

When Starc came for his third over and team's 16th, his confidence was already shaken and Williamson made a mockery of him with class of Test match batting mixed with a dash of T20 flair.

One for the ages was a 'pick-up flick' when Starc dragged one into his pads and it soared into the Dubai skyline before landing in the gallery.

If Starc's second over was very bad, the worse came in his third which yielded the Kiwis 24 runs including four fours and a six.

It was a 'half-century' of ignominy that he would like to forget and also forgive Josh Hazlewood for what could possibly be a 'match-turning' bungle.         Hazlewood (3/16 in 4 overs) though was pick of bowlers along with Adam Zampa (1/24 in 4 overs).

The first half of the night certainly belonged to Williamson, who again reiterated the age-old saying -- a technically accomplished Test batter can play any format with authority as he did during an en evening when it mattered the most.