To be able to put up with critics for so long shows quality of human being Mitch is: Finch

To be able to put up with critics for so long shows quality of human being Mitch is: Finch 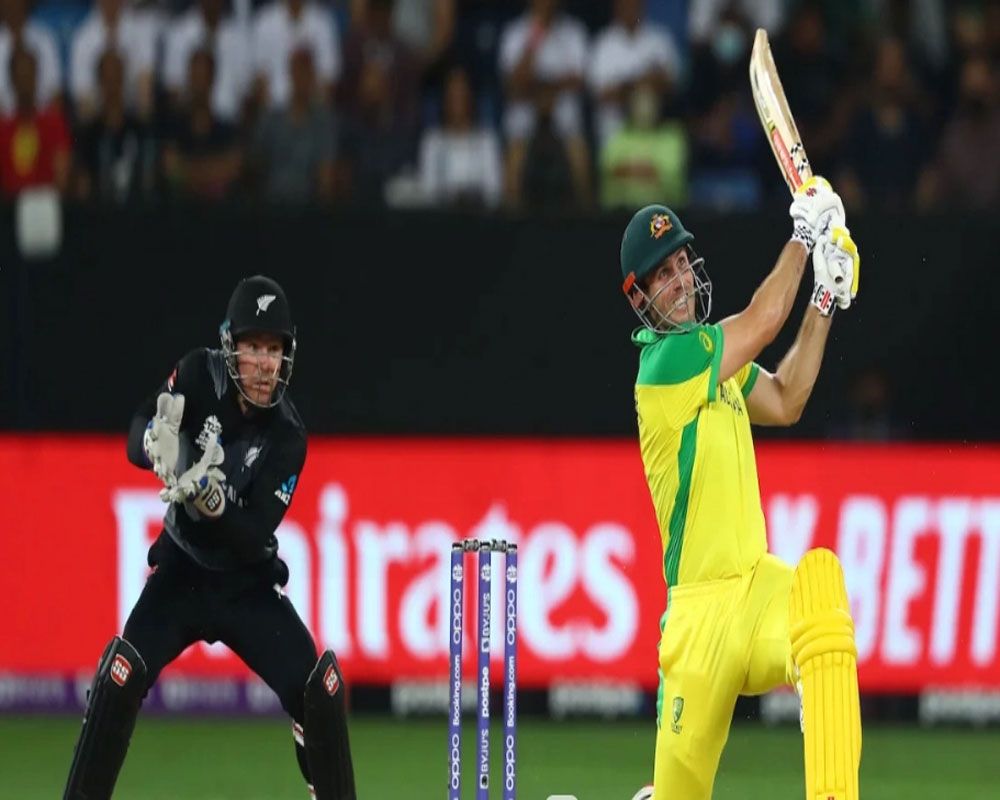 Mitchell Marsh had once declared that most of Australia "hates" him for failing to make good of the promise he held out early in his injury-plagued career.

On Sunday, after the all-rounder played a starring role in Australia's maiden T20 World Cup triumph with a brilliant unbeaten 50-ball 77, his skipper Aaron Finch said Marsh copped unnecessary criticism all though his career and still kept his chin up, a reflection of the amazing human being that he is.

"To be able to put up with the critics for so long, when his performance hasn't been bad by any stretch of the imagination and any format of the game, if you look at his ODI numbers they are very good," Finch said after Australia outplayed New Zealand by 8 wickets to claim the top prize.

"For him to keep coming back after people keep doubting him shows how much of a quality person he is," he added about the 31-year-old all-rounder, who has suffered a lot due to injuries.

The latest setback for Marsh was last year when he suffered an ankle injury.

Marsh, who has now spent a decade in the Australian set-up and never really got going save a couple of Ashes hundreds in 32 Tests and one three-figure mark in ODIs, finally hogged the limelight as an unlikely No.3 for Australia in the T20 World Cup.

A few years back, he had famously said, "Most of Australia hates me" and when Finch was asked a question with reference to that, the skipper had a lot of praise reserved for the big all-rounder.

"He is the nicest person you will ever meet in your life. He's obviously a special player," Finch said.

Promoting Marsh up the order turned out to be a master-stroke, something the Australians had put a lot of thought to during their tour of the West Indies.

"Mitch's move to No. 3 was a really important one in the West Indies. We felt as though he's someone who could play -- he obviously plays fast bowling very well.

"Growing up in the WACA (Perth), he's very, very dominant off the back foot. He's someone who loves the contest, loves the challenge," Finch explained the rationale behind the move.

"And we just backed him from the start. We committed to him batting at No.3 for a long time. He knew that, and that's all you need sometimes. You need a little bit of backing and you need some confidence from everybody else," he added.

There are times when one shot or a good delivery is a prime indicator of getting back to form and Finch saw that in Marsh's case quite early heading into the World Cup.

The decision to have Marsh at No.3 was also linked with the hard call to demote Steve Smith from his preferred batting position in the format.

"No, not at all. To be honest, it was something we chatted about before the West Indies, and then after (we took it) probably just reassured us. Smithy was so open to it, and he'll do anything the team needs," Finch clarified.

"The way we wanted to structure up was to be more aggressive in the power play. We saw how important that was -- battle of balls.

"Smudge's (Smith's nickname) ability to play spin through the middle added that extra layer of confidence in our group with (Marcus) Stoinis and Matty Wade behind him as well...That's the way we tried to structure that up...It turned out to be a nice move," there was a sense of satisfaction in his voice.

Marsh, for all the limelight, was dropped against England during the World Cup and Finch knew that he was disappointed.

"It was only a structural change, we went with a different makeup. That's all that was. But the way he's bounced back has been unbelievable," Finch couldn't stop praising his match-winner.

All's well with JL, the skipper sends a message

Since Australia's home series loss to India, the position of head coach Justin Langer and his relationship with players in the dressing room became a raging topic of discussion.

Asked if this victory would ease up things, Finch didn't duck the question but spoke how honest conversations helped.

"The only time there's awkwardness is when things are happening behind the scenes and you're trying to work things out or you're trying to pull things under or pull the wool over someone's eyes.

"No, there's none of that whatsoever. It's been a great campaign," Finch played it with the straightest bat possible after a memorable first.