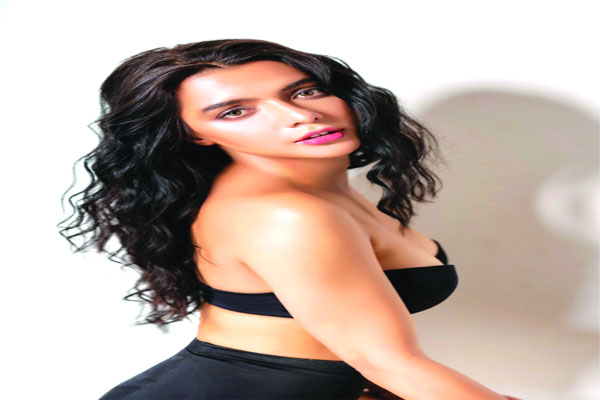 Runaway Lugaai has been receiving a lot of appreciation. Any special message or compliment that you received?

Yes, Runaway Lugaai people have really liked the show and the audience has shown me a lot of love. I have been regularly getting messages and compliments. It’s nice to receive messages and love. Bulbul has touched many hearts and I am very grateful about this.

Your character in the series is different from what you’ve done before, how was it like playing this role?

This time, I don’t play an urban girl. My character here is somewhat from a rural background. She has got a lot of colour, has a vibe and is super confident. When it comes to dialect and body language, I had to work on everything. Bulbul also has a temper issue so it was fun playing her. However, I only had two days to get everything right. I learnt things from observing people around me.

How was it working with Sanjay Mishra, Ravi Kishan, Naveen Kasturia?

It was absolutely amazing working with Sanjay Mishra sir and Ravi Kishan. These people are great actors; it gave me an opportunity to learn and grow as an actor.

Has it been a conscious decision to portray a variety of characters so early on in your career?

I have been blessed these last five months. I’ve been playing different characters. Yes, it is a conscious decision. As an actor, I always try to do what gives me pleasure, what gives me happiness and satisfaction when I get to bring various distinguished storylines and narratives to life. I would also love to play glamorous roles once again. Who doesn't want to play the lead heroine?

My first film was Calendar Girl. I also worked in The World Before Her by Anurag Kashyap, it was a documentary film. I would say this marked my entry into the industry. I was curious, wanted to explore and understand the industry. I fell in love with the world of cinema; it’s such a magical place to be.

A lesson learnt as Miss India.

It has changed my life totally; it made me super confident resenting my country. It was an honour. It was a lifetime experience. It is something that one does at a certain age. I met people from different cultures and made me explore the world. I’ve traveled so much giving me exposure.

You played Sagarika in Chakravyuh. Tell us about that.

I would say Charkavyu was a serious crime show that had layers to the character I played — Sagarika. She was a victim of the dark web and the show explores the pain she goes through and how that translates into her physical is what playing this role so satisfying. I’m grateful that I got to play this character.

My next project is something very special. It’s something that I’ve not done before. It’s going to shock people. I’m really looking forward to it. It got pushed ahead by a few months due to the second wave of the present pandemic. Health is more important and keeping safe, maintaining social distancing and wearing masks is a priority.