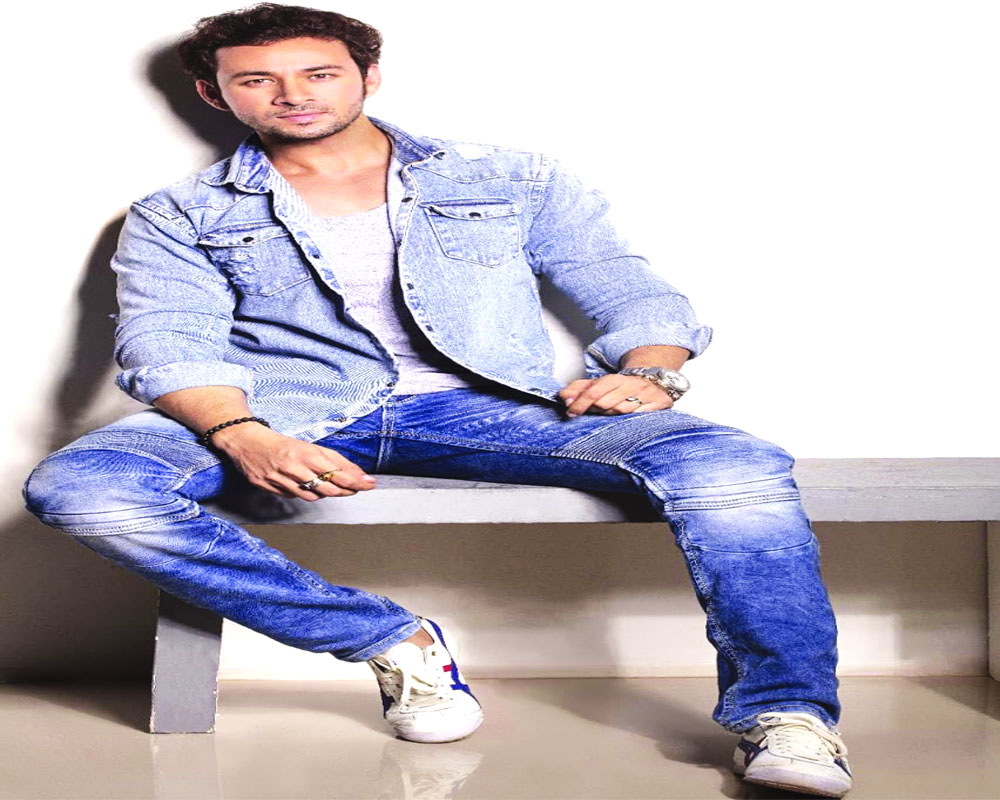 DEV SHARMA, who made his debut with Yaariyan in 2014, was featured in an album, Mental. SHALINI SAKSENA chats up him

What is the new album Mental about?

It is the title of my new album which has just released and has already crossed two million views on YouTube. People are loving it because it has crazy vibes. The song means a lot to me because it is my first party number and this song has been sung by Dev Negi, directed by Rajiv Ruiaji and choreographed by Arvind Thakur featuring me and Preeti Goswami.

How did you end up doing it?

There were two reasons for saying yes. First, Rajiv sir, because we were planning for a long time that we have to work together but dates were not matching, then COVID happened. Second, the icing on the cake was Dev Negi. Apart from that when I met the producer, I liked his idea.

How did your acting journey begin?

While growing up I was confused about getting into cricket or acting and the moment I entered college I realised that acting is something that excited me more. My maternal grandfather was a director at the National School of Drama and I shared my thoughts with him. He realised I am serious and asked me to follow five steps: Learn acting; join a theatre to brush up skills and perform in front of an audience, get into commercial ads, assist well-known directors and finally, he told me that when I go for an audition, I would get something.

What is your role in Aa Bhi Ja O Piya?

I play Kaushal. He is a simple boy from the village and goes to the city to continue his studies. He wants to implement all the things he has learnt in the village. There is lots of drama, action and good songs. I loved playing this character. This was the first time I was playing a boy from the village, it was quite challenging. I had to learn a lot of things from my character because of the transparency and simplicity he has for things.

A fond memory from your childhood days with actors like Smita Patil, Raj and Nadira Babbar and Paresh Rawal?

I vaguely remember things. During Diwali, Holi or any other festival I remember Raj Babbarji and others coming to meet nanaji. I remember the aura Rajji and the other actors had. When these people entered a room, everyone wanted to listen to them, that persona attracts me. It inspired me to become an actor.

How did you end being an assistant director for Krrish 3?

Hrithik Roshan’s cousin, Ishan Roshan, was my batchmate and friend in Kishore Namit Kapoor acting institute. When pre-production of Krrish 3 started, Ishan knew I would love to be a part of it. I went to meet Rakesh Roshanji; he understood my craziness for cinema and welcomed me onboard.

Is there a role that you loved doing?

I would say Neil in Yaariyan, is special. I to play different shades here. . Then there is Dev Malik from Muzzafar Nagar; the lawyer from Varanasi Junction or the simple guy from Heropanti, all have been close to my heart.

What are your upcoming projects?

There is Teer Shane, my first comedy film with Mukesh Khannaji, Rakesh Bediji, Tiku Sultania, Zarina Wahabji. Israni saheb and Vijay Sherji are also there. There are also two web series — Dilli Wala Dil, I play a Delhi boy and Inzaam, I play a cop.