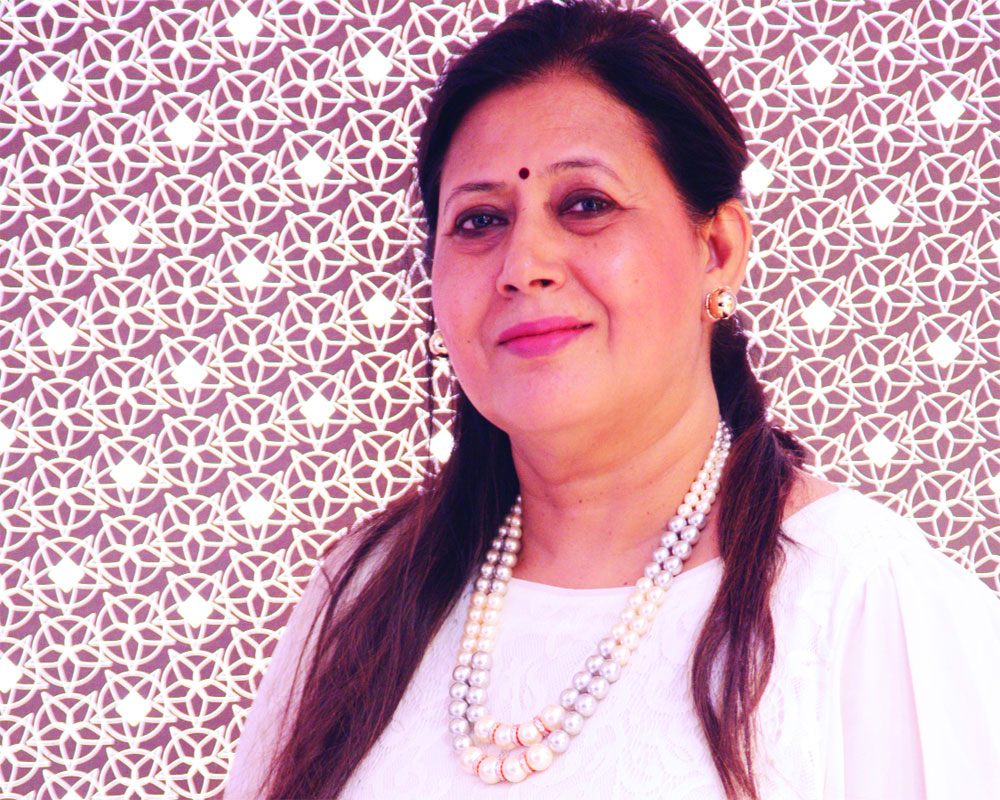 DURBA SAHAY, filmmaker-writer who made her directorial debut with The Pen, released her latest venture Aavartan recently. SHALINI SAKSENA chats her up

How did you get the idea for the movie?

A few years back, I used to write for a Hindi literary magazine called Hans. Rajendra Yadav was the owner. I have penned a book as well titled Raftaar, it is a collection of 11 short stories. When I would meet him, we would talk of many things and stories would come from the conversations. I once asked him how he felt when somebody wrote better than him and is younger to him? His answer was an eye-opener. I feel jealous but I want them to fly and make a place for themselves.

Why choose guru-shishya as a subject?

I like art. It could have been a painter or a singer or any other artist. But I love Kathak and wanted Gen Z to know about various dance forms like Odissi, Mohiniyattam and Bharatanatyam. Today’s generation only knows item dance numbers. In every movie there is an item number. I want the youth to watch this movie. I know for sure that if they watch it, they will like it.

Was it tough to make a film on this subject?

It was definitely tough. Choosing the location was an issue. There were financial constraints as well. But otherwise, things panned out smoothly.

Why is it that the so-called ‘art films’ not get financial backing? What and where are the roadblocks?

This is because a film that has no item song and no known actors has no takers. Financers want names of big actors. My film has neither. But I was determined to make this film and financed it myself.

How did you get into directing from being an actor?

I wanted to direct films from the very beginning – from the time I used to watch Satyajit Ray movies. When I saw his movies, something clicked inside me and when I got the opportunity, I took it. I have seen many world classics. I have seen the work of directors like Quentin Tarantino and Federico Fellini. If a person wants to make a brilliant film, they must first watch movies made by them.

You have experimented with new and somewhat unconventional ideas. Why?

Like I mentioned, I have been highly motivated and inspired by the work of people like Ray, Tarantino and Fellini. Hence, choosing unconventional subjects comes organically to me.

Such movies have few takers. Why make them?

I made Aavartan because I love Kathak and the thought that I must make a movie on this came to me and stuck a few years back.

The film is about guru-shishya parampara and pratispardha; how life is cyclic in nature but in this relationship the evolution takes place. Aavartan is a story of a guru and her shishya and features the cycle of it. Aavartan means cycle.

In the review last week, the starcast was incorrect. Apologies for the same. Why and how did you zero in on Sushma Seth, Shovana Narayan and Sunit Razdan?

Shovana Narayan is a friend; I have known her for 25 years. She is like an elder sister to me. When I started writing the story for this movie, I wanted to make a short length film. But there was so much information and things in my mind that they didn’t fit in the 30-40-minute screenplay that I was writing at the same time. In 2018, I finally decided to make it into a full-length film and completed it in 2020. Sushma Seth, I chose because first, she stays in Delhi and second, she is easily accessible. I love her acting as well. She is such a nice person and extremely accommodating. Sunit Razdan is a family friend.

You own a cultural centre with an auditorium which has produced several plays. Tell us about that.

I was introduced to theatre during my school days. But the real magic became in 2003. We had our well-equipped theatre and started theatre repertoire titled Renaissance. This produced several plays and travelled across India. At the same time, we hosted several professional plays.

I have already started on my next project. I have the subject in my mind though I have yet to begin writing it. But I intend to do so soon.