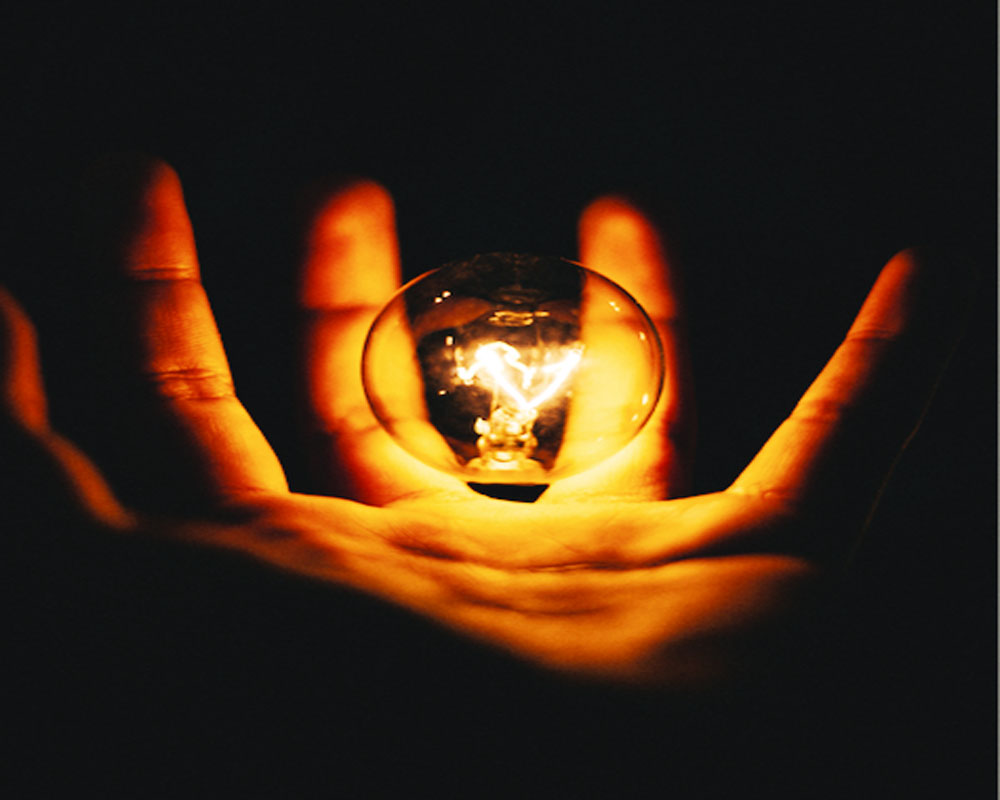 There was entropy (disorder) once at the primordial-source, when energy streams got released. Immediately thereafter, harmonisation of those energy streams began, which following a course of progressive evolution culminated in the manifest world with all its enormity and diversity. As cause permeates the effect, the essence of both order and disorder has to be there in each being. What particular aspect becomes more evident depends upon one’s mental orientation.

No wonder Buddha said: There is no scope for having a perfect situation in this transitory life. Life is paradoxical - full of contradictions. Reconciling dualities of life is called for. Life, in fact, is an expression of harmony of contradictions.

Human beings are also empowered to deal with such contradictions. Invoking indwelling buddhi (faculty of discriminate intelligence), one could evaluate and pick up the right lead, transgressing individual limitations. The irony, however, is that blindly following the callings of our mind-trends, we seldom care to remain alert enough to invoke our buddhi for due diligence, and with obvious consequences. Consequently, we are not able to use our empowerment tool optimally. And when we meet failure, we blame our destiny. Remember, the course of destiny is not administered by external forces. The choices that we make bind us to a cause-effect chain, which forms the premise of our destiny. So, rather than trying to shift blame on some assumed non-existent reality, take charge of oneself. Better use your empowerment tools optimally, and pick up the right lead.

Seen in practical terms, it needs to be appreciated that nobody is ever born a perfect. Each being carries a mix of potential as well as infirmities. The negatives play from the front, finding reflection in our usual day to day conduct. The positives need to be consciously invoked, honed, and then put to use. Often, the negatives play spoil sport with indwelling potential from playing out in full. That makes it incumbent upon us to address our fault lines to come out with our best.

Worried parents of someone in his late thirties came asking: “Sir, he was very good at studies till he completed his 12th. He then decided not to join formal college course. He wished to pursue his passion. He went on his own but has not been able to earn his living yet. Will you please throw light on his future.”

A look at the person’s astrological chart revealed that he carried immense potential. For, all benefic planets — Sun, Jupiter, Mercury and Venus — were over the head when born. Also mind signifying Moon is in exaltation in the lagna. All put together qualifies him to make it big in life, and turn out a celebrity in his field of work. The mental infirmities too, are no less, that stand in way of his potentials come into full play. He has been fighting so far an inner battle, but not able to resolve. For, he doesn’t look beyond his own beliefs and perceptions for a reality check. He is not open to listening or counsel either.

Let us first examine his positives. Sun and Jupiter are conjunct in the 10th house identified with his career potential. Both are well aligned to psychic planet Neptune. This read together with exalted Moon implies that he has a fertile mind, having strong imagination, which is backed by intuition. He seems to be humanitarian, generous, and idealistic. He is well meaning, who subscribes to a value system, which may not allow him to ever stoop low for his individualistic gains. Mercury and Venus are conjunct, both again in the 10th house, well-disposed to Neptune and the Sun. That is indicative of high intelligence, a good communicative skill, strong artistic abilities and would be charming.

Coming to negatives, 8 major planets as well as the lagna falling in fixed signs make him stubborn. Moon is ill-disposed to Mars, Mercury, Saturn and Uranus. That reflects a mercurial temperamental, is moody, irritable and argumentative. He would be breeding conflicting thoughts and not able to resolve fast. He would be unconventional, erratic, careless, and mistrustful of others. He has a rigid one track mind, not open to look beyond for a better option if any available. The result is there to see.

He needs to look within, identify and acknowledge his mental infirmities, and seek guidance to resolve them. The positives within will then come out with their best. In terms of time frame, it may not take long, whereafter he may not have to look back.