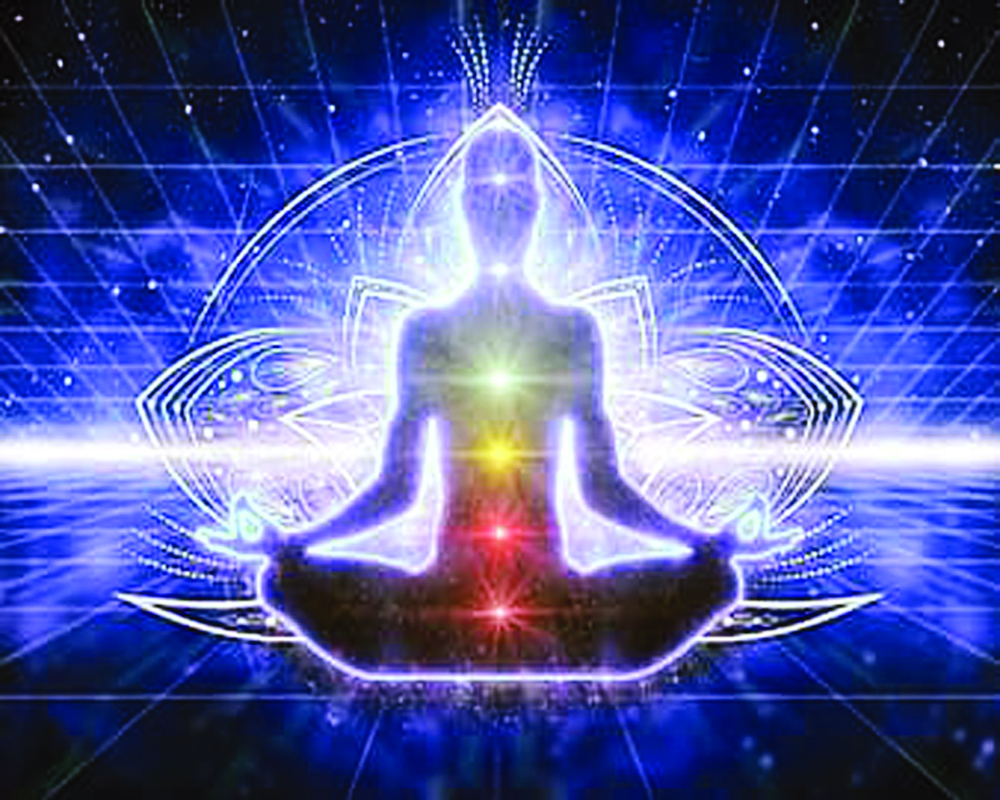 There are two working tools of the Dhyana process — an imagery to focus upon and a mantra related to the image — as has been explained in the previous issue. Mantra is usually a set of syllables placed in a logical sequence to create a particular sound effect. It could be just a seed letter, syllable, word, or a set of words, which as a sequel to stress created and uttered by mouth, is heard by ears, and apprehended by mind. Mantra is so called, because it involves a mental process. The word as such comprises of ‘man’ out of ‘manana’ and ‘tra’ out of ‘trãna’. Mana stands for mind; manana implies reflection in mind; and trana stands for liberation.

Pursuing the process doesn’t happen without meeting difficulties on the way. Invariably, the seeker is confronted with distracting thoughts that drift our attention away from our focal point, again and again. Don’t confront those distracting thoughts. If you ever do that, they will stay put in mind, and keep visiting again and again. The only way out is training one’s mind to remain disengaged from them. Mind it; unless you pay attention to something, it won’t affect you.

Keep chanting the mantra and try to bring back attention to the imagery sought after again and again. Gradually, the distracting thoughts will go out of reckoning, and you may be able to remain focused for a longer stretch of time. Let me add here that when the sound notes of the mantra resonate to the imagery in focus, over a period of time, one gets so involved that distracting thoughts if any are left far behind. When one gets fully established in the process, mind becomes one pointed. In the process, one also inculcates a value system, coming as it may with the educative import of the imagery in focus.

Samãdhi: As one gets established in the dhãranã process, the seeker is in harmony with the imagery and its related educative import, as well as the resonating mantra. We, thus, enter into a state of dhyana. Pursuing the process further, a stage is arrived at when mantra gets dropped. Eventually all thoughts drop but one remains steadfast with the concept synonymous with the imagery in focus. This state is termed as being in savikãr samãdhi (immersed in the iconic figure targeted). Further down the line, even the iconic figure drops. Following which the mantra, the imagery, and the mind become one seamless awareness, which means attaining the state of nirvikalpa (formless) samãdhi.

In samãdhi, mind, free from any thought input, becomes quiet. For, all thoughts prevailing in mind, which otherwise condition one’s mind, get dropped. These very thoughts hold the key to your futuristic aspirations also. You are free from any sense of the past or future. So, there remains nothing in hand to process, and hence at peace. It is a state of being when you are just enjoying your present moment in ‘as is where is’ condition.

The question now is: If all about life, including the mind, is manifestation of nature driven energy orchestra, which would be continuously pulsating, how comes mind gets into a state of no activity for becoming at peace with the self? Well, mind can never get into an inactive state the way a running vehicle is halted. But pursuing the dhyãna process, a state is arrived at when mind is in perfect harmony with the element of consciousness. The unitary mind then submerges with the cosmic mind. Evidently then, mind becomes an integrated part of cosmic flow, and so is at peace with the self and the rest. It is something like someone standing on earth plane not able to have a feel of tremendous speed at which the latter would be spinning. For, the person and the earth are synonymous. This is what may be termed as being in a state of Yoga. In the state of Yoga, mind enters an infinite domain having no distinctive existences.