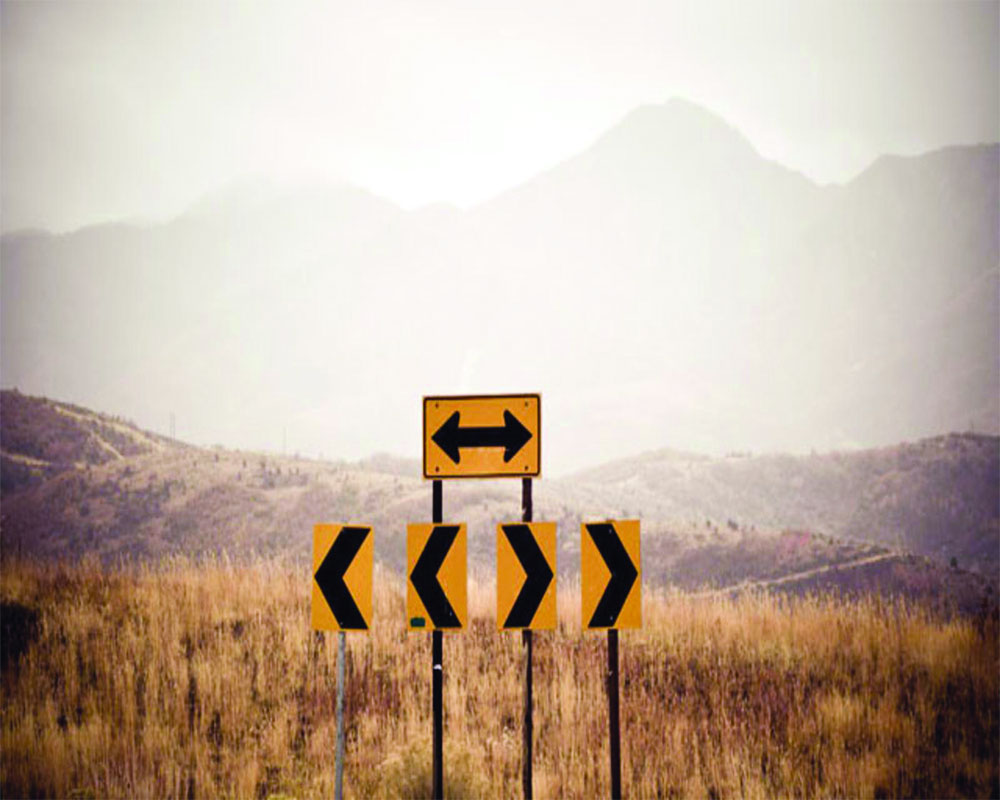 All species, but for humans, are bound by their predetermined nature, with no scope for making any exception. Instinctively they act upon to serve their safety and food concerns. There no wilful intent involved in their actions. So, they are not subject to any Karmic carryover. Varying environmental conditions do impact their life. But, by and large, they end up the way they are born. Human beings, on the contrary, enjoy the exclusive privilege of guiding their action by choice. Once choice option is there, the probability of its use and misuse becomes equal. One has to will upon to make a particular choice, which evidently involves a desire oriented intent. And there is nothing like free lunch for them. You have to own up the consequences of choices made. That binds you into a cause effect chain, which runs in succession, stretching on to even the next birth.

Going by the ancient Indian Philosophic perception, human beings are structured in three layers — gross, astral and causal bodies. With death, it is only the gross body made out of agglomeration of different forms of matter that becomes dysfunctional and then disintegrates. The astral and causal planes being pure energy formations, remain intact, as would the law of conservation of energy imply. Astral plane carries on all mind functions, which includes our memory. Causal plane has in store Karmic footprint carried over from the past. Following death, the causal and astral planes, guided by the fundamental element of consciousness, move on towards their next reincarnation with a fresh gross body. Freshly reincarnated body carries as thought seeds, memory imprints from the past. The doings and undoing, the learning and unlearning had, the skillsets acquired, the habit tendencies developed during the life time, sets the premise on which the next life takes off. Given a congenial exposure, those thought seeds successively come into play. That sets the probable path on which the future course of life would move. Evidently, the content and intent of the choices made lead to the quality of life one becomes due for. This is the premise on which one’s destiny stands. Destiny, therefore, does have a role to play in life. But then it is subject to many unforeseen variables, as discussed in the previous issue, having the potential to modify the course of Karma. It implies that destiny cannot be defined in finite terms, but it indicates a probable trajectory that one is expected to tread.

To overcome the above vulnerabilities, humans enjoy another exclusive privilege — Buddhi (the faculty of discriminate intelligence). This grants us the privilege to weigh the options in hand, discriminate between ‘what one wants’ and ‘what is right’. Accordingly, one could arrive at right judgment and make most appropriate choices. This prerogative would also enjoin upon us with the capability to make conscientious choices to even modify callings of destiny indicators. It means that present Karma can modify Karmic carryover from the past.

It is easier said than done. For, one’s discriminatory ability doesn’t play out involuntarily. It has to be consciously invoked, which requires being on full mental alert. The paradox, however, is that by construct, human beings are born with 6 constitutional limitations: 1. Limited creativity 2. Limited knowledge 3. An inherent sense of want, which breeds in sense of desires, leading to other related obsessions such as craving, possessiveness and the like 4. Limitation of time, whereby we look at developments in terms of past, present and future 5. Limitation of space, which tempts us being self-centric and 6. Bound by cause-effect chain. Plus, we are subject to self-created limitations of mind, coming as they may with different sets of experiences one goes through. Mind continuously keeps breeding random thoughts, many of them negative and inconsequential. Consequently, mind gets so cluttered that it hardly allows the space necessary to objectively pursue your thoughts, and with obvious consequences.

If that would not be enough, our sense of ego further plays spoil sport with our thought process. It is tempted to identify itself with inherent desire trends, and pursue them passionately as if that would be its end game. Also, it gets caught up by tempting influences of the seeming world, and sets them as its dream destination. In both cases, ego takes the above influences on their face value, not leaving any scope for the discriminatory faculty playing its part. The result is obvious.