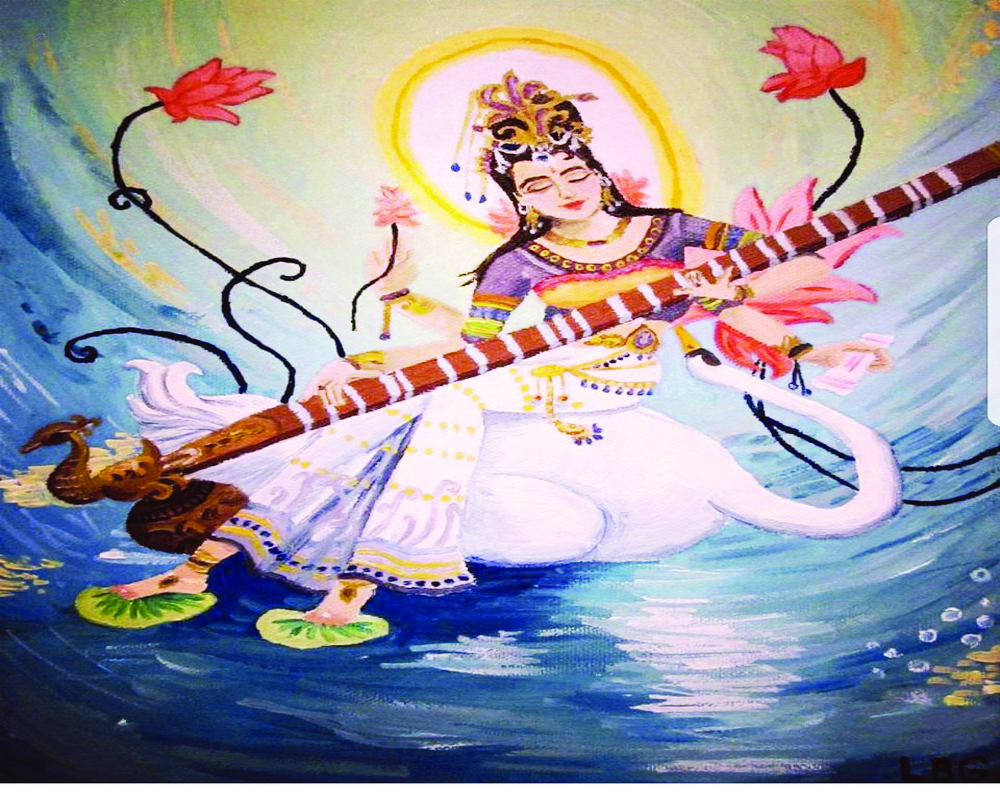 Complex dynamics of man and the universe calls for necessary awareness. That alone would help articulate ways and means to steer life in conformity with the design parameters underlying our existence and secure its smooth run. We need to be aware of our individual as well as collective worth and limitations. For, we are all born ignorant and unaware, primarily driven just by our instincts. We are however, also born with an inherent urge to learn, expand one’s reach and evolve.

The process of learning begins ever since the child begins to respond to suggestions. However, seeing the enormity and complexity of our life mechanism, as also limitations of mind and intellect, it is simply inconceivable to get to know the whole at one go. It does not come about easy either. That evidently calls for a well-articulated step-by-step learning process, as would India’s age-old concept as scripted in the following verse from Atreya Samahita mean.

Literally it means that by birth we are born ignorant. Having learnt how to engage with the living world would mean being born the second time. Submitting to formal education, one becomes knowledgeable. And having realised the realities of life in holistic terms, one becomes wise.

Mind it: By birth one begins with a clean slate, apparently not carrying any impression of worldly object or experience in mind that could serve as a guiding principle. Although armed with all the faculties of mind to comprehend a thing or to act on their own, they do not have any image in mind that may provide them the right lead. They do not have enough of spoken words stock either to describe an object or express their feelings. Obviously, therefore, they would need a lesson in how to engage with the world around.

The children are, however, abound with energy, and curious to know everything that would come in sight. With all that, their minds keep jumping from one object to the other in succession. So, they suffer from attention deficiency. Accordingly, they are to be first given a lesson in the basics, in a manner befitting their age, as would be needed to conduct themselves with ease. Evidently, they are first taught the civic and moral conduct norms. That qualifies them to relate well with the environment and conduct themselves in an orderly manner. Having been brought up to this level will literally mean being born afresh the second time.

Ground is thus laid down to step into the next course of learning, as the mind will still not be at rest. It will continue with its inherent urge to further expand its reach and strike. One is then provided with opportunity for exposure to various disciplines vital to our qualitative existence. Here, a reference to the word “Veda” as reflected in the above verse does not necessarily mean Veda parse. Vedas here implies all the acquired treasures of knowledge covering different aspects of life, be they philosophy, medicine, astronomy, warfare, justice.

However, it was necessary for every seeker to undergo a mandatory grooming process before being allowed exposure to the particular subject of learning. Purposely so that character is built, strength of mind is increased, vision and intellect get expanded. The whole process was directed towards the seeker getting well-grounded so that s/he could approach the subject with an open mind without any egotistical preconditioning whatsoever. The purpose, obviously, is to invoke the spirit of an honest seeker as is usually evident in a curious child. In the process, the seeker develops enough of mental and moral control. That enables him/her to put in all acts together to pursue the learning process in the right spirit following an open enquiry system. The seeker, thus groomed, qualifies to easily grasp true import of the lessons imparted, both explicit as well as hidden between the lines.

It is pertinent to note here that in the ancient India’s tradition, most of the knowledge treasures were purposely scripted in formulated language. It was supposedly done so in order that one could have in store, enough of memory implants in the least possible space and words possible. It needs to be appreciated here that but for honing one’s intellect thoroughly well, it would not be possible to see through the truths veiled under the express words.