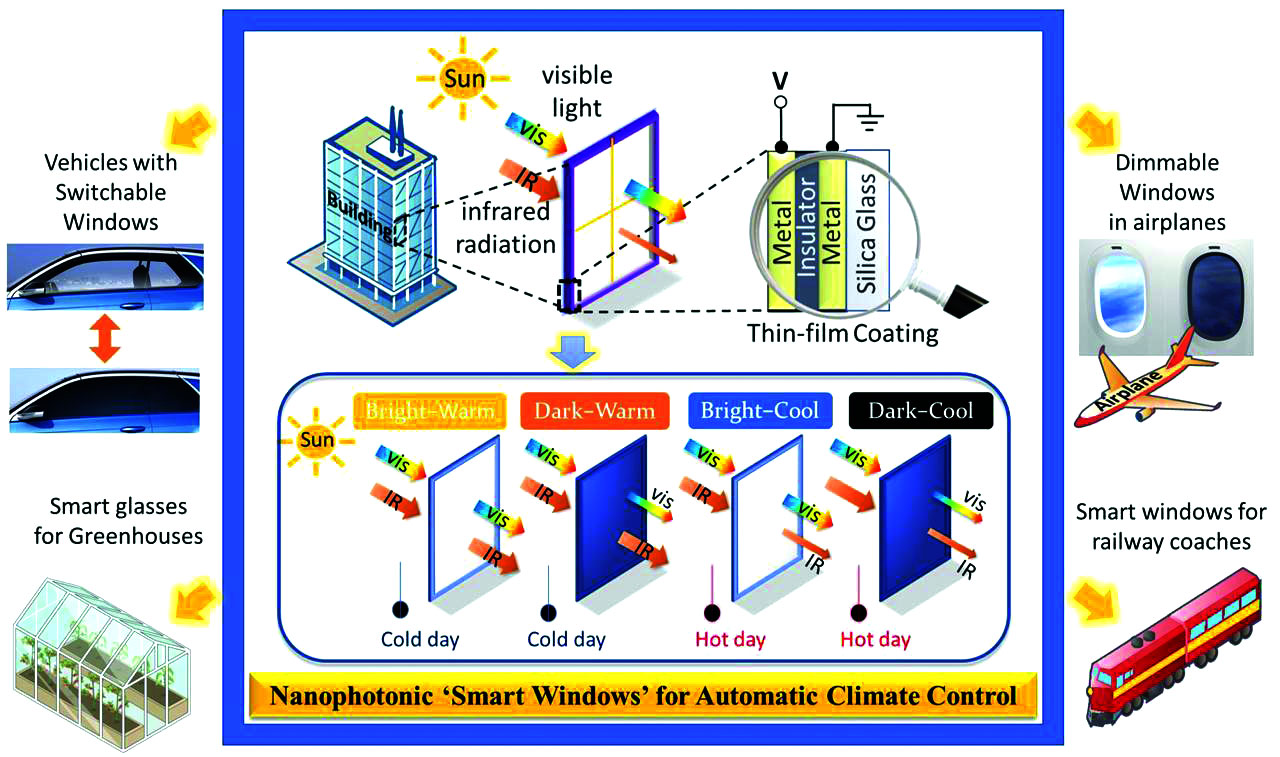 The Indian Institute of Technology Guwahati researchers have developed smart window materials that automatically control climate of the buildings cutting one’s carbon footprint. SHALINI SAKSENA tells you more’ Last week, the heat index in the Capital touched 48°C even as the temperatures hovered around 41°C. While these readings are not alarming given that June is the hottest month in North India, the fact remains that temperatures are rising. This has resulted in more and more people to switch to air conditioners. The individual carbon footprint is on the rise.

According to the United Nations Environment Program, buildings around the globe account for 36 per cent of energy use and 39 per cent of energy-related carbon dioxide emissions annually. Also, to meet the goals of the Paris Climate Agreement, a building’s energy intensity will have to improve by 30 per cent by 2030.

Keeping in mind the climate change and global warming, a team from the Indian Institute of Technology Guwahati (IIT Guwahati) have developed smart window system to keep the buildings cool.

Dr Debabrata Sikdar, assistant professor, Department of Electronics and Electrical Engineering, along with research scholar, Ashish Kumar Chowdhary have designed a smart window material that can control the amount of heat and light passing through it. The materials used will help to develop automatic climate control systems in buildings.

Dr Sikdar tells you that the idea of these smart materials for windows  stemmed from the global warming and the huge amount of energy that is used to keep the building cool during summer months via air conditioners and other cooling systems.

“Let me give you a fact. Almost 48 per cent of the energy of a residential building in the US is used to cooling the building. This is a huge amount of energy consumption. When we look at the vast country like ours, where we have plenty of sunlight for a major part of the year, there is need to smartly manage sunlight so that we can reduce the necessity of using cooling systems,” Sikdar says.

He tells you that due to the COVID-19, people have switched off their ACs due to the fear of cross-infection through aerosol transmission. “Turning off ACs would be a good way to prevent the spread of the virus. However, temperatures are high? There has to be a solution. In India, every room has a window in the house. If one is able to make these glass windows into a device that can control the amount of sunlight and heat that enters the room, we can make a better utilisation of the energy — to maintain the temperature and indoor lighting,” Sikdar says.

This idea led the team to designed a smart window material. This window solution can be tuned to allow the right amount of light and heat to enter the room. These windows have been designed to work in four modes.

Now, suppose it is afternoon and the temperatures have risen. In such a situation all that the person has to do is turn the device to bright and cool mode and the window will go to a mode where it will allow the light to enter but not the heat. “While the room is getting all the light throughout the day, it will not get heated up,” Sikdar says.

Interestingly, the system is a combination of a few materials that are used with a device that helps the window to become smart for automatic climate control. For this, one will have to add sensors. Sadly the materials are not available in the market but there are various techniques to make the windows smart.

The team is working towards finding ways to introduce it in the market at the earliest. But the second wave of the COVID-19 and the subsequent lockdown made it difficult for Sikdar and Chowdhary to look for avenues to market it. However, plans are in place to ensure it is available to the people as soon as possible.

Another reason for the team to look for smart solution stemmed from the fact that there has been increased attention to sustainable architectural designs for better light and heat management in buildings.

Having a smart windows system is the first step for such structures,” Sikdar says.

While initially, the team thought of using gold and silver as the metal layers for the windows, the model was made using cheaper alternatives like copper and transparent semiconductor like as indium tin oxide to keep the cost down. Plans are afoot to use cheaper material and the smart glass material can easily fabricated using existing state-of-the-art nanoscale fabrication methods and find its application in vehicles, trains and airplanes.

However, the solution is not like an AC nor does it work on the same principle. “The smart system is not an AC where say the outside temperature is 45°C and a person a turns on the device and the room temperatures comes down to 25°C in a few minutes. It is a device which is in the room and if one turns it on to the mode of choice — bright and cool one is essentially not allowing the heat to enter the room. It doesn’t mean that the room will not heat up. There are other factors that contribute to the heat in the room like how many walls are exposed to direct sunlight. Heat can be absorbed by the walls. The only difference that this device will make is that if the room temperature would have gone up to 36°C, with the smart windows material system it may remain at 25°C,” Sikdar says. It took the team two-three years of research before that came out with this smart solution.

The device can work or 24X7 and 365 days. One is told that the device doesn’t have much night-time utility but one can use the mode on dark and cool. Heat from other sources are also at the minimum keeping the room somewhat cool in comparison. Also, the dark and cool mode can work like a curtain,” Sikdar says.