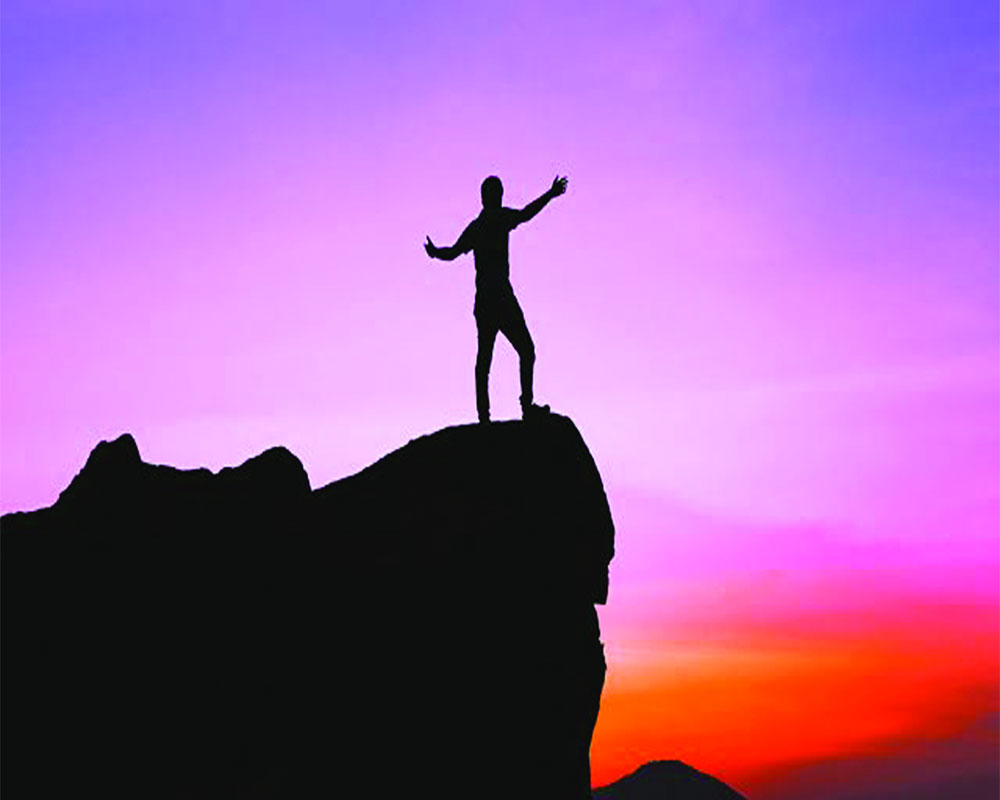 From a 15-year-old who has designed a model that uses photographs to identify children afflicted with Down Syndrome to a 16-year-old who has been working with the transgender community to a 25-year-old IT professional who decided to work while on the move, the young are carving a niche for themselves and doing things differently. SHALINI SAKSENA tells you more

One would hardly associate a 15-year-old to work on a model that can detect Down Syndrome (DS) and prevent deaths. At present, 20,000 die with it in India. But this is precisely what Saanvi Mehra of The Shriram Millennium School has done. The 15-year-old who submitted her model to Google India Code Learn Contest 2020 not only won it in the Class IX-X category, but the model will be a boon for those suffering with DS.

Mehra chose this project because the DS prevalence in the country is estimated at roughly one out of every thousand children leading to over 30,000 children being born every year with this genetic disorder with survival rate standing at 44 per cent.

There is a more personal reason why Mehra chose DS as a project. It was during her mother’s second pregnancy. It was suspected that the baby was at a high risk of DS.

“Fortunately, we were living in a metro and were privileged to be able to afford the necessary tests but I know this is not the case for everyone. Since it was so personal to me, it struck me as something worth raising my voice. In India the penetration of smartphones is more than the basic healthcare; early detection of DS and treatment can change the lives of many,” Mehra says.

The Class X student has always been inclined towards technology. She tells you that she came to know about the Google India Code Learn Contest when she was in Class VI.

“I had won the contest when I was in Class VI as well. It was for a book donation app called Vidyadaan that facilitates book donation. The app connects donors with those who need books utilising the surplus of books created each year. This year, I saw it was in the AI & ML category. They provided us with Google Cloud AutoML engine. I had a lot of time in my hand during the lockdown. I had also done a course in AI for Everyone by Andrew Ng. I was confident I would be able to showcase my talent,” the 15-year-old who loves to read and cook tells you.

She took photographs from a dataset and statistics from the Internet to train an AutoML model using API which is the visual AutoML. Children afflicted with DS have certain distinctive features like slanting eyes and flat nose bridge. She set these parameters and adjusted the sensitivity of each feature to determine DS. She trained, tested and deployed the model by repeatedly adjusting the sensitivity of each parameter.

She tells you that at present, there is no app only a model but she is working towards creating an app that will make things easier in the future. For now, she wants to test the clinical validity of the model. “I plan to test the validity of the model. All one has to do is send a photograph of the child to me. I will feed it into the model and do the test,” Mehra says who started working on the model in October 2020.

At present, she is looking to broaden the dataset in a real time environment and make the process, background and lighting more uniform in existing photos that she has. The idea of taking a photo under set conditions makes it possible to ease the process and perfect the model before using it in real time.

“Suppose the parent had to use the model, I would ask the parent to go out in the open to take the photo so that the camera can recognise the facial features better,” Mehra says who is interested in pursuing AI, ML, technology and loves to study Computer and Biology. She plans to apply for a double major or a dual degree.She tells you that as of now, she is in talks with doctors who have been impressed.

“They are interested in the accuracy but would like her to make the process more uniform and come to the hospital  and take photos of kids with DS and check for accuracy and then run tests to see if the child is really afflicted with DS and take it to the next level,” Mehra says.

Equality for all, including transgenders

For now, this 16-year-old has taken a break from what she loves doing — writing — something that she has been doing since she was nine years old. Saranya Bhattacharjya is busy preparing for her Class XI Boards. However, once she is done with her exams she will be back to writing poems.

What makes Bhattacharjya different from your average 16 year olds is that the proceeds from her poems titled Clash With Reason that got published recently will go towards raising funds for the transgender community via the Mitr Trust. The book is published by K2 Publishing and is available on Amazon and leading bookstores at `499.

The poems are a collection of everything that she has been writing in a Blog. “But when the present epidemic broke out in 2020, she understood that the condition of the transgenders was even worse. I had been interacting with the community for the past two-and-a-half-years through Mitr Trust run by Rudrani Chettri. I found out that these people didn’t have access to basic necessities like food and medicine. That is when I decided to compile the poems that I had written in a book and get it published and raise funds for this community from the sale of the books. All the money that I will get from the sale will go towards bettering the lives of the transgender community,” Bhattacharjya says who plans to pursue Humanities.

In order to compile the book, she took the help of her friends with the art work to correspond with the poems that she has penned. However, this is not the first time that she has been published. Back in 2015, her poems found their way into Global Citizen. She has also been published in her school magazine a few times and a text book in the North-east also finds a poem written by her.

Her work with the transgender community began at an event organised by the Angles Network that her mother started. This is where she met Chettri. Like most people, Bhattacharjya was also scared of the transgender due to the stigma attached to them. After her conversation with Chettri, Bhattacharjya’s perception of the community changed.

“I admired the work that Chettri has been doing for this community. I wanted to know more — about their living conditions. I slowly understood that they are people like you and me and don’t need the ridicule that they face daily. I found out that they are grossly misunderstood and treated as piranhas and outcasts when they shouldn’t be,” Bhattacharjya tells you.

A major part of her work entails spending time going to their homes and talking to them, finding out how their lives are different from ours and how one can better their lives. On her 15th birthday she collected all the money that she got and bought things that they needed.

“We have a lot to learn from them. They are far more empathetic. The most significant problem that they face is that they don’t get jobs and opportunities to study,” Bhattacharjya tells you.

Her friends are supportive of her since Gen Z is all about equal opportunity.

“There is still a long way to go. I have a few ideas on how I want to proceed further and will take it up once my exams are over. The reason why this community is viewed differently is lack of knowledge on our part. Another problem is that since they are not well-educated, our perception of them is different,” Bhattacharjya says.