Dialogue a new strategy to deal with Maoists

Dialogue a new strategy to deal with Maoists 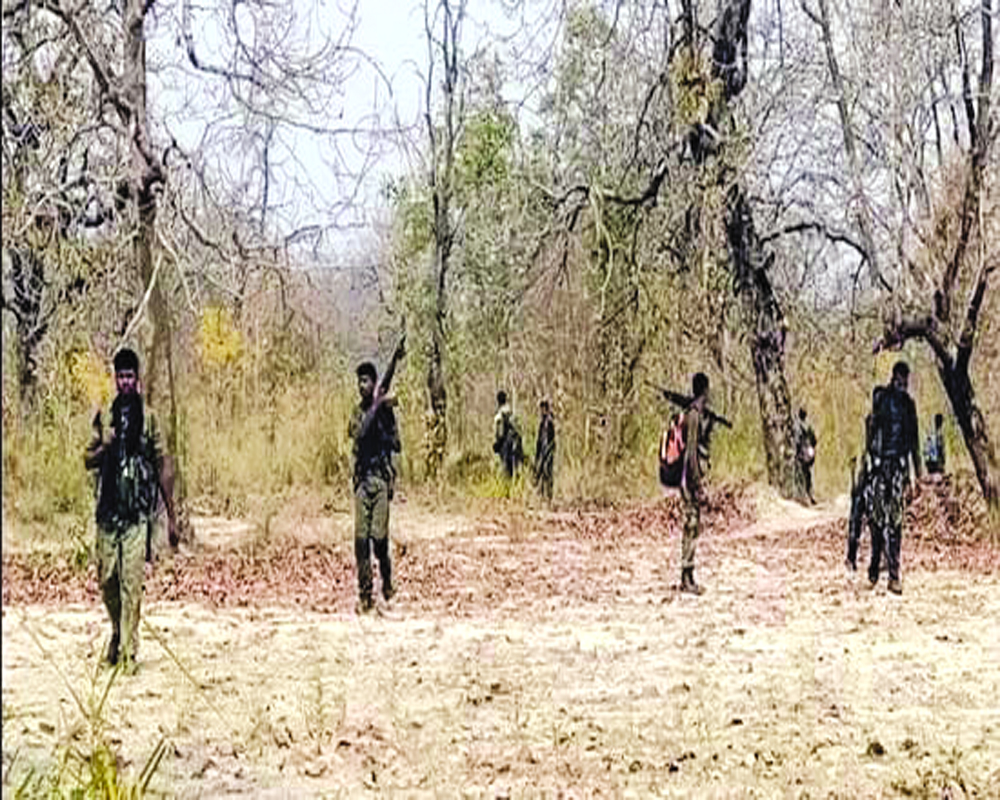 The Government should start engaging Maoists in dialogue through multiple channels. We must understand that the Maoist conflict in its close to six decades of existence has produced a host of resources that have benefitted the elites across the spectrum. In this process, the underprivileged population has been at the receiving end, while the security forces have laid their lives. Peace talks can bring an end to this menace

The loss of twenty-two security officials in a Maoist attack in Chhattisgarh has once again raised concerns over the protracted Maoist violence. The concerns following the incident have raised critical questions, especially over the nature and effectiveness of the counter-insurgency operations. Such questions are valid considering the identical pattern in which the security forces have been trapped by the Maoists, be it in the case of Gadchiroli in Maharashtra in 2019 or the cases in the Bijapur-Sukma region in Chhattisgarh in 2020-21. The identical pattern in which many security forces have lost their lives to the Maoists invites criticism on the preparedness, tactical capabilities, and intelligence-gathering aspects of the former.

Following the latest episode of Maoist violence, the Chief Minister of Chhattisgarh was quick to reject any chances of intelligence failure which would have been the major factor leading to the casualties. While there have been questions on the tactical capabilities of the security forces, certain important developments related to the Maoists have been completely overlooked.

An important episode that has gone unnoticed is the conditional “peace talks” offer by the Maoists. In a press statement dated March 12, the spokesperson of the Dandakaranya Special Zonal Committee offered a conditional peace dialogue with the Chhattisgarh Government provided three conditions — withdrawal of the security forces; removal of a ban on the Maoists; and the release of the Maoists cadre arrested by the government — were fulfilled. Such a conditional offer from the Maoists came as a reaction to one “Dandi March 2.0” which was organised by civil society organisations, endorsed by the Chief Minister of Chhattisgarh, for peace in the Maoist-affected areas.

Coming down heavily on the peace march, calling it a hoax, the Maoists invited the Government for peace talks. While such conditional peace talks offer coming from the Maoists is not unprecedented, the timing of the offer needs to be merited. It is safe to argue that such peace dialogue offer was the first of its kind after the Maoist organisation had witnessed a change in the leadership. The new leadership of the Maoists (Nambala Kesav Rao alias Basavraj as the General Secretary and Madvi Hidma as the chief of the military), as many believe, has got very little to do with the romantic notion of “revolutionary” ideology. Rather, they want to scotch the understanding that the Maoists are on their last legs.

The militant posturing of the new leadership of the Maoists is a testimony of its dwindling support base and shrinking territory limited only to some pockets of Chhattisgarh. The violent episodes targeting the security forces are acts of desperation with motives to keep the armed cadre motivated and to make the state machinery acknowledge their presence. Against the backdrop of militant posturing and peace talks offers by the Maoists, the responses from the security forces merit a critical examination. It is important to mention that while the military approach has been a robust strategy in bringing down the violence level in the Maoists affected areas, the tactical failures in certain cases have cost the security forces heavily. As the Maoist movement under the new leadership would make all attempts to revive the organisational strength, the security forces need to tweak their tactical capabilities.

A major focus in this direction should be in terms of strengthening credible human intelligence network. It is only possible when the local people have more trust in the security forces and other state machinery than the Maoists. The recent incident does not necessarily reflect on lack of intelligence, but the credibility of the complete intelligence can be questioned. The intelligence input about Madvi Hidma’s presence that prompted the operation of 2,000 security forces turned out to be a trap which reflects on lack of complete information. Large-scale operations with partial intelligence input are bound to face such fate.

Secondly, there is a need to rethink the “grab the kingpin” approach. Apprehending and neutralising the leaders of the Maoists have been a critical tactical policy to minimise the risk of violence. While the merit of this policy should not be unfairly questioned, it needs to be revisited depending on the specificities of the situation. It is important to mention that the present leadership of the Maoists which largely believes in violent activities to revive the movement would be on the back foot if a greater number of armed cadres are targeted.

A third critical issue is on the morale of the security forces. On one hand, the security forces have been able to contain the Maoist violence to a great extent, on the other hand, in the pockets of Chhattisgarh the Central Armed Police Forces (CAPF) have also suffered major casualties. The large-scale killing of the security forces by the Maoists would hurt the morale of the CAPF. The experience of fighting the outlawed Maoists suggests that specialised forces drawn from the State police like the Grey Hounds have been more effective than the CAPF. Better understanding of the local areas and language and easy access to the local population are some of the important advantages of the State police over the CAPF. Considering the local support base of the Maoists, better coordination between the State police forces and the CAPFs would boost the morale of the latter.

Apart from the role of the security forces, the Governments at the State and Central level need to seriously think of going for peace talks with the Maoists. As mentioned before, the Maoists have taken a step forward, though conditional, towards peace talks. The least Governments can do is to start engaging the Maoists in negotiation process through multiple channels. We must understand that the Maoist conflict in its close to six decades of existence has produced a host of loot-able resources that have benefitted the elites across the spectrum. In this process, the underprivileged population has been at the receiving end while the security forces have laid their lives.

(The writer is an Associate Professor, National Institute of Advanced Studies, Bengaluru)