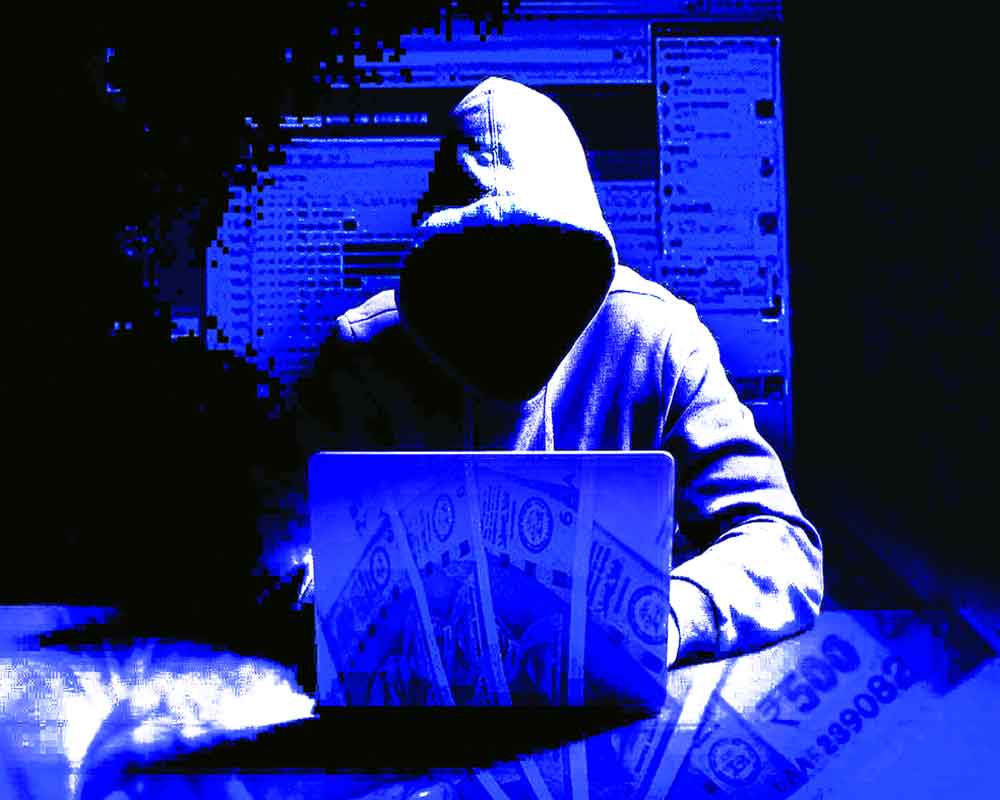 Everything has gone digital, and so has the sex crimes. The rising number of sextortion cases calls for immediate attention. MUSBA HASHMI speaks with experts to tell you more

Your phone beeps, you unlock it only to find a new notification from some social media site. A new friend request, it says. You find the profile picture of the person attractive and within a matter of minutes you both are connected and have become virtual friends. The friendship moves forward and now it is no longer about just messages, but video calls too.

A few days later, you receive a text that sends chills down your spine. Your private photos and videos are on the verge of being leaked online. You have fallen prey to sextortion. What would you do?

While the aforementioned scenario may sound like a scene from a Bollywood movie to you, it is as real as it can be. According to several studies, sextortion cases are on a high in many States. Not only this, recently about 100 Bollywood celebrities became a victim of sextortion.

“With technology taking the center stage, sextortion is becoming increasingly common. This is done in several ways. One, malicious entities hack your cameras and can get access to your private life, without you knowing about it. They can record your daily activities and can further use it to blackmail and extort money. If one is to wonder, how can one hack into your camera without you knowing, it is not something unusual. This can be done in several ways depending on the expertise of the hacker. One way is when you download a malicious file from an unknown source, it gives the hacker full control of your device. Moreover, you won’t be able to find it out ever because the camera light will not blink in this case,” Ehraz Ahmed, a Mysore-based ethical hacker, security researcher and Founder, StackNexo and Aspirehive, tells you.

The second way, Ahmed says, is supposedly when a person is surfing through certain inappropriate sites, hackers manage to track his activities and store the data, and later, on the basis of this, can blackmail him.

“When you visit any such site, you may be redirected to a malicious website where they can ask for your sensitive information, including name, age and email address. This information can further be used to blackmail you,” says Ahmed.

Er Ashutosh Verma, Cybersecurity Analyst and Founder, Exalta India, agrees with Ahmed and says that the current pandemic has brought an epidemic of sextortion as flesh trade crimes have gone digital.

“Dating apps, pornographic contents and social networking platforms are the deep dark web’s easiest methods and hotspots for perpetrators to find and trap you. Every website has its background cookies storing system like Google stores your searched data to provide you with a better-personalised experience with earlier suggestions. But, perpetrators use those cookies to start tracking you digitally. In addition, hackers have trap mechanisms in popular websites. For example, pop-up traps divert your attention immediately, and the malware gets activated when you click on them. Once they get their malware onto your system, they can track your online history. They use all this information to scare and blackmail you into giving them pornographic content or money,” says Verma.

One such recent case, Verma says, was reported for a Smart TV hack, situated in the very bed room. A Government scientist had gotten trapped by a girl online who got kidnapped then later had to be rescued. “Another one was where a Bangalore-based business man’s wife got trapped in online sex racket as her phone was hacked and the hackers had the access to her personal photos and videos, they used them to compel her. The most famous victim of sextortion would be Jeff Bezos, CEO of Amazon. While he could stand up and voice the attempt of sextortion on a public platform, many people cannot and do not stand up against their blackmailer and fall prey to cyber bullying and cybercrime,”  Verma tells you.

However, keeping safe from such incidents is not a Herculean task. One just has to stay alert and not fall for easy traps.

“First and foremost, if you ever sense a risk of your device’s camera being hacked, cover it with a black tape. This will block the view. Second, it’s a no-brainer that one shouldn’t open any suspicious links or websites, no matter how lucrative they might look. Third,  make sure your devices are secured with antivirus. Most of the time, we don’t renew our antivirus license, this poses a major threat. Do this on priority, just like you do with other household safety stuff. Remember, your devices are no less precious,” explains Ahmed.

Pooja Sareen, Cyber law and cybercrime expert and a Criminal Advocate, says that from extortion to sextortion, crimes have increased manifold, that too without having to put in too much of effort.

“Recently, eight accused have been arrested in this connection on August 18, 2021, most of whom are Class X-Class XII pass, as per a police officer. No kidnapping, no effort, no pain, just make a sex video and what a fabulous gain. From extortion to sextortion, crime has multiplied manifold to attract bulky ransoms. Such a loot it is, and not to mention exploitation of your private moments too,” says Sareen.

She recalls: “A 48-year-old who reported the matter to the cyber cell police department complained that she got a Facebook Live request from a friend that she had added to her FB friend list. While she was watching the Facebook live water yoga session, she was in her washroom, all naked doing yoga. Everything seemed perfect, until she got a call the next day asking for a ransom of `15 lakh. To her surprise, her nude yoga was recorded by the wrong doers, while she was under the impression that she was only watching a normal live session, but did not know that her session was also getting recorded.”

Sareen further adds and tells you that trapping laymen into this is very simple. You will get a call, often during late night hours, from a completely nude woman. She traps you in soft conversation, and lures you into having private moments with her, without you having an idea that your mobile screen was controlled by the crooks.

“A video of your private life was made. Soon after you hang-up, you get a YouTube link, in which you are engrossed in self sex, which you indulged in just a couple of minutes back. You are in a fix. You get a call, for a ransom of `15 lakh, else the video link would be made viral. Your relatives, your near ones, may be your wife, or your husband, too, will have the access to the video, what will they think of you? You are still deciding how and when to arrange for this handsome amount of money, you get another call,  perhaps one every two hours and the amount will be increased by `1 lakh each time,” says Sareen.

This is not all. Sareen says one could be trapped in sextortion matters even without indulging in any conversation or act, as the culprits use the face, and the body is photoshopped in such a way that it looks real in every way and  then the  money chase game begins — `10 lakh, `15 lakh, `20 lakh and so on. A layman is terrified and desperately wants to come out of this situation and hence, ends up paying the sum.

“However, this is not something one should do. There are possible legal remedies, if you are victimised in such a situation. First, don’t panic. Do not delete any messages or your video or pics, if any. Next, report the whole matter to the online FIR cell, else call at 100 and complain, also record this call. Do not pay a single rupee, rather have the account number notified to the police officials. Don’t be scared of this situation, fight it through,” explains Sareen.

The silver lining is the wrongdoers will be imprisoned for three years and a fine will be imposed on them. “If you report the matter to the police well in time, the police can nab the wrongdoers. Their IP addresses could be located, and they could be put behind the bars much before trapping any other innocent into their evil games,” opines Sareen.