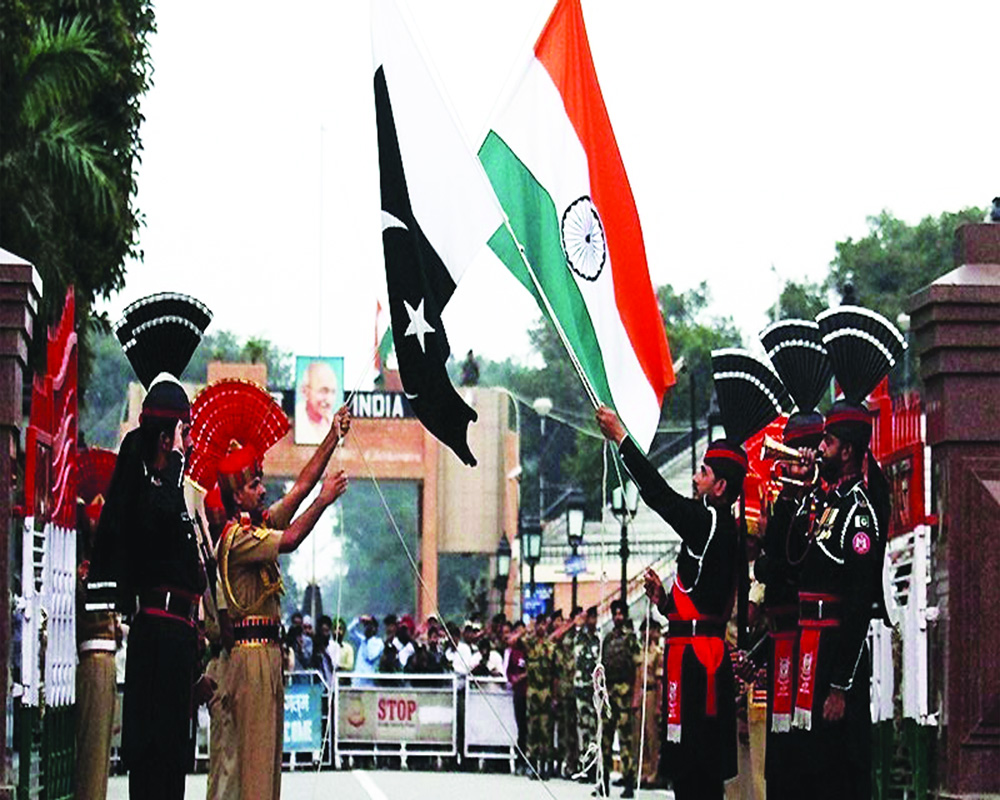 India has always been a peace-loving country trying its best to maintain cordial and mutual relations with all its neighbours. India’s ethical stand and historical efforts to promote peace and cooperation not only encourage harmony butalso reflect how sincerely it recognises that peace brings prosperity and development whereas violence certainly has an adverse effect.

The grave impact of terror and violence doesn’t affect only a particular region but all its neighbouring countries as well. Therefore, India has constantly contributed to promoting the welfare of the people of South Asia, strengthening collective self-reliance, mutual assistance in various fields and cooperation with the international and regional organisations developing historical relations after becoming the SAARC member.

Even during the cold war when the world was divided into two parts, India strove to remain non-aligned. This shows India’s dynamic and constructive policies of pursuing India’s dignity and veracity in a polarised world, which is worth appreciating. But, India has never compromised with others when its safety & security are at stake.

The India-Pakistan relationship remains one of the most discussed topics in the contemporary world. Both the countries had numerous military conflicts ranging from nuclear threats to conventional wars. Though some potential solutions to the rivalry have periodically been tabled, no signs of the final conclusion have  been noticed yet.

After the most noteworthy India-Pakistan peace-process under the leadership of Atal Bihari Vajpayee in 1998, now the momentous and visionary initiatives of the Government of India under the leadership of Prime Minister Narendra Modi to strengthen India’s relations with its neighbouring countries are another convivial boulevard that further evidences India as a peace-loving nation in a true sense.

Realising the changed global order and economic importance of the region, the UAE according to media reports, initiated and brokered to ease the present stand-off between the two countries. This is not a new phenomenon, there had been some power which played important roles as brokers and potential peacemakers in the past as well.

For example,the USA following the war of 1965, the Soviet’s role in hosting peace talks in Tashkent following the 1965 war, the USA again acted as a broker at critical points such as the 1999 Kargil War.

As a matter of fact, in the contemporary global scenario, India is undeniably a highly credible voice with incredible foreign policies, so India doesn’t need any external third-party mediation. India is more than capable of handling all its issues independently. However, since India believes in regional peace and cooperation, it always respects the external opinion elegantly.

The concerns of the third-party mediators and well-wishers further intensify the efficacy and gravitas of the strong Indian foreign policies and initiatives that leave substantial impacts on the overall interests of other countries as well.

There is a liberal perspective that trade brings peace between the nations. Europe has learnt lessons from two world wars. The loss in human life and in material goods was beyond any calculation. The economic consequences changed Europe from creditor to debtor. England that had once been the superpower went back to scratches and had an overseas debt of 3.355 million pound after the war. Therefore, the leadership of both countries should explore all possible options to solve the perpetual disputes on all issues.

According to the Directorate General of foreign trade, Ministry of Commerce and Industry, Government of India, bilateral trade between India and Pakistan in 2015-16 was approximately $2.61 billion which according to Future Direction Magazine’s report is a very small part of its overall trade as both sides recognise that bilateral trade has the potential to reach US$30 billion, ten times its current value.

According to International Affairs and Global Strategy reports, India and Pakistan are doing trade through two channels. The official trade which takes place through border to border directly and the other one is unofficial or illegal trade via third countries.

Though the formal trade is meagre with the current volume around $2.61 billion, the informal trade volume is massive about $8-10 billion. About 90 per centof India and Pakistan trade is consistently informal. If their trade andcommerce relations stabilise, it will augment the formal trade and both the nations can develop and prosper paving the way for trade and business that eventually shall abate the poverty and unemployment in both the countries.

The present positive developments may provide a golden opportunity for both the nations to start dialogue, opening new doors to enhance the bilateral, social, political and economic relations. It is a fact that India-Pakistan relations have significant impacts on the stability in Asia and on the global order. Having said that, if the peace-process begins, this will send a robust message to the Indian subcontinent in particular and the entire world in general.

(The writer is a faculty member of King Abdul Aziz University, Jeddah)