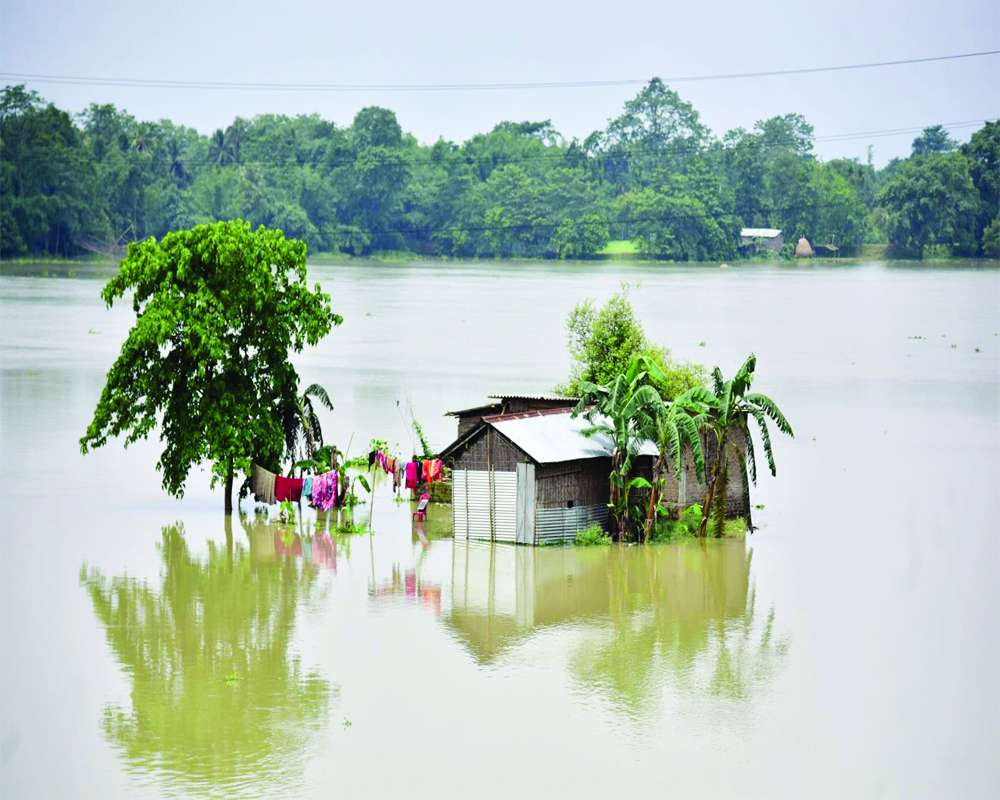 Integrating gender in disaster management & recovery is of utmost importance. Awareness & advocacy of disaster risks and vulnerabilities among all stakeholders from local to national level should be key in disaster reduction, writes Shreya Basu

One of the grave realities and challenges of today’s time and era is Climate change. It has become integral at all levels of the existing world. Just like Newton’s third law — “Every action has an equal and opposite reaction”, Climate change is the consequence of our various actions which is constantly affecting and altering our living systems. One such long term alteration has been the increase in frequency and severity changes in extreme weather such as hurricanes, heatwaves, wildfires, droughts, floods, and precipitation; and cloud and vegetation cover changes. These disasters are occurring at a continuous pace and pose critical harm to the environment and society at large. According to Climate Risk Index 2019 by German watch, in the past 20 years 5,25,000 people have been killed by more than 11,500 extreme weather events and trillions of dollars have been lost in damages.

Disasters do not occur in silos. Whether it is a natural or man-made disaster, other than being an environmental phenomenon, it is also an amalgamation of economic, social and cultural phenomenon. We often associate disasters with loss of lives and damage to the environment and the property. But we seldom tend to forget that it is deep rooted in the social and cultural phenomenon when it comes to vulnerability, risk and resilience. Before moving on, let us try and define the terms vulnerability, risk and resilience. According to the United Nations Office for Disaster Risk Reduction (UNDRR), Vulnerability describes the characteristics and circumstances of a community, system or asset that make it susceptible to the damaging effects of a hazard. Risk (or more specifically, disaster risk) is the potential disaster losses (in terms of lives, health status, livelihoods, assets and services) which could occur to a particular community or a society over some specified future time period. Resilience is the ability of a system, community or society exposed to hazards to resist, absorb, accommodate to and recover from the effects of a hazard in a timely and efficient manner, including through the preservation and restoration of its essential basic structures and functions. For every term explained above, community and society are the central themes where Gender of an individual plays a very important factor in shaping the needs of these societies.

Gender identities determine opportunities, responsibilities and resources, as well as powers associated with being, male, female, transgender, agender etc. Gender also defines the relationship between these individuals. Difference in the socio-economic and cultural background with distinct vulnerabilities make a man, woman, girl, boy, eunuch etc. of different age groups shape their risks and recovery during and post disaster in a unique way. They are context and time-specific and changeable too. Understanding and sensitising gender differences before, during and post a disaster is critical and crucial.

Gender sensitisation provides a space to understand the inequalities of exposure, risks and the ability to adapt to one gender over the other. Several research studies and observations have shown that both communities of developed and the developing world have indicated a skewed representation of facilities, resources, opportunities and access when it comes to gender. The decisions taken in pre and post disaster management are skewed in favour of the male gender in majority of the times. Women or girl child or transgender or any other gender knowingly or unknowingly have to bear the brunt of these “not so thought” decisions. Due to differences in adaptive capacities according to situations and contexts, any gender other than the male gender has been on the receiving end of miseries from a very long time. While assessing risk, one can argue that a woman, girl or transgender etc, fall in the most vulnerable category. They are the main victims of natural disasters. There are several examples from all over the world where these genders have faced incidences of violence, sexual abuse, injustice and deaths during the disaster recovery phase.

Women and girls tend to have higher mortality rates than men in the wake of a natural disaster which affects them more adversely if the intensity of a disaster is very strong. Having said that, the socio-economic status also determines the life expectancy of the female gender. Lower the socio-economic strata more the gap between male and female deaths and higher the socio-economic strata, lesser the gap between male and female deaths. In developing countries where societies are more patriarchal in nature it has been observed that women tend to remain within the premises of their own house and take care of the household whereas men dawn the role of the bread earner of the house. They take care of the belongings that happen outside house premises. When disaster strikes in such settings, women find themselves incompetent and are at risk more when it comes to face danger. They lack skills like swimming or climbing the trees which are traditionally taught to men. They are reluctant to move to shelter places as these communal facilities are devoid of private spaces for them. In some countries, the women also have lesser intake of nutrition leading them to be weaker than men in strength. They are unable to cope up with harsh adversities increasing in the number of deaths. Post disaster many women, girls, transgenders face brutal circumstances where they are sexually assaulted, raped and are beaten to death. Human trafficking also increases in certain scenarios. Living in communal tents and shelter homes, they are constantly harassed for sexual favours to gain access to relief or recovery assistance. In a lot of societies men being the sole earner of the family face a lot of depression when they lose their source of income. They feel ashamed in asking money from the lenders or working at a lower position than before. In these circumstances, the increased workload puts a burden on the females of the house. They must take care of both households and earn a living.

Thus, integrating gender in disaster management and recovery is of utmost importance. Awareness and advocacy of disaster risks and vulnerabilities amongst all stakeholders from local to national level should be key in disaster reduction. Capacity building from the perspective of gender keeping in mind the socio-economic and cultural phenomenon should be approached. Basic life saving skills should be taught at all levels like swimming, climbing tree, first-aid, etc., irrespective of gender. Risk assessments should also be done through a gender focused lens. Toolkits like surveys, questionnaires and software should be developed to train and equip individuals for risk prevention and emergency preparedness. Gender-responsive recovery should also be taken up. Financial aid becomes crucial for the communities and the individuals post a disaster. Not only from the perspective of supplying food, water and temporary shelter, the governments should also help the affected people to set up their own source of livelihood. For example, In Haiti, post 2008 hurricanes and tropical storms, United Nations Development Programme (UNDP) conducted post-disaster recovery support by uplifting the women’s position in the society by giving them access to funds to restart their businesses and revive their agricultural fields which in turn helped in reviving the Haiti economy. Therefore, to have a holistic and a comprehensive way forward in disaster risk reduction and recovery, one should realize and remember the power associated with any Gender in every aspect of life.

The writer is Fellow, Anant Fellowship for Climate Action