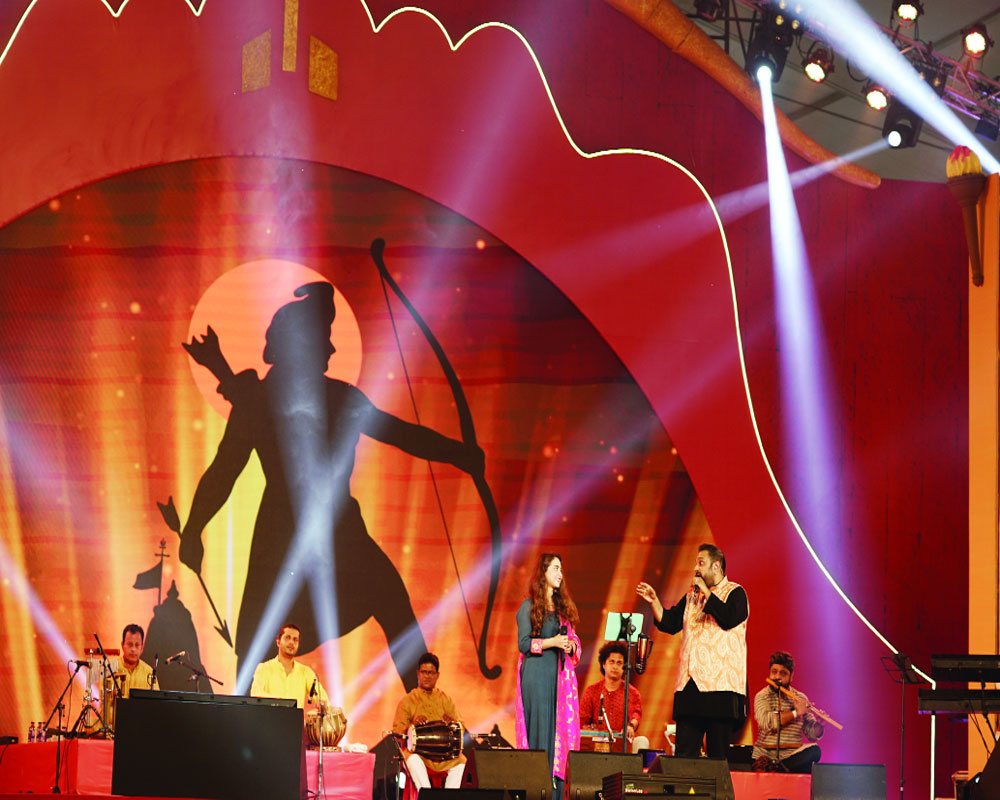 To relive the glory of bhanja Ram, Chhattisgarh Tourism launches a new religious tourism circuit, titled Ram Van Gaman Paripath, covering the spots touched by Lord Ram, Mata Sita and brother Lakshman during their exile in the state. Navneet Mendiratta shares the story of the grand launch of the trail

There is a quaint little village near Raipur in Chhattisgarh that is said to be the parental home of Mata Kaushalya, Raja Dashrath’s wife and mother of Lord Ram. In the village is the only temple in the world that is dedicated to her. The region was said to be a part of Dakshin Kaushal or Kaushal raaj, where Mata Kaushalya came from.

Taking pride in being his maternal home, people of the state see Ram as the nephew of the land (bhanja in Hindi). It is said that Ram spent 10 out of 14 years of his exile in the forests of Dakshin Kaushal.

The people of the region, in fact, have unique tradition binds the mama and bhanja together in a deeper and reverent way. In honour of Lord Ram, even today, the people put the nephew on a pedestal and, irrespective of the age, the uncle (mama) pays obeisance to the nephew (bhanja) instead of the other way around.

And now for the very first time, the Chhattisgarh government has taken it upon itself to mark the trail and promote it as a tourism circuit. Called Ram Van Gaman Paripath (RGVP), this circuit will cover nine spots along the forested route taken by Lord Ram, before he entered Maharashtra.

Covering a length of 3,000 kms, the Chhattisgarh section of the path starts from Koria district in the north to Sukma in the southern-most part of the state. The nine sites that make a part of the first phase include: Sitamarhi-Harchowka, Ramgarh, Shivrinarayan, Turturiya, Chandkhuri, Rajim, Sihawa, Jagdalpur and Ramaram.

It is believed Lord Ram entered Chhattisgarh from Sitamarhi-Harchauka area in Koriya district. Located on the banks of Mawai River, the Seetamadhi-Harchauka’s cave houses 17 chambers in it. A structure marked Sita ki rasoi is indicative of their stay here, believe the locals. People also believe that Ram worshipped the Shivling during his stay in the cave.

Moving onward with his journey, Ram left Ghaghra and arrived at Kotadol, crossing the Ramgarh hills in Sarguja district. Ramgarh is known for Sita Bengra and Jogimara caves. The locals believe Lord Ram spent a few days of his exile along with Mata Sita and brother Lakshman in these caves. The caves also find a mention in Kalidasa’s famous piece of literary art Meghdootam. Ramgarh is also renowned for one of the oldest ‘natyashala’ (amphitheatre) where Meghdootam was composed.

The next location is where Lord Ram is said to have accepted the berries offered by Shabari. It is said that Sharbari (a tribal woman) had tasted the berries one by one to ensure that she fed only the sweetest ones to Ram. Called Shivrinarayan, the location is a now small town located at the Triveni Sangam (the intersection of 3 rivers) — Shivnath, Jonk and Mahanadi in the Janjgir Champa district.

The village of Turturiya is where Rishi Valmiki had his ashram. The ashram is said to be where Sita gave birth to the twins, Luv and Kush. This place is of great religious and cultural significance as it here where Maharishi Valmiki is said to written his epic work, Ramayana, that brought the legend of Ram to the world.

Chandkhuri sits in the middle of the trail. As you move south, you come to Rajim, where Lord Ram is said to have spent some time of his exile in the ashram of Rishi Lomash. Rajim is located at the confluence of the Mahanadi, Sondhur and Pairi rivers and is also known as the Prayag of Chhattisgarh. The Shivling, believed to have been established by Mata Sita, is now housed inside the famous Kuleshwar Mahadev temple. It is said that even today during the floods, the Shivling does not get submerged.

Sihawa, the revered place of Sapt rishis (seven sages) is the place of origin of the divine Mahanadi River. According to a folklore, Lord Ram spent a significant amount of his time at this place meeting and consulting the seven great sages — namely Shringi Rishi, Muchkund Rishi, Agastya Rishi, Angira Rishi, Kankar Rishi, Sharabhang Rishi and Gautama Rishi.

In Jagdalpur are situated the historic Kutumsar Caves, where Lord Ram is said to have spent considerable time. Located in the famous Bastar district, Jagdalpur was the capital of the erstwhile princely state of Bastar. Even today, a 500-year-old festival, ‘Bastar Dussehra’, is held that runs for 75 days a year.

The ninth destination in the trail is Ramaram in the Sukma district. This is where Lord Ram is said to have worshipped Bhoomi Devi, a Hindu deity representing the earth. It is believed that you can see the footprints of Lord Ram even today.

The entire trail can be covered over a period of 10 days, shared Anbalagan P, Secretary Tourism, Chhattisgarh. According to him, these are only nine of the 75 locations on the trail that the state plans to develop over time.

The state is also looking at hosting several festivals to push tourism in the state over the next few years, shared the State Chief Minis, Bhupesh Baghel. “We want the tourists to experience the state hospitality and view it as a religious, cultural and ethnic tourist destination,” he said.

It was with this objective that the Chhattisgarh Tourism Board held a grand launch of the trail on the first day of Navratras. A 51-feet high statue of Ram set against the ancient Mata Kaushalya temple was unveiled. The temple complex wears a grand look following the beautification drive undertaken by the government.

The grand event, curated by Yasmin Kidwai of Springbox Films laong with Brandwidth Events, saw a musical opening dedicated to Lord Ram. Local as well as famous national artistes, such as Shankar Mahadevan, Indian Ocean, Kabir Café, Sukriti Sen and V.Unbeatable, participated in the event that was heavily attended by the locals. Noted actor Ashish Vidyarthi played the emcee of the evening. A 3-D film showcasing Ram’s story and connect with Chhattisgarh was also showcased. The tourism board also released a special song written by Indian Ocean’s Himanshu Joshi that evokes the glory of Lord Ram and speaks of his relevance through the ages.

This, in fact, is the first of the many tourism campaigns that the state is planning to launch. Chhattisgarh is looking at hosting traditional as well contemporary festivals and events to create an inclusive tourism strategy. For a state that has been able to settle internal unrest, there is a lot to showcase to the world. The state is also working on creating a Buddhist circuit and connecting it the existing one. There is a lot that the travellers can expect from Chhattisgarh.