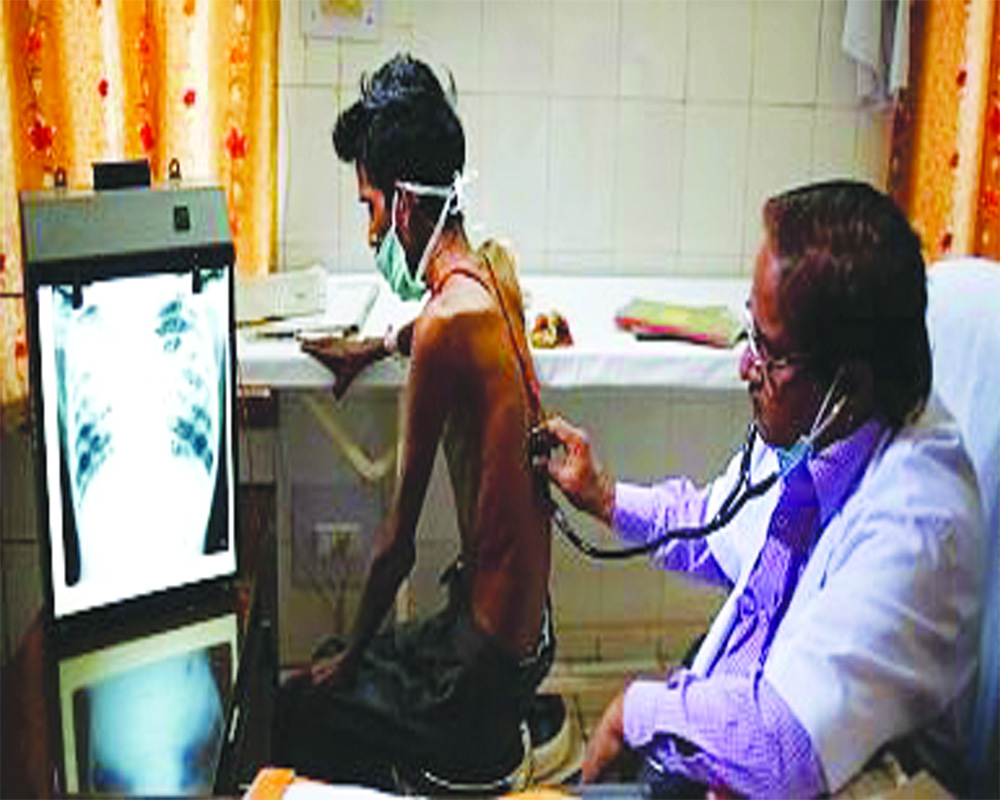 While the prioritisation of TB at the national level has been commendable, States must sustain this momentum by effectively implementing the policies and ensuring optimum fund allocation and utilisation. It is only with the collective approach we will be able to rid the country of this deadly disease

It has therefore been extremely encouraging to see the heightened commitment towards TB elimination from the highest levels of Government leadership. Since the announcement by the Prime Minister to eliminate TB by 2025, five years ahead of the UN Sustainable Development Goal target, at the End TB Summit in New Delhi in 2018, comprehensive plans have been developed to achieve this goal.

The launch of the National Strategic Plan (NSP) for TB Elimination introduced pivotal interventions, including a four-fold increase in funding, launch of private sector engagement to improve access to care as well as initiation of social support schemes to support patients in completing their treatment. However, there is still more to be done.

While the prioritisation of TB at the national level has been commendable, States must sustain this momentum by effectively implementing the policies and NSP interventions and ensuring optimum fund allocation and utilisation.

The funding of the NTEP is divided on a 60:40 ratio, where 60 per cent of the total funding is provided by the Central Government, and State Governments are expected to fund the remaining 40 per cent. However, in addition to fund allocation, fund utilisation and efficient implementation of the programme at the State level remains a challenge.

The Central TB Division has developed a State TB Index that highlights the performance of States based on targets achieved, funds utilised, among others towards achieving the goal of TB elimination. While some States have made significant progress towards these goals, with Gujarat, Andhra Pradesh, Telangana and Kerala (among the large States) performing well on all indicators, including fund utilisation, many large States such as Bihar, Madhya Pradesh, and West Bengal still reflect poor fund utilisation and thus have challenges in the implementation of the programme. Another critical challenge at the State level remains the paucity of human resources — with vacancies in critical positions required to be filled.

The other challenge that the programme faces is the lack of awareness about the disease that negatively impacts health seeking behaviour. In the past year, the pandemic has brought about a positive change in people and their appetite for information on health, thereby giving us an opportunity on this positive behaviour to generate awareness about TB.

The launch of the TB Harega Desh Jeetega campaign in 2014, with the country’s biggest movie star Amitabh Bachchan as the face of the campaign, was a game changer at the national level. However, there is a need to amplify the campaign at all levels, including States, districts, blocks and villages, to improve access to information and generate the demand for TB care.

Along with improving communications for awareness generation, it is also critical for the programme to directly engage with the community at all levels. Not only do community champions aid in generating awareness to destigmatise the disease, but their voices also serve as an important feedback mechanism for the programme.

Under the NSP, the National TB Elimination Programme established TB forums at the State and district levels to bring to the fore community voices, patient perspectives and understand ground-level challenges faced by patients in accessing care. Continued and effective functioning of these forums will provide the programme with independent monitors who can help in highlighting localised gaps that need to be addressed. At the district levels, elected representatives can also serve as independent monitors of the programme providing oversight and aid in addressing localised challenges to ensure effective implementation.

The call for a Jan Andolan by Union Health Minister Dr Harsh Vardhan is timely and aims to engage 1.3 billion people of this country to take ownership of the programme and ensure we achieve the target of a TB free India. It is crucial for the programme to take cue from this call to action and reflect the targets and initiatives through direct and relatable messaging which will generate awareness among the people on where to seek treatments, what incentives they are entitled to, and thereby improve health seeking behaviours. It is only with the collective approach we will be able to rid the country of this deadly disease.