Is Cinema same as ‘Natya’?

Is Cinema same as ‘Natya’? 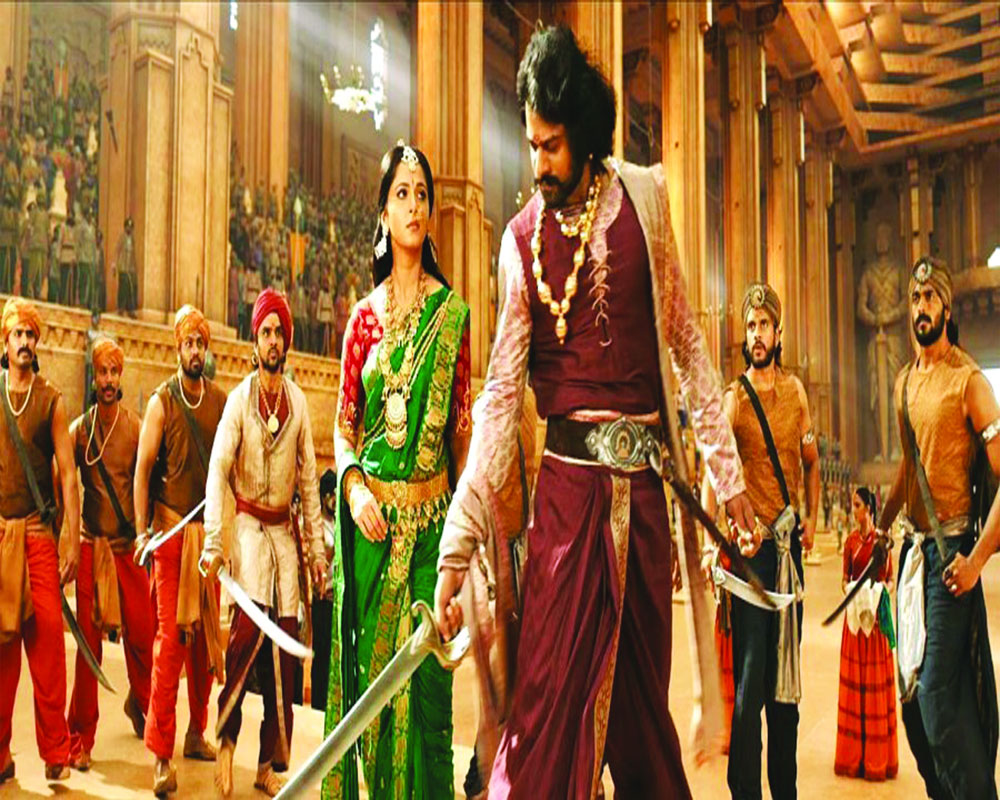 Understanding Cinema as Natya, there is a hope that we would rediscover the intellectual heritage and be benefitted with cross cultural debates, writes Prachand Praveer as delves into the underlying principles of Natyashatra and how these principles reflect in the modern cinema

Can Cinema be called as ‘Natya’? Let us take a step back and understand what ‘Natya’ signifies? Natya is not the same as drama or play, rather it is the subject-matter or the essence of a play (Nataka). The ancient Indian dramaturgy, as illustrated in the Natyashastra (composed between 200 BC to 200 AD, by generations of scholars and the authorship is attributed to sage Bharata Muni), explains many concepts which claims to cover all kinds of arts subservient to Natya.

Natyashastra meant to serve as a practical guide for poets and artists for the successful creation and performance of ‘Natya’. It begins with the mythological anecdote about how Natya was created. In one of the key dialogues, Indra, the king of Gods, requests Lord Brahma to create a playful medium which is both aural and visual. He asked that the new playful medium should be the summum bonum of all knowledge i.e. liberation or freedom, available for everyone.

Let us have a relook on some key words such as Nritt, Nritya and Natya. A normal category of dance devoid of any conveyable meaning is classically called Nritt. When the meaning is conveyed through dance movements it is called Nritya. In Natya, there is the element of Rasa, which is the object of relishment as well as the relishment itself. The idea of Rasa is remarkably interesting for thinkers, art-theorist as well as common people as per our cultural heritage.

We commonly associate and equate ‘Natya’ with the theatrical performance. When we think of theatre, we tend to attribute certain histrionics or some exaggeration in speech or movements. Based on this limited outlook, we tend to overlook certain basic principles. The commonly understood exaggeration is covered in one of the ten parts of Natya — dharmi, which does not prescribe exaggeration always.

Our understanding of Natyashastra would have been very superficial had we not discovered the lost commentary on it by the great Kashmiri Shaivite philosopher of the tenth century, Abhinavagupta. The Abhinavabharati, was found in the 1910s in Kerala. With this discovery, Indian philosophical discourse found a fresh grandeur in Kashmir Shaivism, which claims to be the fruit of great classical Indian philosophical debates on Metaphysics, Epistemology, Ontology, Grammar and Bhakti traditions after the debates of Buddhism vs Sanatana, Dualistic vs Non-Dualistic traditions, assimilating the impacts of Grammarian on various schools of thoughts. Abhinavagupta’s impact can be seen in the Sangita-Ratnakara of Sharangdeva in the 13th century.

To understand the implication of philosophical discourse in aesthetics, we end up discussing attributes of consciousness and its functions. That is why, an idea of enjoyment of the arts is linked with the metaphysical and epistemological thoughts to be discussed within a coherent framework of ideas. For example, we can say our consciousness has three major functions: to know, to act and to feel. These functions are not mutually exclusive but are dominant facets to comprehend consciousness. Now the rule of knowing (involving knowledge, knower and known) and the rule of acting (involving action, agent, and object) are different from the rule of feeling (involving relishment, aesthete and an aesthetic performance).

The famous rasa formula illustrates that while watching a dramatic performance, the fusion of determinant, consequent and transitory emotion express rasa (commonly translated as ‘sentiment’). The rasa expressed is of eight types: Love (Shringara), Comic (Hasya), Heroic (Veera), Marvelous (Adbhuta), Fury (Raudra), Tragic (Karuna), Odious (Vibhatsa), and Terrible (Bhayanaka). The key characteristic of the Rasa theory is the identification of a chief rasa in the entire performance while the other rasas expressed in the same drama becomes subservient to it.

Over a period of time, many scholars have tried to add a few more rasas to the above list. Great debates have filled up literary discourses over centuries, while Cinema, the new art form having a history of only 125 years, unfolds to modern audiences and has reinvented itself through various stages. The early era of silent and black & white movies was more universal. As technology progressed, sound was added to moving images and the talkies of the 30s replaced the idea of silent movies. When colour movies become affordable to all directors, the 60s witnessed the B&W movies moving out. The current change is adoption of the 3D and the business aspect is also undergoing a transformation through OTT media services.

It is interesting to note that almost all the masterpieces of world cinema can be explained within the Indian classical framework of the Rasa Theory. Bharata Muni notes three kinds of fear while discussing the Terrible sentiment and we find that Alfred Hitchcock obsessed with making films related to pseudo-fear or fear of wrong doing. It is our ignorance if we equate and limit the ‘Terrible Sentiment’ to monsters and the horror-genre, which is another kind of Bhayanaka Rasa. Similarly, our vocabulary limits our notion of heroism to fighting the bad. In a way the westerns of John Ford or the great samurai movies of Akira Kurosawa are indeed heroic and subscribe to the Veera Rasa, but there are other aspects of heroism such as the sacrificing and the righteous hero. Thus, the onus is on us to perceive Charlie Chaplin as a hero in his celebrated film, City Lights (1931) than to think of him as a mere comedian. Substantial works of Quentin Tarantino and Martin Scoresese are limited to the Fury Sentiment (Raudra Rasa). It can be noticed that the protagonist in the movies such as Taxi Driver (1976), Raging Bull (1980), Good Fellas (1990) and The Irishman (2019) are not noble individuals but criminals or what can be classically called as having a demonic nature.

The modern art medium such as Cinema has pushed the boundaries of what was not possible earlier or even what was prohibited to be demonstrated. Much credit goes to the camera which transforms the determinants and consequents effectively, which along with editing enhance the effects. Determinants in a drama are defined as the inherent reasons for the manifestation of rasa, they could be objects, situations, or even beautifully dressed characters. Consequents are word play, bodily actions, physio-psychological gestures that help in developing the transitory feelings and support the persistent feelings (that help in identifying the rasa).

Major directors have experimented and made even the ‘Odious’ (Vibhatsa Rasa) as the chief rasa, many works of David Lynch and the last work of Italian director Piero Paolo Pasolini bear testimony to this. Traditionally the comic (Hasya Rasa) was limited to the performance of jesters in a play. And thus, it was not given much importance and was thought to be entertaining only to women, children, and persons with lesser maturity. Cinema, in its artform, exhibited that Hasya Rasa can be achieved without the help of a jester and also that a jester can turn it into a chief rasa. It is indeed a wonder that the 1920s had great stalwarts such as Charlie Chaplin, Buster Keaton, and Max Linder busy in making people laugh and how we lack such individual talent in our times.

The tragic sentiment is expressed in three modes — loss of wealth, failure to act righteously and gloom born out of death. Usually, tragedy is understood as irreparable loss, whereas Natyashastra informs, educates, and warns us that tragedy can strike by financial loss and failure to act morally as well. The celebrated movie of Vittorio De Sica — Bicycle Thieves (1948) is a fine example of sorrow where despite no death being shown, the viewers witness a sense of great loss. The usual question asked about the tragic sentiment is — how can a sad performance be enjoyed?

We know that there is nothing called aesthetic sorrow. In order to explain and understand the phenomena, Abhinavagupta discusses the idea of obstacles encountered in the rasa apperception.

The idea of obstacles in Rasa guides us as to how the delight in our consciousness is expressed when we are devoid of obstacles such as personal sorrow, or over-identification with the depicted sorrow. When a clear consciousness, devoid of any impurities, watches such a performance, which is an enactment and is of the nature of transcendental reality, the self-repose after the sorrow is joyous. Therefore, we are able to enjoy and celebrate the works of Andrei Tarkovsky, Ingmar Bergman, Robert Bresson, Satyajit Ray and Ritwik Ghatak.

In many big-budgeted Hollywood movies and Indian movies with lavish sets, the audience are exposed to the idea of wonderment and thus the Marvelous Sentiment. Works of Steven Spielberg, James Cameron, and Christopher Nolan examine the concepts unheard of or having the qualities of magnificence. Just like the ancient Indian dramas, world over, cinemas having Veera Rasa, Adbhuta Rasa and Shringara Rasa as the chief rasa are very popular.

Shringara Rasa or the Love sentiment is considered the king of all sentiments. The Shringaraprakash of Bhojadeva, 11th century text, is among many other texts which upholds Shringara as the supreme rasa. Interestingly the word Shringara is derived from the exotic dressing of mankind and the desire for rendezvous. Usually, it is associated with the idea of eroticism. This Rasa creates the space for multi-faced discussion as well as philosophical enquiries. It is very strange to note that in Natyashastra, Kama Shringara (Eros Sentiment) illustrates the eroticism with a consort.

To conclude, Natyashastra has often been criticised for imposing strict rules for creation and performance, whereas the rules of Natyashastra are illustrative, meticulous, accommodative, and exhaustive. It is our inability to comprehend the principles in the correct light as well as a lack of courage to add up on the new vistas. There are ten variants of drama listed (technically called as Rupak in Sanskrit) viz. Nataka, Prakarana, Ank, Dim, Prahasana, Veethi etc. If the great tradition of Indian scholarship would have continued, genres of Cinema and web-series might have added to this list of Rupak.

Understanding Cinema as Natya, there is a hope that we would rediscover the intellectual heritage and be benefitted with cross cultural debates. Unknowingly we all are students of philosophy and connoisseurs of beauty.

The writer is the author of Cinema through Rasa: A Tryst with Masterpieces in the Light of Rasa Siddhanta. The book has been translated from Hindi by by Geeta Mirji Narayan