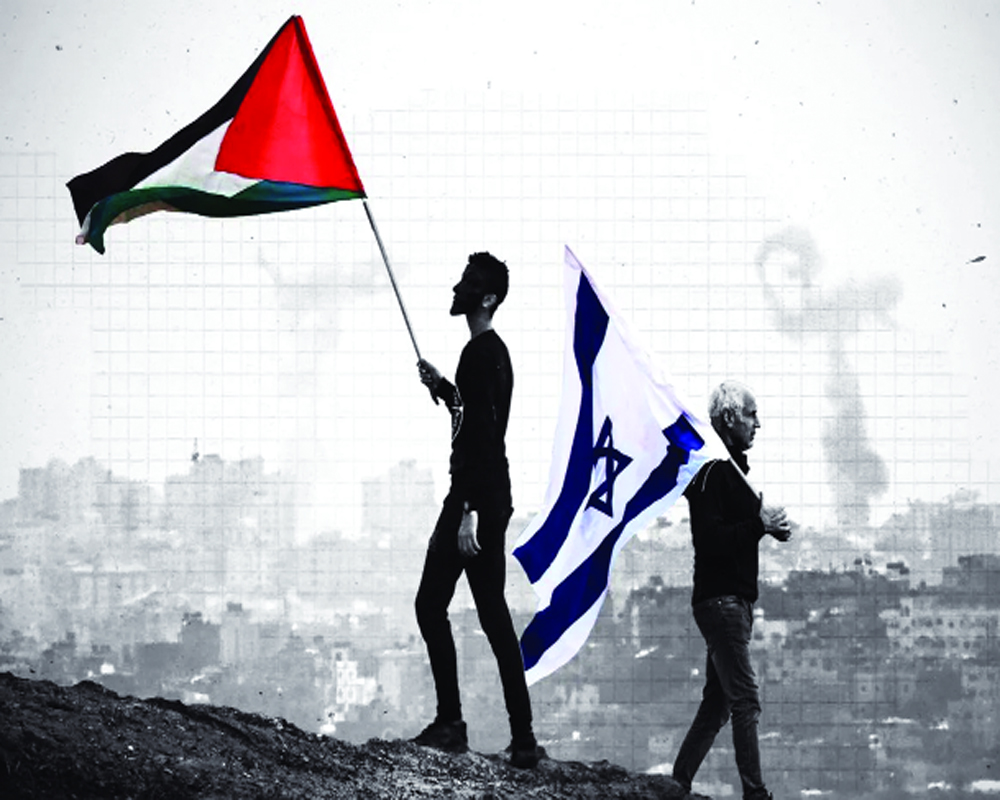 The US has always been an ally of Israel, wherein, the idiom and the impact of the traditional friendship between Washington and Jerusalem gets an ample reflection in the au courant US foreign policy. President Trump unilaterally recognised Jerusalem as the capital of Israel. President Biden can redefine the relations with Israel. Still, nothing out of the box emerged in Biden- speak for Israel

The United States of America has always been ridiculed and castigated for being an interventionist nation state along with being a nation which labels and brands other nations and outfits as rogue states and recalcitrant non-state actors. It’s in the political and strategic nature of Jerusalem, West Bank and Gaza strip that the political contest model gets a practical redemption. The non-state actor herein happens to be the terror actor, Hamas, which regulates the Gaza strip. Hamas might be a tom-tommed force in the region with its present day deadly barrage of rockets aimed at Jerusalem and Lod.

The US has always been an ally of Israel, wherein, the idiom and the impact of the traditional friendship between Washington and Jerusalem gets an ample reflection in the au courant US foreign policy. President Trump unilaterally recognised Jerusalem as the capital of Israel. President Biden can redefine the relations with Israel. Still, nothing out of the box emerged in Biden-speak for Israel. He went on to follow the trend of the past US Presidencies and opined that US completely supported the existence and security of the state of Israel and expressed support for the unwavering right of self defense for Tel Aviv but carried on with the ambiguity that the freedom and respect for both the Jews and Palestinians need to be the order of the day as god has created man with an equal degree of freedom, prosperity and democracy.

The impressively politically correct US Secretary of State Anthony Blinken too stuck to the often used parlance of “dignity,” which is much deified in the diplomatic circles.

Still, one needs to reinforcingly remember that President George Bush Jr heralded the ambitious “roadmap for peace” for West Asia. And Joe Biden too as a Presidential candidate had upped the ante on the theme of restoring respect for human rights, rule of law and international law for the bedeviled West Asian quagmire. The return to a value-laden diplomatic narrative is something which President Joe Biden has too personified in his diplomatic discourse on Tel Aviv. Still, the development that makes one stand up and take notice is the one that President Biden has talked about Palestinians having inalienable human rights which no force in the global polity can snatch from them.

Still, expectations are anew in the Palestinian quarters that the wholesome support doled out by former President Trump has been replaced by recognition for human rights in tandem with the hallowed American declaration of independence. President Trump also cut off around 200 million dollars of aid to Palestine which made the American foreign policy Israel-centric in a fulsome manner. Even, President Biden did not oppose the planned evictions of the Palestinians from their settlements and the sobriquet of President Biden being the beacon for the globe does not stand tested and verified.

There has been a change of regime in Israel with Naftali Benet taking over as the head of the State. Benjamin Netanyahu, his predecessor, lost the confidence of the house. There were great expectations from the new regime led by Naftali Benet but in its first citizenship reforms it has failed to deliver in the context of the Jewish tradition. Al Jazzera reported, “Israel’s new government suffered its first big defeat in Parliament, failing to renew a controversial law that prevents Palestinians living in the occupied West Bank and Gaza Strip who marry Palestinian citizens of Israel from gaining citizenship and residency rights themselves. It was the first major political test for Prime Minister Naftali Bennett, who for nearly a month now has been heading a narrow and diverse coalition that includes Left-wing, centrist and Palestinian parties, along with his own ultranationalist party.”

The ban on Palestinians was first enacted in the period of the second Palestinian Intifada. The law was considered draconian in the genre of apartheid against the minority of Palestinians in Israel.

What has been going on in the context of Benjamin Netanyahu is the poser which observers of Israeli politics may be asked. Netanyahu has been undertaking a virulent modus operandi as an opposition leader which might work as the spanner in his own works. The Jerusalem Post reported recently that “to that end, Netanyahu has led the Opposition through two weeks of all-night filibusters. He has tried to wear out and fluster his opponents, while portraying himself as an indefatigable Energizer Bunny who posts videos on social media looking fresh after a full night in the Knesset plenum.”

Such a great iota of melodrama has been added to the Knesset that voting is being forecast and attempted even during the night which does not characterise any semblance of normalcy in the Israeli political structure; and one senior political leader has commented that legislators can work and vote in the nights too, but if it persists for a month then it will be troublesome for all and sundry. It was within the ambit of these developments in Israeli politics that Naftali Benet and Yair Lapid visited the nation of the United Arab Emirates to drive in a new pact with the estranged neighbour.

The UAE visit is a striving for spawning normalisation of relations between Israel and the UAE, which might act as a precursor to the initiating reconciliation with the rest of the Arab states much to the dismay of the Palestinians. These talks are being called the Abraham accords, wherein, the normalisation of the relationship includes a well-pronounced security dimension, wherein, both the parties agreed to a framework for tackling regional threats in the context of Iran.

In 2015, the Israeli side inaugurated a diplomatic office in the UAE, so in a manner the ties were already there but now both the diplomatists have decided to open and declare their past hobnobbing, too.  Thus, the quagmire and the quicksand of the gravest crisis of faith and stability in West Asia persist with only subtle indications emanating out of the heady portals of the White House.

What has made the Israel-Palestine conflict explodes now can be a million dollar poser. Both the sides in an unprecedented moment decided that enough is enough and more of conflict was in the offing in the Gaza strip. Benjamin Netanyahu declared that Tel Aviv will wait for a victory while Hamas vowed for a new uprising or a novae Intifada.

All these soured the strategic and geo-political scenario in West Asia. From now on, the new Government in Jerusalem has its work cut out as the new Budget is passed. It has been reported in newspaper that, “a failure to agree on a budget was one of the factors that led to the collapse of the previous government, led by Likud’s Benjamin Netanyahu. That resulted in new elections early this year that ultimately put Prime Minister Naftali Bennett in charge of an eight-party coalition spanning the political spectrum.”

Israel is returning to work, said Bennet after an all-night session. He said the 2021-2022 spending plan “reflects concern for all citizens of Israel and does not serve any narrow sectorial interest.” The issue which led to the ouster of Netanyahu and his alleged corrupt acts facilitated the ushering in of the coalition Government led by Naftali Benet, which will impact the question of Palestine as a change has been observed in the Jerusalem denomination’s other sectoral issues too.