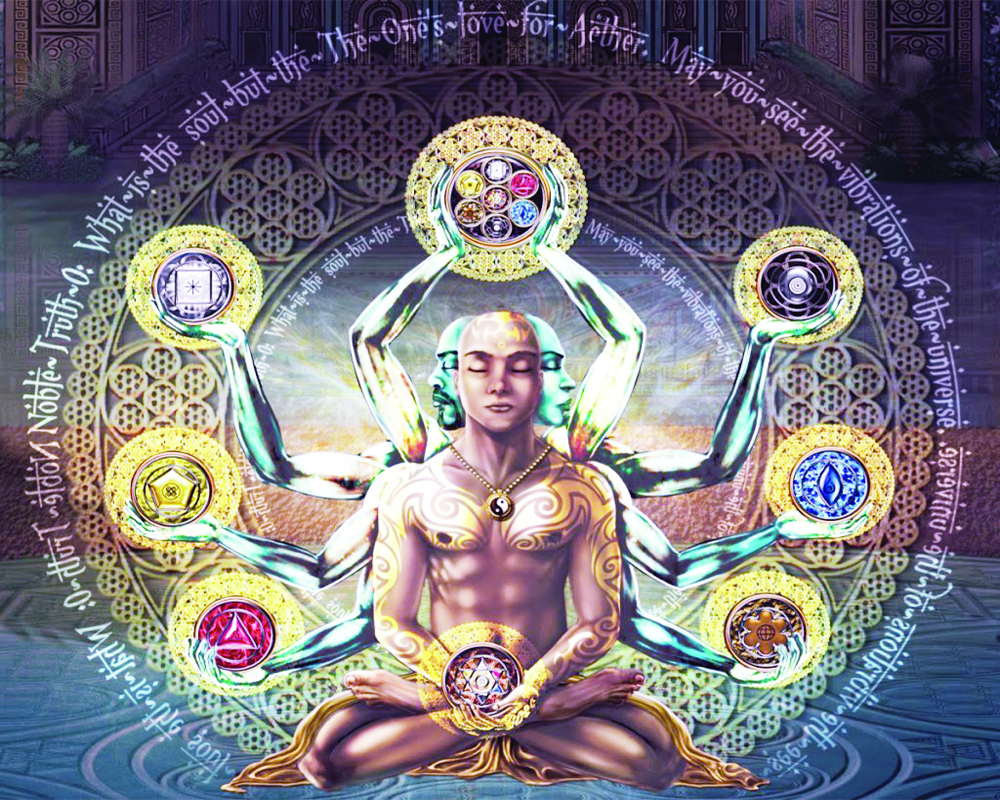 In order to move from the Bhulok to Bhuvalok (Astral Plan), from Tamas to more Rajas, we need to work on controlling our senses, writes Hingori

It is believed that it is only when you have suffered enough and built a resolve to change, do you set an opportunity to get birth on the Bhulok or Earth. This is supposed to be true for most of the lokas and for movement from one to the other, either upwards or downwards. Only the Earth dimension provides the infrastructure for the relevant criss-cross Visas. This is the Karma loka, where there is opportunity to go against your nature and qualify for the better.

Higher loka beings descend downwards often to fulfil their own completions and final attainments. Many gurus are obligated to take the rebirth to uplift their disciples and help them gain completion. They do so to manipulate a change in their gunas through example setting, motivation, counselling and sharing their gyan.

The latest and one of the greatest was the Mahaguru whose Karma Bhumi was Gurgaon and afterlife headquarters is Najafgarh. While most prophets came with a small contingent of a few, he brought along hundreds of beings from higher lokas to accomplish his mission.

I have in the vision state visited a few lokas but never connected the dots and never pondered on the subject. Unfortunately my experience was limited and though theory not my normal choice, but in this case I had to resort to borrowing a few pages from the ancients and so these thoughts are a mixture of my realisations combined with those of others.

Before we come to our own to do list, let us look at the ladders that stand parallel to the snake. What are the higher lokas? What qualifications are required? What can we do to get higher on the ladders?

Let us imagine ourselves standing at a mid-landing of a staircase. Climbing is greater effort and needs agility. For those who like to sound profound call it Purusharth. Technically, you cannot climb up the ladder to higher lokas, you need to float up.

In order to move from the Bhulok or Earth plane to ‘Bhuvalok’ or ‘Astral Plane’ or from the Mooladhara Chakra to the Swadishthan Chakra, from the Earth element to the water element, from the predominantly Tamas to more Rajas we need to work on controlling our senses.

Remember this is a world ruled and perceived by senses. Our senses do not offer us more than 5% to 10% of reality. Between the Bhuvarlok and the Swalok or Swarg, the difference is quite huge.

At the Bhuvarlok, we have a slightly different set of off loads because this is a loka of intellect, memory, relationships, heroic attitudes, and emotions. On the other hand it is also a loka of attainment.

And then Swarlok is a place where you can spend your cosmic currency earned and stored. It is a place of immense pleasure and beauty. Seva leads to Swarg or beyond. It’s a place where spiritual understanding and aspirations begin. People learn detachment and how to focus on the purpose of the self. They also prepare for rebirth on Bhulok when spiritual assets dwindle. They get born as kings and queens or administrators and dominating personalities maybe as celebrities as well. If they are philanthropic and kind, they retain their loka status. If not they catch a snake ride. If they are those who out do expectations, the ethereal ladder appears and the ascent is in order.

The ascent is to the Anahta chakra or the ‘Maharlok’ which lies beyond the ‘Dhurv Tara’ or the Pole star. Mahar is the land of the wise and balanced with qualities of selfless service, compassion and self-love. However, inactivity and observer capability is still one loka away. Birth on Earth comes as teachers, reformers, saintly people, healers etc.

Karmas are not doable at the level of these higher lokas. When one qualifies beyond devotion and beliefs and attains the status of knowing or Gyan, one becomes an invited resident of the ‘Janalok’. In the microcosm, this loka is at the level of the Vishudhi Chakra. One needs to be a sincere practitioner of spirituality and dispassion to qualify for a seat here. Till you harbour emotions, don’t attain Gyan or intuitive knowledge, you can read about this loka but not live here. The senses especially the sense of sound and hearing needs to be history at this point.

When self-respect turns to self-reverence, when one feels the justification of self-worship, one takes birth, if and when one needs, on Bhulok as a spiritual leader and an aspirant to a higher loka. When Duality becomes an amalgam and wisdom hands the baton to observership or Sakshibhav, one gets catapulted to the ‘Tapalok’. This is the loka of Divya Bhakti and reflection of oneself as divinity. You cease to be judgemental and identify as one with the universal consciousness. As this is a place of the third eye in the body, one has started the journey to shift consciousness.

There are 3 centres between the Tapalok and the Satyalok. Above the Ajna Chakra are 3 chakras including the Sahasra, the location for final emancipation.

It is believed that above the Satyalok are lokas like Vaikunth, Goloka, Shivalok etc. It is possible that the Bhramlok and these are parallel and variable due to the inherent nature the being has evolved into.

Gurudev once shared with me in confidence that when we die in our afterlife, we have to first pass through the Dhruv Tara or the pole star to get to where we belong. He also mentioned that we come across crossroads, and at these crossroads, one side has very bare looking places, while the other has very aesthetically lovely looking places. And he warned that the bare ones are the higher ones, and we should avoid getting stuck due to our sense of sight.

So choose wisely in this life and in your afterlife.