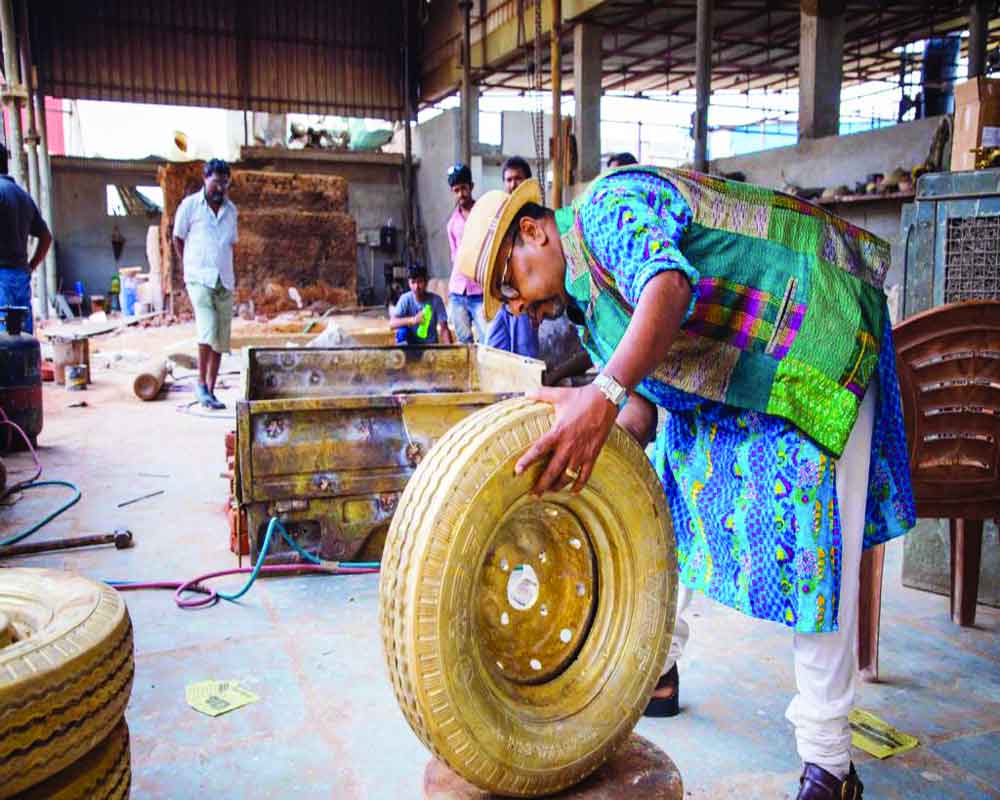 It’s sheer delight to see renowned artist Paresh Maity at work. One of the most important and dynamic names among artists of the modern era, Maity began sculpting and moulding clay when he was only seven years old.

His obsession with scale often results in huge installations and sculptures that are often drawn back to his nascent days in Tamluk in Bengal, where he grew up watching the creation of the monumental idols of goddess Durga. Even though he has held the brush for many years, it is his inner urge towards a childhood oath that had brought him to moulding clay and casting metal sculptures, thereby creating breath-taking installations which are often larger than life and extremely overwhelming.

The exhibition, encapsulates the impermanence and fear of the artist that is moulded into unique shapes and forms which is not just astounding but is a journey between that which is organic and that which is imagined. It is a trip down memory lane that takes audiences to his world of creations — some imagined and some through physical manifestations. All his works bear his unique stamp of artistry that draws in the viewers and visitors to the close yet open expanse of his imagination and rooted perceptions that both speaks and allows others to endeavour to meet him midway.

Much delightful as it is going to be to see the exhibit in person, here is a peep into the artist's world as he can be seen working behind the scenes. A photofeature.