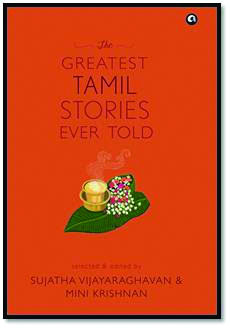 THE GREATEST TAMIL STORIES EVER TOLD

Author : selected and edited by Sujatha Vijayaraghavan and Mini Krishnan

The Greatest Tamil Stories Ever Told showcases some of the best short fiction to emerge out of Tamil Nadu, dating from the last century to the present day. Two of the earliest stories included here are Subramania Bharati’s ‘The Story of a Crow Learning Prosody’, a satirical tale about the exaltation of language, and ‘Kalki’ Krishnamurthy’s ‘The Governor’s Visit’, about how bigwigs in little places pandered to the British rulers during the time of the Raj. While some stories in this volume wrestle with the idea of public justice, as in Father Mark Stephen’s ‘Penance’, others, such as Ambai’s ‘Journey 4’, hide secrets that could destroy lives and relationships if they are ever revealed.

Featuring memorable works by, among others, Bama, Perumal Murugan, and Poomani, the 30 stories in this collection come together to paint a striking picture of the Tamil people.

SMASHING THE PATRIARCHY: A GUIDE FOR THE 21ST-CENTURY INDIAN WOMAN

From beauty, body politics, and sexuality, to caste, power, and the paradox of choice, the book explores a wide range of women’s issues and draws important connections between these.

Taking its inspiration from multi-disciplinary theories, grounded and deepened by interviews with a variety of experts and numerous women, Smashing the Patriarchy is an astonishingly insightful exploration of the collective psyche of modern Indian women.