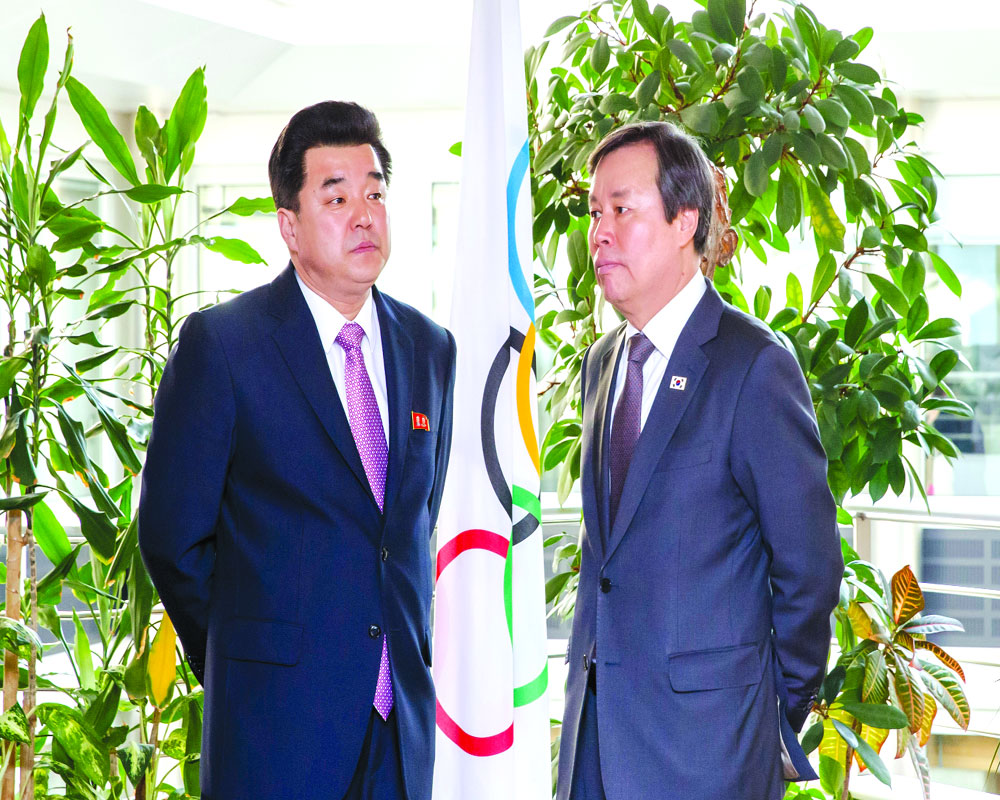 Pyongyang’s announcement almost three months before the start of the Games of no participation is a clear signal that it doesn’t want to take the bait by Seoul to use the Olympics to create a mood for dialogue. It could also show a determination to boost pressure on the new US administration of President Biden for respectable negotiations

North Korea has become the world’s first country to drop out of the Tokyo Olympics, ostensibly because coronavirus has spread its deadly tentacles. It is true that the rogue nation is extremely sensitive about Covid-19, knowing that a widespread outbreak in a country with an already battered health system could be disaster.

However, North Korea also has previously used big sporting events to set up diplomacy with the United States meant to win it much-needed sanctions relief in return for nuclear disarmament pledges. Some see pulling out of the Olympics as the North sending Washington a message.

Purportedly, there is legitimate coronavirus fears. A state-run website has claimed that North Korea’s Olympic Committee has decided not to take part in the Tokyo Games slated to begin in July “to protect players from the world public health crisis caused by Covid-19.”

Pyongyang has developed a reputation for withdrawing from talks with Seoul and Washington before returning at the last minute to boost its bargaining power. But given that the country has been on high alert over Covid-19, experts say there is little chance that it will reverse its Olympics decision.

Park said it is highly unlikely that North Korea will secure enough vaccines for its 26 million people or report major progress in its anti-virus fight by July.

North Korean officials know how disastrous a major virus outbreak would be in a nation with public healthcare infrastructure that has been in a shambles for decades. North Korea has so far taken some of the world’s most draconian anti-virus steps, including a 15-month-long closure of its international borders and the departure of foreign nationals.

North Korea’s decision to skip the Olympics shows that it “thinks contact with foreigners is the most dangerous thing now,” said Seo Yu-Seok at the Seoul-based Institute of North Korean Studies.

However, there is certainly a message for US President Joe Biden. The North Korean announcement, three months before the Games begin, could signal that Pyongyang is rejecting a repeated push by Seoul to use the Olympics to create a mood for dialogue. It could also show a determination to boost pressure on the new US administration of President Biden.

North Korea is sending the message that it wants to deal directly with the US now rather than using the Olympics as a venue to reach out to Washington for talks, said Kwak Gil Sup, head of One Korea Center, a website specialising in North Korea affairs.

Now-deadlocked nuclear talks between Pyongyang and Washington began in 2018 after a reconciliation on the Korean Peninsula following North Korea’s participation in the Pyeongchang Winter Games in the South earlier that year.

During those Olympics, athletes from the Koreas marched together under a single unification flag during the opening ceremony and formed the Koreas’ first-ever joint team in women’s ice hockey. Kim Yo Jong, the influential sister of North Korean leader Kim Jong Un, became the first member of the North’s ruling family to visit South Korea since the end of the 1950-53 Korean War.

There’s been little progress in nuclear talks the past two years. North Korea recently fired two ballistic missiles into the sea in the first such weapons tests in a year. Kim Yo Jong has warned Washington not to “cause a stink” and called South Korea’s president “a parrot raised by America.”

Experts say North Korea eventually wants talks with the Biden Administration to win sanctions relief and achieve better ties because its economy has been devastated by the pandemic, US-led sanctions and natural disasters last year.

Analyst Seo said North Korea likely wasn’t sure about the benefits of attending the Tokyo Games because Biden has made it clear that he won’t engage in made-for-TV summits with Kim Jong Un like his predecessor Donald Trump did.

“They knew that they would return home empty-handed from Tokyo,” Seo said.

But North Korea’s domestic difficulties may push it to pursue talks with the United States soon. Seo said North Korea could perform big weapons tests, such as an intercontinental ballistic missile launch, in coming months if it’s not satisfied with the Biden Government’s North Korea policy review expected to be completed soon.

(With inputs from AP)