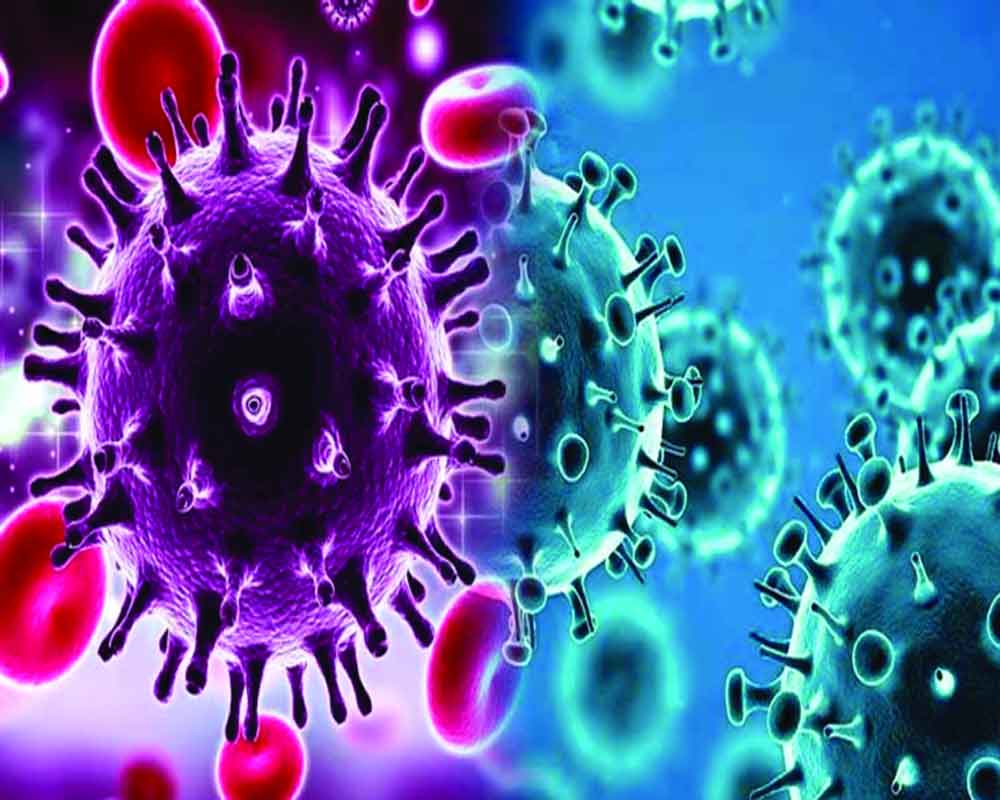 World Health Organization has declared Omicron (B.1.1.529) a variant of concern. Preliminary evidence suggests there may be an increased risk of reinfection among elderly and the immunocompromised. SUPRIYA RAMESH speaks with experts to bring you a report

After Delta, any other variant which has stirred fear among people is the new Omicron mutant. Originating in South Africa, it has now spread to 24 countries including India. On December 2, 2021, the country observed and confirmed its first two cases in Karnataka. One of them was a South African national.

Based on the evidence presented to the World Health Organization’s Technical Advisory Group on Virus Evolution (TAG-VE) that Omicron has several mutations that may have an impact on how it behaves, on November 26, 2021, WHO designated the variant Omicron (B.1.1.529) a variant of concern (VOC) on the advice of TAG-VE. According to WHO, this variant has a large number of mutations, some of which are concerning. Preliminary evidence suggests an increased risk of reinfection with this variant, as compared to other VOCs.

Scientists are still gathering data to establish how contagious Omicron is, and the severity of the illness it causes. “Omicron variant has a large number of mutations, some of which are concerning. Researchers around the world are conducting studies to better understand transmissibility, severity and immune escape capabilities of Omicron. WHO commends countries which have been able to quickly detect and report cases of the new Variant of Concern,” says Dr Poonam Khetrapal Singh, Regional Director, WHO South-East Asia Region.

Talking about the severity of infection, Dr Anurag Aggarwal, Consultant Internal Medicine, says,  “This variant has a large number of mutations, some of which are concerning. Preliminary evidence suggests an increased risk of reinfection with this variant, as compared to other variants of concern.”

Aggarwal, citing Professor Tulio de Oliveira, the director of the Centre for Epidemic Response and Innovation in South Africa, tells us that there was an ‘unusual constellation of mutations’ and that it was ‘very different’ to other variants that have circulated. “It is incredibly heavily mutated. There were 50 mutations overall and more than 30 on the spike protein, which is the target of most vaccines and the key the virus uses to unlock the doorway into our body's cells. Further, the receptor binding domain (that's the part of the virus that makes first contact with our body's cells) has 10 mutations compared to just two for the Delta variant that swept the world,” explains Aggarwal.

After travel rules easing down post-second wave, it is obvious that people would travel everywhere after being caged for more than a year. With that, it is understandable that people will carry the virus from one place to another, even after the major chunk of the population is vaccinated.

“The confirmation of the Omicron, a variant of concern today by India, the first two cases in WHO South-East Asia Region, was not unexpected in view of the interconnected world that we live in. This emphasises the need for all countries to step up surveillance, to be on alert and rapidly detect any importation and take measures to curtail further spread of the virus,” says Singh.

She adds that the response measures for all variants, including Omicron, is the same as that for SARs CoV2. Comprehensive and tailored public health and social measures by Governments, and strict adherence to preventive and precautionary measures by individuals, is a must.  People must wear a well-fitting mask which covers their nose and mouth well, keep distance, avoid poorly ventilated or crowded spaces, keep hands clean, cover cough and sneeze and get vaccinated. And continue to take all precautionary measures even after getting vaccinated. All travelers must adhere to public health and social measures at all times and remain vigilant for signs and symptoms of COVID-19.

Talking about the number of mutations, Dr Arunesh Kumar, HOD & Senior Consultant- Pulmonology tells us that this new variant is a matter of concern in India too. It has more than 30 mutations. With time, we will get to know more about this new variant. “This virus can invade our immunity. Therefore, we need to follow COVID appropriate behavior” he says.

The existing vaccines might or might not be effective against the Omicron variant and extensive research is being done to find out the same. “It is still to be known how effective vaccination would be in such a case,” he tells us.

Talking about the new wave smashing Europe, Kumar says the main reason behind the new COVID wave in Europe is people not wearing masks. From the last couple of months, many Governments have put leniency when it comes to wearing masks. This actually has led to a new wave. “If we don’t let our guards down, we can control COVID,” he adds.

Dr Shuchin Bajaj, Founder Director, Ujala Cygnus Group of Hospitals says, “This is the 5th variant of concern and overall the 15th variant of COVID-19. We already have flights being banned and travel restrictions in place. Therefore, we need to follow COVID-appropriate behavior like wearing masks, following social distancing, and regular use of sanitizer.

With the festive season upon us, we need to make sure that we take proper measures and keep safe as much as possible. "Although the so-called third wave has not eventuate as yet, the sudden appearance and the spread of omicron – a new variant of COVID-19 – across several countries has brought back memories of the second wave and its visibly devastating all-round consequences on people in the country. This means that we must shake off the complacency which was creeping in and instead get back to observing the same COVID-appropriate protocols and behaviour as we did before with utmost seriousness and discipline. So, while we resume wearing double masks, using sanitizers and maintaining social distancing, because of the fact that the virus can be airborne and transmitted through the air, we must also continue to employ indoor air purification systems in order to pre-empt any threat from the new strain, or any strain of the virus for that matter. Since people are now more likely to stay indoors for a greater duration due to the newly-perceived threat from the new variant, the role of indoor air purifiers with their ability to inactivate microbial pathogens including viruses and bacteria will continue to be critical to people’s health," says Himanshu Agarwal, CEO, Magneto CleanTech.

“In the festive season, people tend to put all the COVID appropriate behavior on the back seat. But, time has again come when we have to adhere to all the COVID-appropriate behavior diligently. Avoiding social gatherings is essential. It’s understandable that we’ve all been compelled to stay inside and avoid social interaction for almost twenty months. However, if we are to completely eradicate this virus, we must limit its spread. This means we'll have to avoid social gatherings for a while longer. Even if you are fully vaccinated, following the protocol and avoiding social gatherings will help. When you're outside, maintain social distance,” says Kumar.