Paean for an unsung hero

Paean for an unsung hero 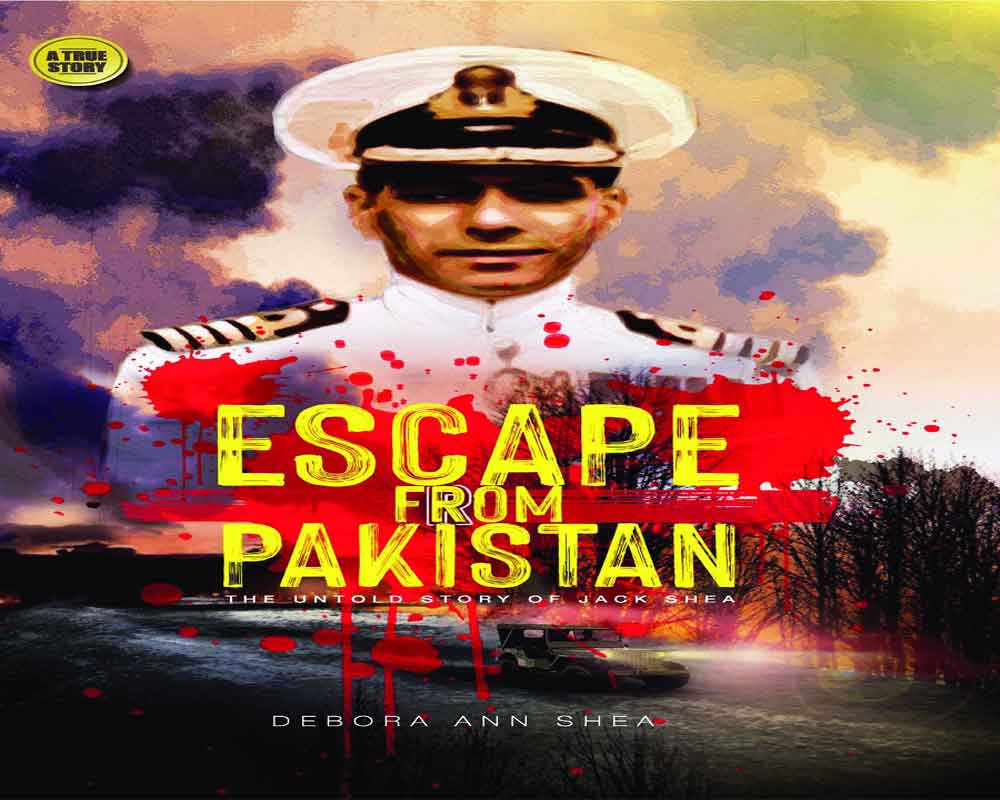 The book is a first-hand account of a daughter’s view of her late father, Commodore Garnet Milton Shea & the dangers he faced while deputed in Pakistan as Naval Attaché in the Indian High Commission in his youth, writes Reena Amos Dyes

Famous British writer CS Lewis said this of literature. “Literature adds to reality, it does not simply describe it. It enriches the necessary competencies that daily life requires and provides; and in this respect, it irrigates the deserts that our lives have already become.” He famously goes on to say, “We read to know that we are not alone.” Reading, as they say, is a dying art. And given our hectic lifestyles and the increasing love for “instant gratification” where the world is at our “fingertips”, it is indeed a challenge to find the time to pick up a book. Hence, in today’s world, where more and more people are veering away from the printed word and preferring to opt for podcasts and videos instead, it is books like ‘Escape from Pakistan’ that remind us of the pleasures of reading and the treasures that the printed word hides within itself.

I am not equating the first-time author Deborah Ann Shea, to the greats of contemporary non-fiction literature. Far from it! But the fact that she, in her first-effort ever, has churned out a book that is gripping as well as unputdownable, is a feat that few can accomplish.

What makes this book so compelling is the fact that it is a labour of love. In the eyes of the author, it is the story of an unsung hero that needed to be told to the world. It is the first-hand account of a loving daughter’s view of her late father, whom she sees as a hero and the dangers her father Commodore Garnet Milton Shea or ‘Jack Shea’ as he was more popularly known as, faced while deputed in Karachi, Pakistan as Naval Attaché in the Indian High Commission in his youth.

It is a fact that India has retained its independent state and our military has gotten the image of being one of the best in the world, owing to the hard work, intelligence, diligence, discipline and sacrifices of many officers over the decades. Sadly, save for a few like Sam ‘Bahadur’ Manekshaw, General Cariappa, 2nd Lieutenant Arun Khetrapal, Captain Vijayant Thapar and Captain Vikram Batra, our military history has been an endless saga of one unknown hero after another, just fading into oblivion, despite sterling service to the nation. So, it comes as a breath of fresh air that through the efforts of a loving daughter who refused to let the feat performed by an intrepid mariner die out, a legendary figure has emerged. His is a tale that just had to be told.

Author Debora Ann Shea has made a remarkable effort to right the wrongs of the past and ensure that the hitherto unpublicized exploits of Commodore Shea are brought to life through her book ‘Escape from Pakistan.’

“My inspiration for the book came from my early life. One that was filled with moments of pure terror! I first thought of writing the book as a tribute to my father. Over the years, the book evolved in my mind. When I finally put pen to paper, I knew that I wanted the book to serve as a reminder for all Indians to know and acknowledge the price of freedom that is paid by our men in uniform, then and now,” Debora told The Pioneer.

The book begins with the personal price that Captain Shea has to pay for serving his country, when, in infringement of all diplomatic conventions and treaties, Pakistani hit-men enter the Indian High Commission in Karachi to jump the mariner at a party and leave him for dead. The writer then begins the narrative of why the attack took place. As the name of the book suggests, the main plot of the story revolves around the daring escape of Frank Dewars, the First Secretary in the Indian High Commission in Karachi who actually belonged to the Indian Police Service. He was crucial in collecting information that kept the Indian security forces a step ahead of Pakistan throughout the 1965 war. Naturally, the Pakistanis wised up to the fact that someone had helped the Indian military trounce them by passing sensitive information.

They zeroed in on Frank Dewars and an arrest warrant was issued in his name. However, the Indians got wind of that and they would have none of it. They decided to “repatriate” Frank and his family back to India before the Pakistanis laid hands on them.

Everyone knew that the job was fraught with risk and the whole operation would have to be meticulously planned else precious lives would be lost or Dewars and his family would be incarcerated in Pakistan. It would also result in a major diplomatic spat between the two neighbours, whose relations can at best be termed as tenuous.

The Indian High Commissioner ordered the mariner to execute the daring ‘Escape from Pakistan.’

Shea, who was a Captain back then, outlined an extremely complex and daring operation and set it in motion with precision and care.

Consequently, Pakistani security guards failed to notice Dewars when he left the Indian Mission in Karachi crouched between the back and front seats of a car covered with a blanket. Relying on Pakistanis who worked for the Indian intelligence, Dewars got into a jeep driven by an Indian, who could pass for a Pathan and spoke Urdu and Punjabi well enough to reach a village close to the Indian border, a distance of 200 km, without arousing suspicion. If nothing went wrong, the journey would consume about six hours.

The rest of the book details the daring attempt at escape and how Dewars ultimately reached India and how Captain Shea then executes the second part of the plan to send the entire Dewars family home.

Though it is a well-written and well-researched book, one cannot help but wonder how the writer has revealed it all without ruffling many feathers in the Pakistani Intelligence, Defence and diplomatic community. Because, make no mistake, this is one chapter in their history that the Pakistanis would not like to be made known.

Deborah recounts: “The difficulty of writing the book was to talk about and reveal sensitive information about a neighbouring country with whom we do not have good relations. It comes with a lot of challenges. There is a very uneasy peace between our two countries, and both the Governments are trying to walk a tightrope. So sometimes, silence is the best solution. But on the other hand, the attack and trauma that my father underwent in Pakistan should not go unheard and unrecognised. The people of India must know about the sacrifice made by my father to protect and save a diplomat and his family. In the final analysis, I believe that the truth will always prevail. And I should do the rightful thing by my father. This book is a tribute to him, and for his bravery and courage in the face of great danger to his life.”

In the final analysis, ‘Escape from Pakistan’ is not just a great story filled with thrill and romance, it is a golden chapter in India’s military history.