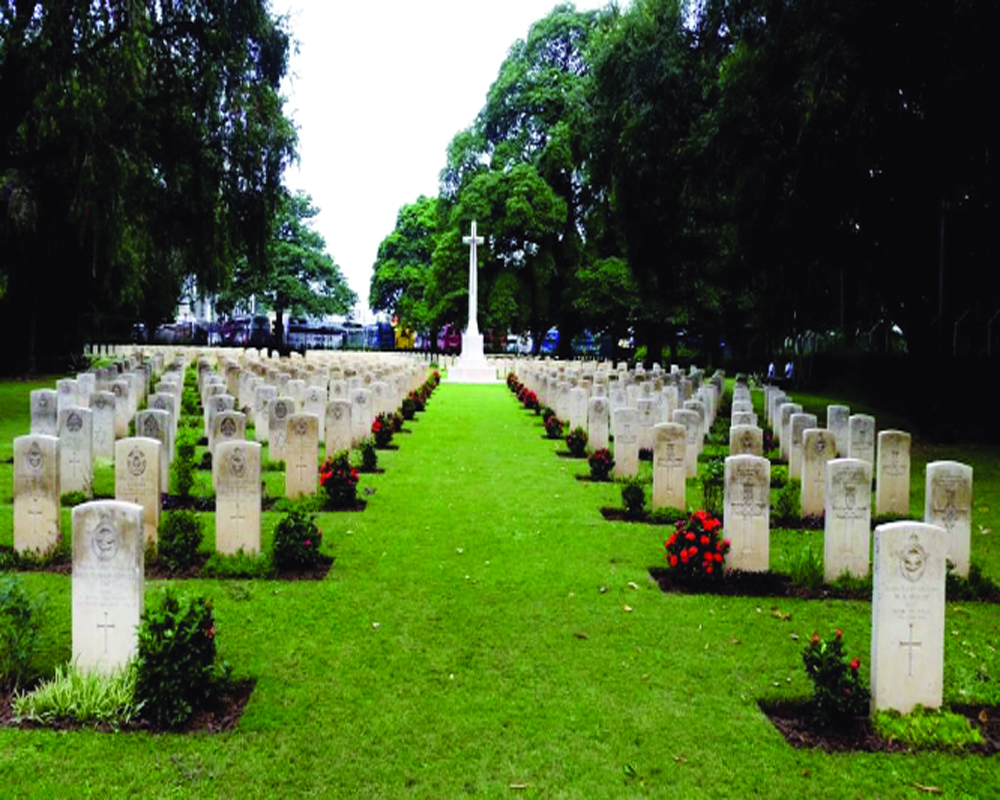 Once the summer capital of undivided Bihar, known for its wild beauty and cool weather, Ranchi now looks like the poster boy of an unplanned urbanised over-populated city. Despite being the capital of a relatively new state, Jharkhand, town planning is noticeably missing here.

As the state tourism is working to put the state on a larger travel map, there do exist some hidden gems of history waiting to be discovered.

Close to the old Hazari Bagh Road’s Netaji Nagar locality (at Kantatoli Chowk), and right behind the old bus stand, a small piece of history sleeps in oblivion. This is Ranchi Commonwealth War Cemetery, where many fallen soldiers of Second World War got their final resting place. These soldiers lost their lives in India and Burma while protecting the glory of the Queen of England.

Interestingly, of the eight World War cemeteries in India, eastern states such as Manipur, Nagaland, Bengal, Assam and Jharkhand house five. This reflects the impact of the war on the region as a maximum number of Allied soldiers were stationed here to protect India from a probable Japanese invasion in the early 1940s.

One needs to go back in the history to recall that the fall of Singapore and Rangoon in 1942 in the hands of Japan, had caused great panic in British India. By 1944, the Axis forces had already entered India, with Netaji Bose’s INA, and had overtaken a large area near Imphal, Manipur. The eastern part of India had a very weak defence with only seven divisions of the army and almost no air fields.

By May 1942, the Allied forces had started amassing their army from the Commonwealth countries and started building logistics infrastructure in form of new air strips and army bases. By the end of 1944, places such as Calcutta, Guwahati, Kohima and some other frontiers of Assam and Bengal were flooded with the American and Commonwealth soldiers arriving from Canada, Australia, Great Britain, New Zealand and India.

Around the same time, a secret army training camp was opened at Ramgargh near Ranchi where British and American Army officers gave training to the Chinese soldiers back from the front. Clearly Ranchi was abuzz with action. The suburbs, however, remained unaffected during the war.

Elsewhere in Assam, Manipur, Arunachal and even Calcutta, there were high casualties of soldiers. Many a brave-hearts lost their lives. Only some got decent burials as many returned home as badly mutilated bodies. It was a dark moment in time.

As it did at the end of the First World War, Commonwealth War Graves Commission began organising the Army cemetery across the globe. The project in Ranchi was undertaken in 1952. Relics of the fallen soldiers were taken to Ranchi from various battle fields and other military and civil cemeteries and a small war cemetery was designed with all international features. This place was well organised and opened to visitors in 1952. 704 graves from across India were identified and shifted here. Today, the cemetery has 51 gravestones of Indian soldiers, of which four belong to the Bihar Regiment. This cemetery houses three non-war graves as well. There are 200 graves from 12 other civil cemeteries.

Green open field lends a sad beauty to the cemetery. At the centre, stands a long freestanding Latin cross called the “Cross of Sacrifice”, a very common feature in any World War cemetery with more than 40 graves. This cross of sacrifice was designed by Reginald Blomfield. Row upon rows of headstones tell a saga of pain, pangs and excoriated sacrifices.

Every headstone mentions the name of the soldier, his designation and his age at time of death. Every headstone is decorated with the regimental badge of the dead and a personal line dedicated to him by his family.

The cemetery is the final resting place of soldiers belong to regiments such as the Royal Australian Air Forces, Royal Canadian Air Forces, East Yorkshire Regiment, West African Army, Royal Army Ordinance, East Lancashire Regiment, Westmorland & Cumberland Yeo, among others that lost their lives to lost cause. It is heart breaking to see that many soldiers were as young as 20 years old. The pain of the loved ones is reflected in the memoriam lines etched on the stones.

Though the cemetery is not easy to locate and gets only few visitors, it is very well maintained. So next time you visit Ranchi, do make time to visit this piece of history. As reads a message at one of the resting places: Thoughts go back to bygone days. Life moves on but memory stays.