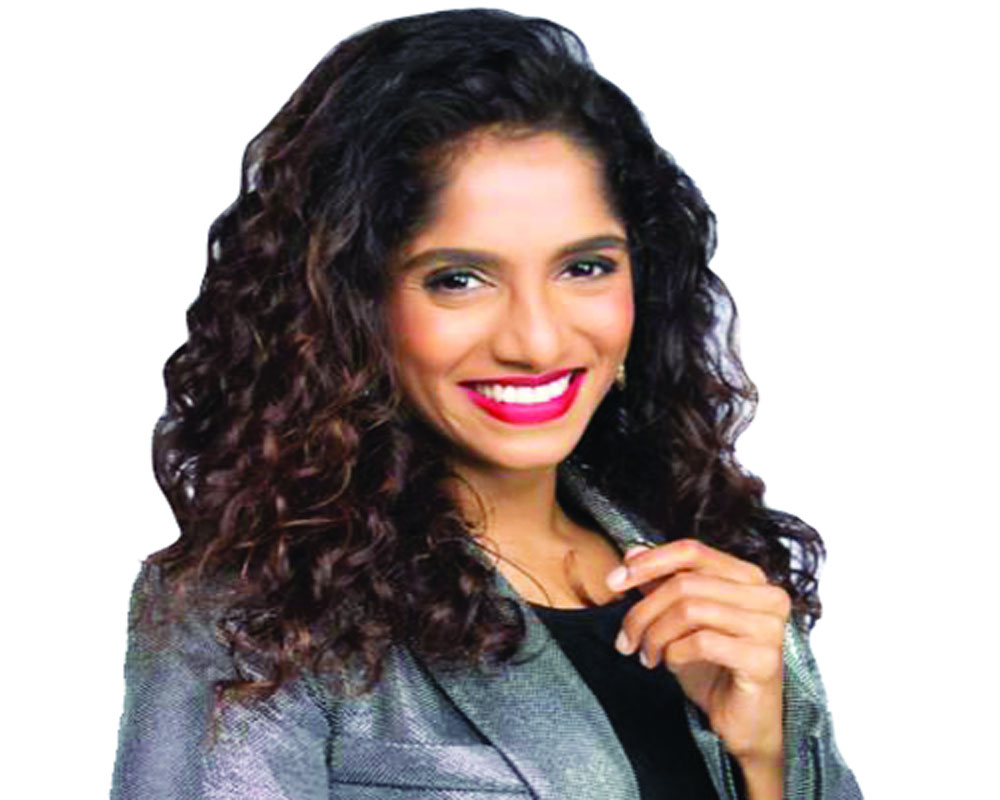 Jamie Lever | The comedienne who has been entertaining her fans with hilarious mimicry videos on social media, speaks with Shalini Saksena about how she has finally stepped out of her father’s shadow, why and how she ended up with the title Queen of Mimicry and her latest web series LiveItUp 2021

It is an interesting series by Godrej L’Affaire. It is about what everyone went through in 2020 — all things that they complained about or were happy about; we can’t meet our friends, we can’t travel, we are under complete lockdown and sitting and working from home. Then there were good moments when we got to spend time with family. The series is about celebs and their complaints — what they went through during the lockdown. This is a brilliant concept. For me, 2020 had been significant as an actor and as an artist I jumped on the opportunity when the team approached me. They felt I could bring out all the emotions that we underwent last year. We want people to live it up this year and hence the title.

How did you come on board this project?

When I received the call from the team, they were sure they wanted me on board for this project. The emotions that one went through last year, they were sure I could emote them well through my expressions and body language. I am extremely expressive during my shows and the team was sure I would be a perfect fit and be the year 2020.

It is very different. Before last, I was doing stage shows and concentrating on Tv and films. It was only in 2020 that I took social media as a means to entertain. This is because I was locked up. As an artist I felt that I needed to entertain people. As an artist I have a small fan base. As soon as the lockdown happened there was little in terms of entertainment on TV. Performing on social media is different in terms of the kind of response one gets from the viewers. While on the stage, you will know within a second whether you cracked it or not through the laughter. On social media, people just comment even if they are articulate. But I managed to develop a strong fan base and people enjoyed it. I even had a few viral videos.

Have you finally stepped out of your father’s shadow?

I can now say that right now, I have an identity of my own. I have made a mark in the industry. People approach me for what I do. When I first started off, without his help, the minute they would hear the surname Lever, they would know I am his daughter. When people started giving me work, they thought that since I am his daughter, my surname would also be Lever. To being with, I had insisted that I use the initial J as a surname for Janumala since Lever comes with a lot of responsibilities. I wanted to step away from all this. Also, my father’s name is not Johnny Lever, it is his identity; something that he has created for himself. Now, after seven-eight years people know my work and offer me things because of it rather than due to my father.

I understand that besides your dad, you take inspiration from Kapil Sharma and Krushna Abhishek. Why?

Kapil Sharma is known for his spontaneity. The kind of comedy that my father and I do need a lot of preparation and rehearsals. You will see us using hand gestures, doing mimicry, dancing or enacting something. But there are some comedians like Kapil Sharma who just stands at one place and entertains people. These are different styles and I always look at inspiration from them. Bharti is witty. There are many English stand-up comedians from whom I study and learn.

How did you end up with the title of Queen on Mimicry?

Mimicry is definitely tough but it comes naturally to me.  As a child I would mimic my teachers or copy siblings or people around you; that is how it starts. I would go to Church and come back home and replicate an accent. I would pick on their body language and expressions. My father was taking notice of this but never encouraged it since he wanted me to finish studies. Marketing is in my background but comedy is in my DNA. Since I am good at mimicry, I just went with it.

What are the traits for a comedian in order to excel?

I am currently shooting a show that I have on Flipkart app — For Your Information. The show is live on the app. It is my first solo show. Apart from this, there is a release in September this year – a web series. I have an interesting character here. I shot for it in Himachal Pradesh once the lock down opened. I am also doing shows on social media since I don’t want to abandon my fans.