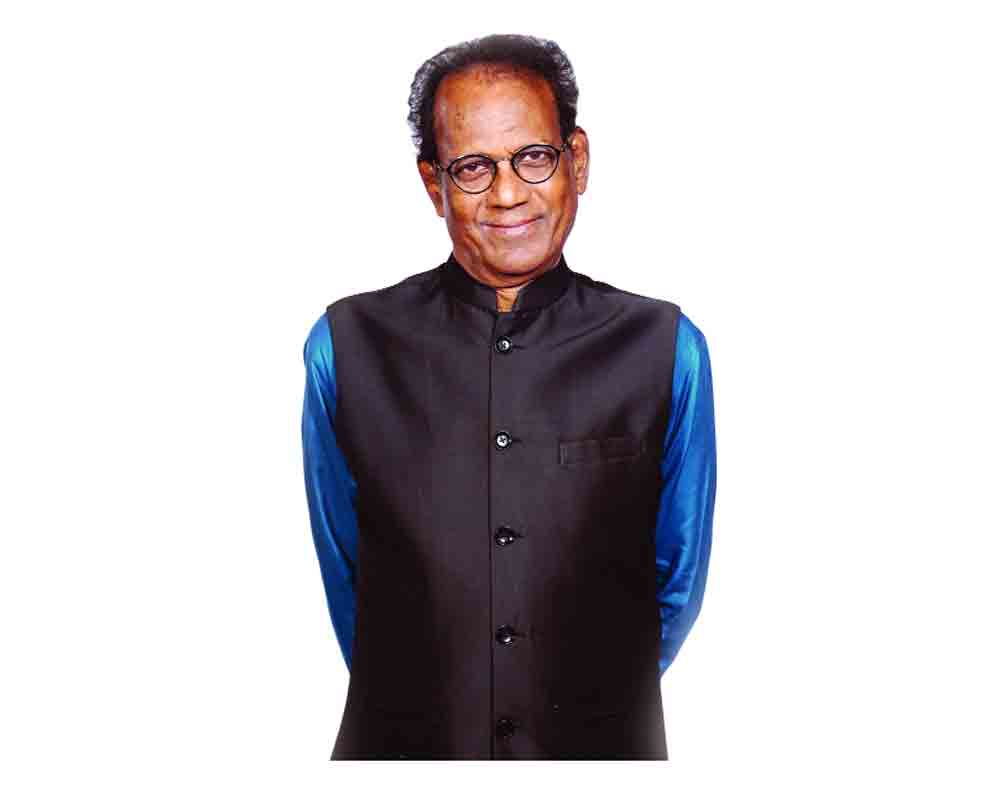 Virendra Saxena | He started his career in 1985 with Massey Sahab and now even after 36 years in the industry, he has managed to stay relevant. Saxena speaks with Musba Hashmi about how acting happened to him and what made him come back on the small screen with Zee TV’s Bhagya Lakshmi

I had never thought that I will be an actor someday. I come from a small city Mathura. Back there, whenever I used to narrate an incident to people, many people told me that I was a good actor and I should try my luck in Mumbai. I knew that it wasn’t possible because in order to pursue anything you have to study it. Also, I was multi-talented, I used to play musical instruments, sing and what not. These qualities made me popular among my people. One day, I realised that I should move to Delhi. Chote sheher mein rehna bhi utna hi zaroori hai jitna uska chhor dena. So, I shifted to Delhi and started doing a job as a secretary to an important person for `100. My job was to write three letters a day. During the course of time, I went to meet one of my seniors and he offered a play. I did it and I was appreciated for it. That got me thinking. I left my job to give acting a try. This was back in early 1977.

How was the experience being a part of the industry?

I don’t have a hero-like face. I am an average looking man with an average personality. But when I got my first film, I was the first person to be signed for that project, the rest of the casting happened later on. So, I was able to work in the industry while staying in Delhi because I didn’t want to go to Mumbai. I got to do a serial Tamas, which was then made into a film, that helped me a lot to push my career. I am happy about what I am today and where I am.  I work according to my choice. I don’t have any complaints from Mumbai or from the industry. I am happily married and my wife is a writer and an actor too. We don’t have any kids, but we are living a happy life.

While most people want to go to Mumbai, you decided not to for a while. Why?

Yes, a lot of people take training from NSD and then go to Mumbai during their vacations, but that is their approach. I didn’t want to shift to Mumbai. But after Tamas, I started getting a lot of work. I missed several projects, one of them was a Mahesh Bhatt movie where I was playing a villain, because of not being available in Mumbai. Then, one of my seniors told me that Mumbai is a market and you must know how to sell yourself. I understood what he meant and came to the city.

You pointed out how you don’t have a hero-like personality. Do you think looks have taken a back seat now?

Yes, the perception of how one has to look a particular way has changed now. That’s why the stories have changed. Or you can say because the stories have changed, the looks have taken a back seat. Earlier, the producer used to worry about the film suffering a loss, but now with OTT a lot of ways have opened up. A lot of good films that had no scope of reaching to the masses have at last found a way. Though, there’s only a handful of OTT platforms that we know about, actually there are about 200 such platforms to the rescue.

Do you think you have got your due in the industry?

A lot of actors work in this industry. I am not a hero or a protagonist. I remember Jawed sahab’s lines: Aap log kabhi hero nahin ban saktey, aap bohot achchey kandhe hain. Hero ko upar chadhane ke liye aap ka kandha lagta hai, aap ki zaroorat yahin rahegi, isse aage yeh film industry aap ko kahin nahin le kar jayegi. This was one of his oldest lines, but this trend has ended now. Our aim is to work with dedication. There are times when we are told a different story and the end product is completely different and you can’t complaint. You just feel sad about it. It’s not a bad thing actually because at the end producer wants to run his film, he won’t rely on actors like us. But that said, we should have our sincerity towards whatever we do. No matter how big or small a role is, our duty is to do justice to the character.

You are coming back on TV with Zee TV’s Bhagya Lakshmi after more than a decade. What made you take up the role?

The truth is that I am bored of TV. There are the same kind of stories everywhere and it has become monotonous. It doesn’t interest me at all now. But with Bhagya Lakshmi, it’s a different story that they want to tell. Also, it is because of Ekta (Kapoor) that I said yes to it. I respect her a lot.

What is your role about?

I play Manoj Bajwa, father of Lakshmi (played by Aishwarya Khare). Without revealing much, the story is about the father-daughter relationship and their bond.