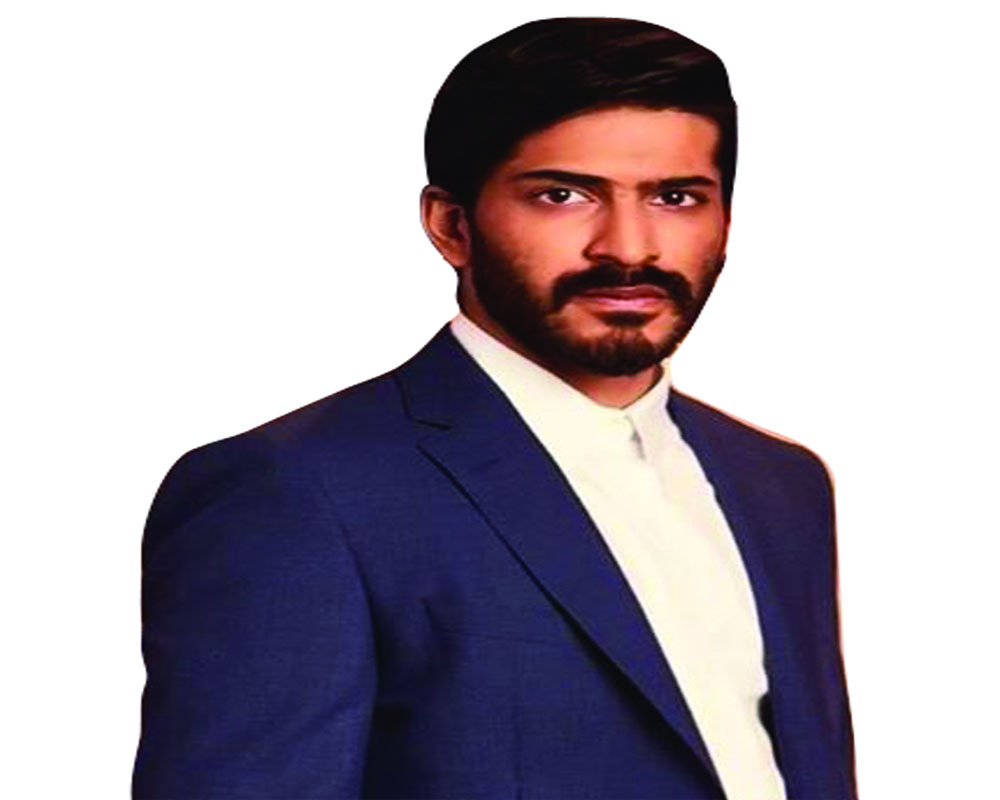 Harsh Varrdhan Kapoor | He was recently seen in AK VS AK on Netflix, though short, his role is receiving a lot of appreciation from the audience. Kapoor speaks with Musba Hashmi about the show-stealing monologue, people drawing comparisons with his father and how he doesn’t take acting advice from him

I am towards the end of shooting for a Netflix Original project. I can’t reveal too much details, but it is a thriller drama. It stars myself, Anil Kapoor, Fatima Sana Shaikh, Mukti Mohan and Satish Kaushik. It will release towards the end of this year. I have also shot a film for Vasan Bala. It’s a dark comedy. It stars Radhika Madan and I. It is also a Netflix film and will release sometime in May.

Your monologue AK VS AK caught a lot of attention. Some memories that you have to share.

When I got the film, though the part was small, but it was a seven-page long script. If I talk about the monologue, it was a unique one because the character was putting on a performance for Anurag Basu. I got the material and worked on it. I was trying to create a character of myself. In reality, I am not at all like it. It’s just that the character is called Harsh and is Anil Kapoor’s son, but apart from that I don’t share any similarities with it. I am not an extrovert or an attention seeking person in my real life. I just played it like any other character. That was all the preparation part. Not to mention, it was great to be together in a project with dad, Sonam and Boney chacha which was directed by Vikramaditya Motwane. I have always dreamt of something like this. Also, I have done a lot of improvisations in it and it came out well.

When you started back in 2016, did you have the fear of people drawing comparisons with your father?

I don’t want to waste time or energy thinking about the comparisons being made. I don’t want to spend my career trying to replicate what my father did in the 80s and 90s. I am different. I know whenever you try to do something different it takes people time to understand it, but eventually your work speaks for itself. My focus is on doing unique and progressive films and that is what I am working towards.

Are you careful about your career choices or do you believe in going with the flow?

I don’t strategise a master plan to choose films on the basis of how much it will earn at the Box Office and how much fame I will get from it. My thinking is if I like Vasan’s film Mard Ko Dard Nahi Hota, I know if he is offering me a film it will be different from the previous ones. I know he will push me to deliver, just like Vikram did for AK VS AK.

Is there a lesson you learnt in the industry?

I realised that a movies’ sucess is judged by the amount of money it has made at the Box Office. This, for me, is a strange fact. I always wonder how only money and not the hard work of the team and the meaning of the film matters. If a film earns good, it gets good reviews. If it doesn’t, the reviews will also reflect the same. This is what I have learnt in the industry.

An advice that your father has given to you.

It’s a simple one: Be true to yourself and don’t try to imitate anyone.

Do you go to him for tips and tricks related to acting?

I have always been saying this that acting is a personal thing and you can’t take tips from anyone. It is about you and how you play the character. Everyone has their way of playing a character. If we talk about monologue in AK VS AK, I can’t ask my dad how will he do it.

Because it is personal and you have to do it your way. But when it comes to career choices, yes I do take advice from him because of his expertise in the field. I do discuss projects with him before taking one up.