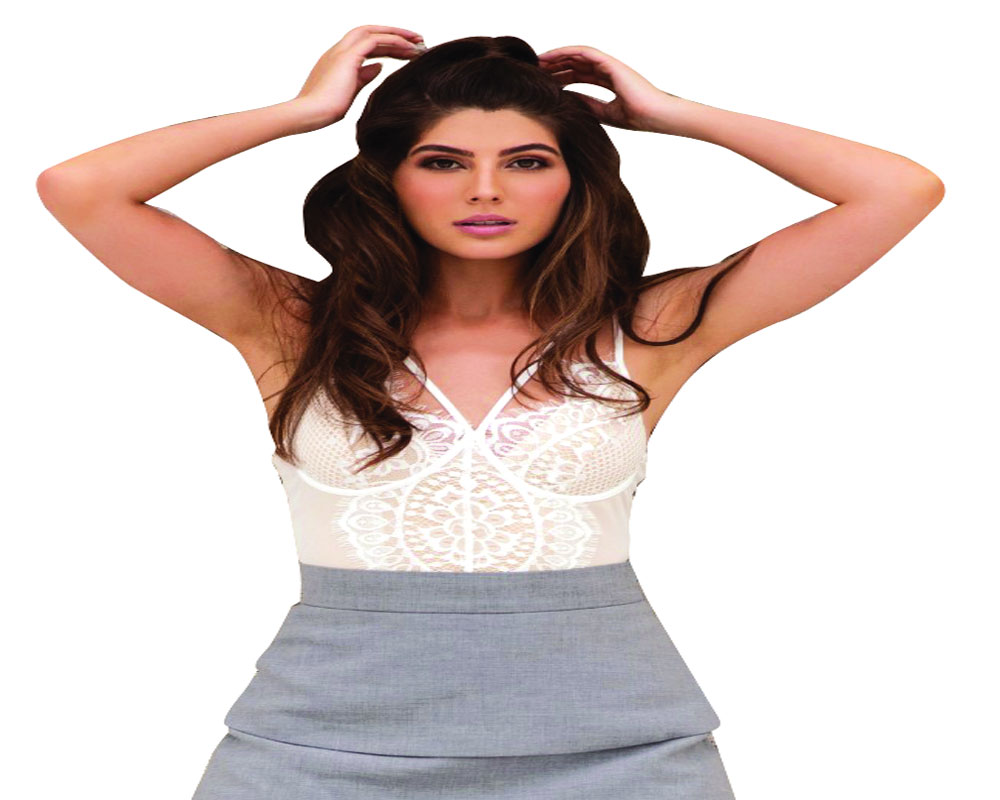 Elnaaz Norouzi | The actor who was once told that she had only one per cent chance to make it into the industry, now has projects like Sacred Games and Hello Charlie in her kitty. She speaks with Musba Hashmi about what is keeping her busy  and how she always wanted people to not see her only as a pretty face, but a good actor as well

What is keeping you busy?

I have been in Germany since the second lockdown happened. There’s something new which I am working on, but we haven’t disclosed it yet. It’s something special. Other than that, I am  busy with a new release that will happen in July; the announcement will be made in a week. Without giving away too much details, it’s a web series that I have done with Maddock Films. That’s again, something which is different and I will be seen in a new avatar in it. And lastly, there’s Sangeen, a thriller with Nawazuddin Siddiqui, we will begin dubbing for it soon.

Your performance in Hello Charlie is well recognised. How did you come on board the project?

I remember Excel Entertainment had asked my management for me to go for an audition for the film. I went to their office and we enacted a couple of scenes. Two days later, they called to inform me that they liked my performance. After that we had a lot of meetings for me to understand how it all will shape. It took me a while to agree to do the film because I was not sure of how much attention my role is going to get, because the gorilla at the end of the day is the star of the film. But then, my thinking is there’s no too small role for an actor. Not to mention, I like the script and the idea of how Mona, the character that I played, was the moving force of the film. I even had a song in the film, but later on it was cut out. Also, it is my aim to make sure that people not only see me as a pretty face, but notice my acting skills as well. That’s what I made sure when I played Mona.

Some memories that you have to share from the sets of the movie.

The only memory that I have is the heat. The shoot was done mostly on roads and I was wearing a leather jacket with tights. It was crazy. Most of the time, I was just sweating to death. (laughs)

You made a mark with your performance in Sacred Games. How easy or hard was it to get there?

Getting Sacred Games per se was hard, but the way to get there was even harder. In all these years before Sacred Games happened, I have said no to so many movies. I was about to do two big films, one was with Salman Khan Productions and the other was another huge film which I am not going to name, both of them were about to start when one of them got shelved and for the other one they wanted to go with a much bigger star. I remember preparing for an entire one year for my first film. We were just two weeks away from going to London for the shoot and it got shelved. There were days where I worked hard learning Hindi, dance and doing everything in a country that I didn’t know that well. Then the films got dropped and people told me: ‘Listen, the chance for you to get large or even any project here is just one per cent. You are a model, people don’t believe you can act and speak Hindi.’ There were some people from Bollywood itself who said: ‘Why will they look at you?’ But, I just took that one per cent chance and started auditioning. Sacred Games was one of the first few auditions that I gave and they liked me.

You started as early as 14. In all these years of your career, do you think you should have done something differently or shouldn’t have done at all?

There’s nothing that I feel I shouldn’t have done. I don’t have any regrets. But, of course, there are a lot of things that could have been done differently, but back then you obviously don’t realise it. And now, I don’t even remember about it. Also, that is what is called experience. You learn with time. And as far as starting early is concerned, I am happy about that. And if I had a child, maybe I would have allowed him/her to start early. I learnt so much in these years. I was 20 when I came to India. I always went with the flow.

You have emphasised on how you like to pick fleshy scripts. Are they easy to choose?

It’s easy if you know what you want. If you are reading a script and you know exactly what you are looking for and if that script is not bad, it’s easy. The most nos I have said in my life was before doing any other movie and even before Sacred Games. The reason was the kind of scripts I got, I was new and so nobody cared and they were giving even the smallest of films. Sometimes there was big money involved, but I still chose to not be a part of those films. It was hard, but I knew what I wanted to start with. If you know what you want you will recognise a fleshy script.