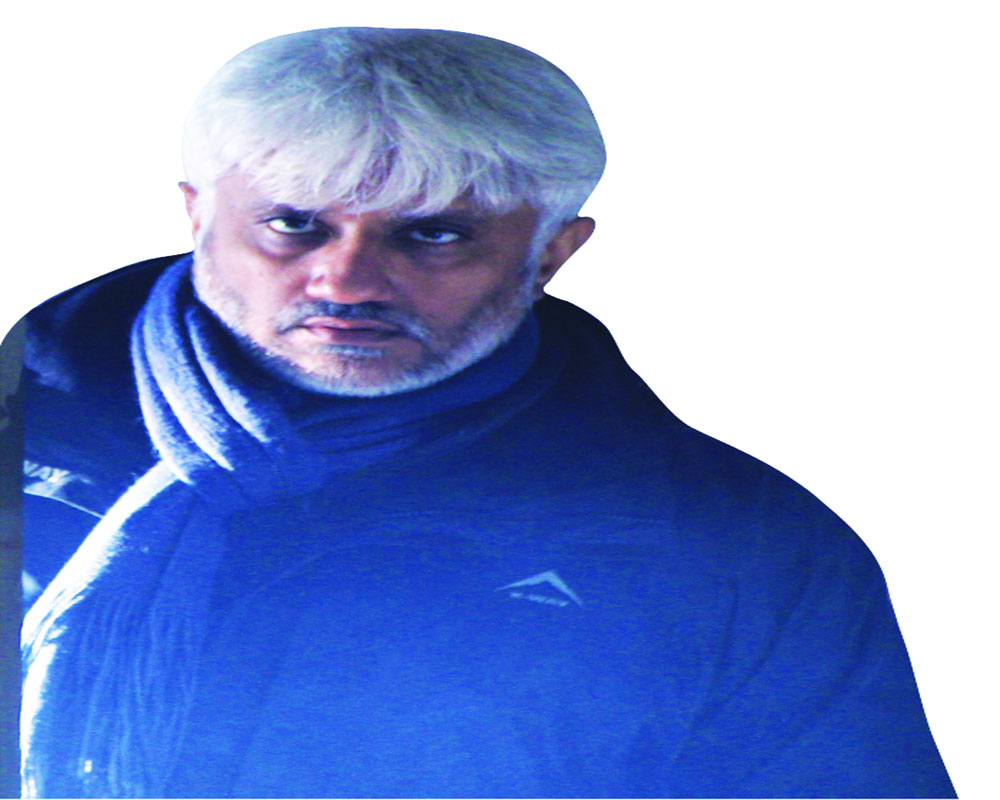 Vikram Bhatt | The director known for his slick thrillers and murder mysteries is back with yet another whodunnit. Bhatt speaks with Musba Hashmi about Bisaat, all set to release on MX Player on April 15, explaining why he got interested in making the series, how he took 50 days to shoot and one thing he can’t compromise on the sets

Bisaat is a chessboard of relationships, betrayal, deceit, lies and most importantly murder. While a murder mystery is generally devoid of deep relationships, Bisaat also has some fabulous take on the relationships that are on the darker side. This is what interested me even more to direct this series.

Can you talk me through the shooting process?

The shoot was to get over in 35 days and I took 50 days to shoot it.  I think my company was conspiring to throw me out as a director. But, we ended up doing a fabulous job. I had a great cast to start with, Omkar, Sandeepa, Leena Jumani, Jia Mustafa and Coral Bhamra, all are good actors. But, I had some characters in my mind and I wanted the actors to be those people. It took a bit to bring that about. But, once we achieved that, we had a lot of fun playing with the characters and the story.

I am slower than most directors. It takes me longer. You can’t blame me. I am a film director. I am used to shooting 125 minutes and you ask me to shoot 400 minutes in 35 days. I can’t be a Xerox machine. Also, I wanted the show to be nothing short of sparkling and I am proud to say that it is.

Did the response you got for the delay bother you?

I don’t get bothered when I am making a movie. You need to make it properly, not that you have to throw caution to the wind, but you need time.

What kind of stories attract you?

People think I like horror, murder or thriller. But there is something deeper in that. I like the darker side of the people. All of us are two people, there’s one person that we show to the world and the other that we keep private. I like to tell stories about this private person. That’s where my interest lies. As storytellers you can decide whether you want to tell stories of these kinds of people or those kinds. That’s what attracted me to Bisaat, it’s about the dark side of the people — dark motives. There’s a line: You are what you hide. You are what you Google also, but the first one is true too.

Does that mean thriller as a genre doesn’t attract you?

Yes, not at all. I have done comedy like Awaarapan also, but that is for a laugh once in a while. But where ever there’s a dark side of the human nature, it attracts me more.

Does it not bother you?

What has been your most challenging project?

No one would trust me, if I say this. But, it is Bisaat. A director syncs the entire story. When one takes a shot, for everybody on the set it’s a scene, but I have to keep a watch on from where the characters are coming, where they will move and everything else.  And when I started making the series, I thought it is so long and how will I maintain the emotional connect of the characters and how will I be able to send chills down the spine. So, I made a notepad on just the emotional moves of the characters and before every scene I had to go through it. And for a filmmaker who shoots two hours, it is easy to keep notes, but for this, I had maintain the combinations of relationships. That is what the biggest challenge I had faced —to make a comprehensive and cohesive piece of writing and directing of 400 minutes is a tough task.

What is that one thing you can’t compromise on while being on the sets?

Coffee. My cappuccino machine has to be there.

A huge pipeline for MX player actually. We are in the process of doing Anamika with Sunny Leone, I am directing it. There’s Maya 4, which my daughter is directing and Twisted 4. I want to have four hits with this platform, that’s the ultimate aim.