Talktime | ‘Ranning with this squad was fun’

Talktime | ‘Ranning with this squad was fun’ 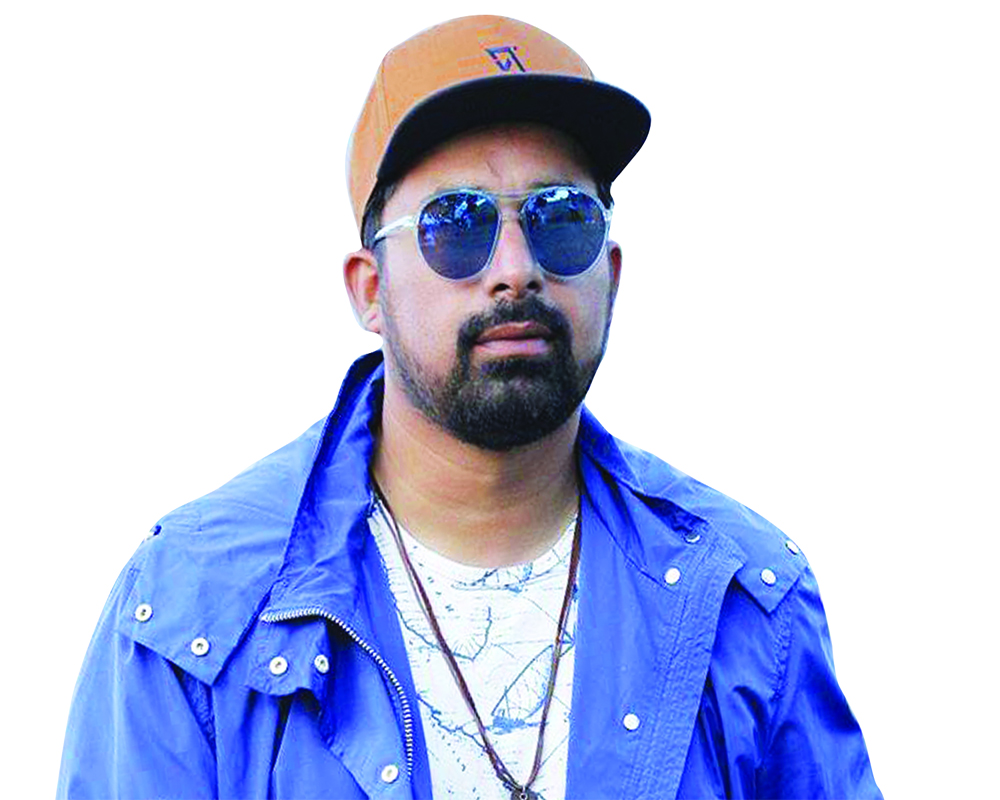 RANNVIJAY SINGHA | He is known for the MTV Roadies show and was last seen playing Siddharth Sinha in Mismatched. The VJ turned actor speaks with Shalini Saksena about his upcoming projects and what SquadRann is all about

What you did in SquadRann sounds fun and interesting. How did the idea come up?

The idea was amazing and we got associated because we had done some work with OML before. It is a brand that is as crazy as we are. When you have William Lawson, OML and

SquadRann together – it becomes a great partnership. To have no rules and be yourself is awesome. For a skateboarder to play cricket and actually take a run while skateboarding is something that would come organically to him or a BMX biker to hit the ball with his bike is organic to him though people would think otherwise.

How many ways did you try to play cricket? How was the whole experience?

We played cricket in as many ways as possible. In fact, the game is played in different ways across the country — from indoor cricket to book cricket to gully cricket to runs only on the legside or off side. This is a game that one can alter according to the situation or the ground or the resources you have. For us it was crazy; we had frisbee, basketball, bowling ball where the player hit the pins with a shot to archery. Then I used several different things to bat with — a baseball bat, a tennis racquet, a GoPro and even a tava. We even bowled with a football and the field kicked it the same into the wickets to get the player out. These were some of the things, one would do if you didn’t have a bat of a cricket ball. We had so much blast. There was an adrenal rush doing all these things.

Was your family disappointed when you didn’t join the forces?If I had gone into the Army, I would have been the sixth generation to do so. My family was worried for me because even after I had cleared all the exams, I was not going to join because I felt I could do something with adventure and travel and express myself creatively outside of the Army. This way, my family has had different experiences in life and are proud of me. They would have been disappointed if I had not cleared the exam. I told them if things didn’t pan out in a year, I would join the Army. They were apprehensive and worried but never disappointed.

You were last seen in Mismatched. How did you come on board for the series?

The makers called me and offered me a role of Professor who thinks out-of-the-box and has no rules. This is my personality. I saw the character had a way of doing things differently and this attracted me to the role. To encourage the students but also push them into the right direction. I thought the character would be fun to do and it was. Akarsh (Khurana), the director told me I was his only choice and when I met him, the vibe was so good. His confidence in me made me say yes.

What was your role in Forbidden Love?

The series was directed by Mahesh Majreka sir. Me and Mahesh sir had been trying to do something for a long time. I liked his work and followed what he was doing while growing up. We became friends. When he told me about this project, love is not always straightforward or simple. A lot of things happen — jealousy, different emotions, insecurity and passion. He was directing and acting in it. Raima (Sen) was part of it and I thought it would be great to be part of it. My role is special, for those who have not seen, it comes alive since there is a twist.

In this present pandemic we must concentrate on building mental strength and spend quality time with the family and keep yourself afloat work, with imagination and with creativity. Roadies in on air and Splitsvilla is going to be shot soon. Trying to work on an online show. There are things that I am here in London. There are some brands for whom I have to work. Just trying to live a wholesome and healthy life in this present situation.