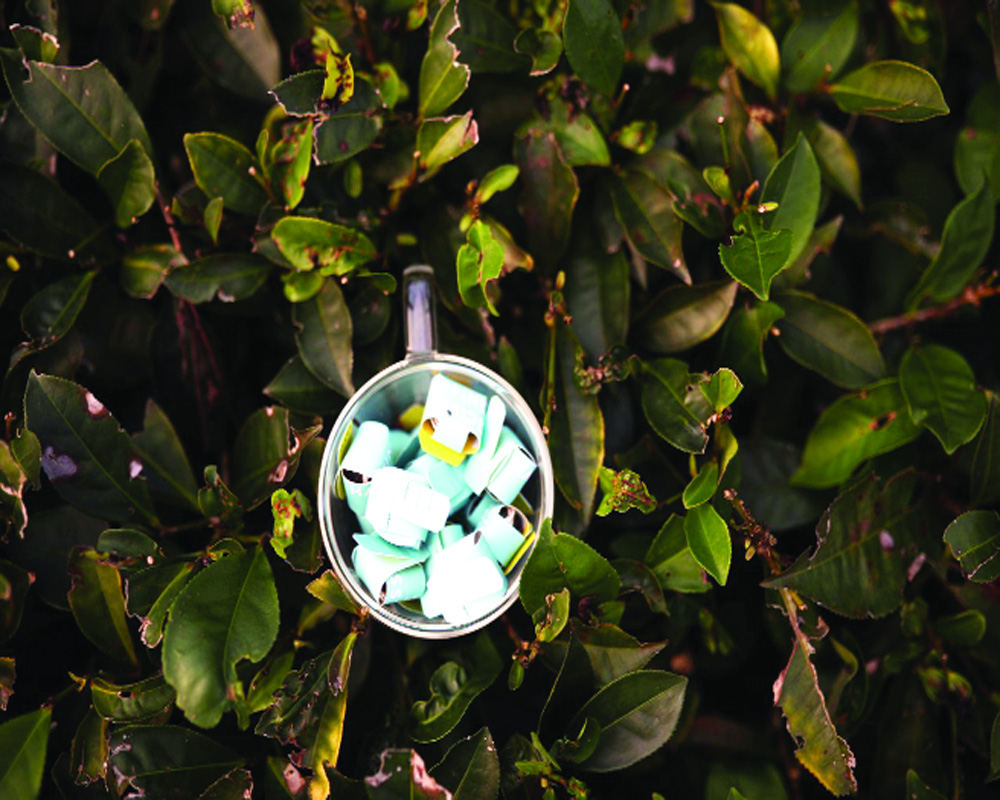 SHALINI SAKSENA speaks with Assamese duo, Upamanyu Borkakoty and Anshuman Bharali, about how they came up with the idea of the world’s first bagless teas

What do two childhood friends do when they put their heads together and think of a business idea that can be sustainable and cost-effective? The world’s first bagless tea hits the market. One may want to do a double check about the bagless tea and wonder how one can seep the tea leaves with no bag but the truth is that only did the duo — Upamanyu Borkakoty and Anshuman Bharali — make their idea work but also launched these bagless teas on November 18, 2020.

Borkakoty, who looks after the marketing and product research, tells you that the idea to do business that dealt with tea was two-fold.

“We had tried a few business ideas once I went back to Assam with Bharali. We live in a small place, Sivasagar. Back in 2015, Bharali and I were into lenses. But the sourcing and to get that to Assam was logistically a nightmare not to mention that it was not cost-effective. We wanted to do something that was available locally and what better product than tea. Of course, it took us time to research and that is how The Tea Leaf Theory was born. The aim was to create tea masters and crafters from tea growers who used to make a living by selling green leaves to large tea manufacturers,” Borkakoty says.

But the duo was clear about one thing. They wanted to work with only organic growers as such farmers were losing out on the revenue due to less produce. “We wanted to support and promote the marginalised tea farmers across Assam and Darjeeling. We wanted good produce and achieved specialty. In the November of 2016, we started with a global online store. While we got good feedback, we were told they were not exceptional. We went to China and Taiwan to explore the variety of teas. We found they were far more superior. The sample we got with us was shown to the tea growers. They were blown away with the quality. That is when we started to research more,” Bharali recounts.

The gap in the market that existed needed to be filled. All the tea boutiques wanted to show what kind of tea this region could produce, mainly from Assam. However, the boutiques couldn’t reach out to the growers. That is when Borkakoty and Bharali stepped in. Instead of doing B2C business they changed it to B2B.

“We shut our online store in 2017 and started focusing on B2B model and became a sourcing for rare teas for the boutiques. Slowly, we realised that the Indian consumer was losing out on these beautiful teas. The consumer only had to make a shift in brewing technique — how to move from traditional way of drinking  tea to specialty teas? That is when we came up with the idea of whole leaf tea. This is like a gold standard for tea production since few gardens produce tea from two leaves and the bud,” Bharali tells you, who looks after the operations, finance and IT.

From here, was born the idea of how to present to the world how two leaves and the bud tea tastes like to the Indian market. The challenge was to ensure that the leaf retained this shape on how it was plucked. What the team did, the leaf lost its shape. As long as the leaf was in its raw form, the tea was delicious but the minute it was packed, the taste changed.

“First, the leaves broke. Second, tea leaves are extremely hydrophobic in nature. As soon as they come in contact with air, they absorb moisture and flavour goes down. We decided to pack it on our own. We took two leaves and the bud, tied it with a string, compressed it with a machine into a cylindrical shape so that the leaves don’t break. We are working on the process of making the whole process even more efficient. Given that we are not using bags to put the leaves, we are reducing carbon foot printing. We pack the leaves at the source. This retains the flavour. At present, the sachet has a thin layer of plastic to restrict the air from entering. But soon our packing will be 100 per cent biodegradable or eco-friendly,” Borkakoty says.

Not all is easy. The teas are handcrafted at present. The duo is trying to make their operation semi-automatic to ease the work of the employees and to make the process more scalable.

“We are getting a good response from the market and need to improve upon the process. We also want to make it easier for the farmer whom we adopt a contract manufacturer so that training him becomes an easy process. The cost of one tea string ranges between `24 to `28. We sell our tea in a box that has 16 sachets. The best part is that one can make three cups of tea from one string,” Borkakoty says.

Of course, there is a way to have these special teas. Just like one would brew an orthodox tea, these bagless teas need to be brewed for five minutes and the tea is ready. One is advised not to add any milk or sugar.

“Even in orthodox teas, one doesn’t add milk or sugar. The same holds true here as well. These teas need to be enjoyed without milk or sugar. One can, if needed, add sugar,” Bharali explains.

The one thing that the team didn’t have to tell people to buy these teas. The Insta influencers gave them a lot of support. These people started recommending them. Another plus that worked for them was word of mouth publicity. So much so that they have been sold out on two flavours.

“The product itself is a treat for the eyes. When you see the leaves unfurl when hot water is poured in a glass cup, it looks so beautiful and tempting. Then there are the flavours — green tea (Silky Green), green tea with tulsi (Dirty Detox), white tea (Silky White) and orthodox Assam black tea with tulsi (Killer Immunity),” Borkakoty says.