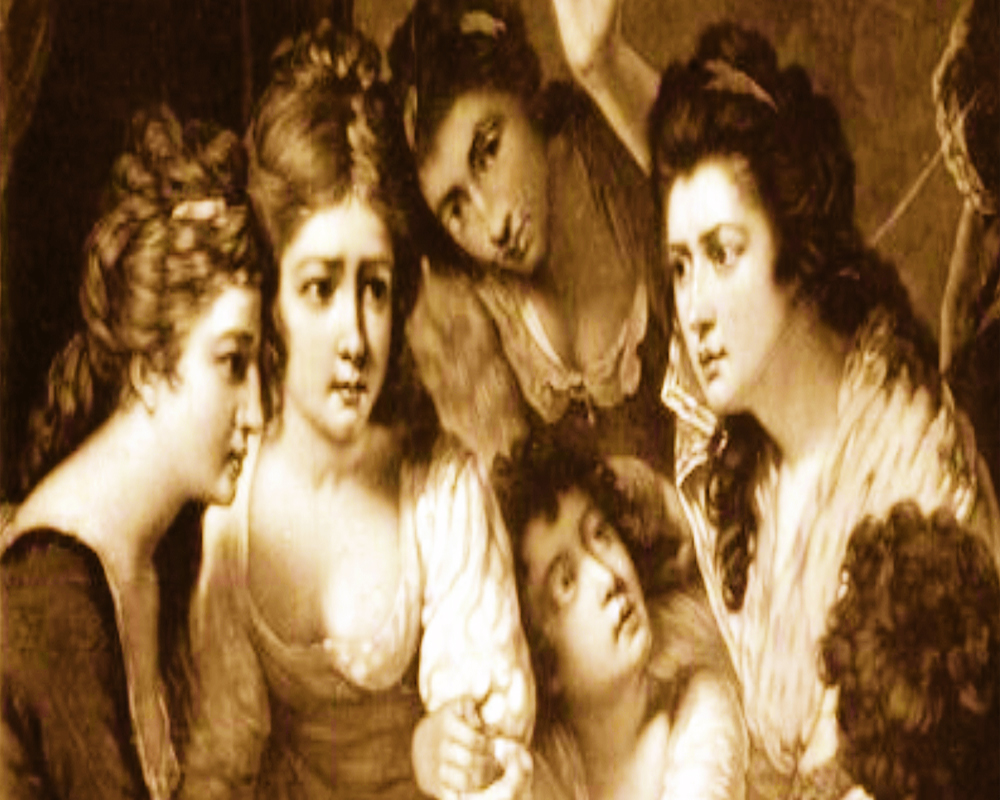 Stories are an excellent mode of keeping the history of heritage alive, writes Sutapa Basu, as she shares her impressions on the importance of making heritage a part of contemporary storytelling

Stories have disseminated consciousness of our past cultures since times immemorial. Whether through cave paintings or oral narrations, the earliest mode of passing traditions, history, customs, and rituals through generations has been only through storytelling. Before written language was discovered, even certain work skills were passed from father to son through stories. The reason is simple, anything woven into a story is unforgettable.

Storytelling is a powerful tool that has massive lasting impact. When we listen to stories or read them, they boost our feelings of trust, compassion, empathy and positively influence our social behaviour. Storytelling has a unique ability to build connections. When we hear a well-told story, your brain reacts as if we are experiencing it ourselves. We respond to stories because they cultivate a sense of togetherness. Thus, stories that tell us about our past or what we have inherited from our ancestors make us feel, we are part of something bigger than ourselves.

Heritage is the complete scope of inherited traditions, monuments, objects, and culture. Most significantly, it is the range of contemporary activities, meanings, and behaviour that we draw from them. Heritage includes, but is much more than just preserving, excavating, displaying, or restoring a collection of old things.

Heritage is tangible as well as intangible. Monuments, artifacts, books, archived records of events are tangible while traditions, lifestyles and mannerisms are some of the intangible elements that we inherit. We can explore heritage through excavations, conservation, restoration and display of concrete objects. However, history of songs, recipes, cuisine, nuances of language, dances, dress and other conventions of legacy need to be perceived and appreciated. An excellent mode of keeping the history of heritage alive, generation after generation, is through stories. For what is history but story telling?

Let’s see how some of the palpable as well as abstract elements of heritage have benefited through telling stories.

Old forts and castles, mansions and monuments are natural source for stories, myths, and tales. When I visited Chittorgarh fort, one of the myths I heard was about how the religious fervour of Meera Bai, the Princess of Mewar, had kept intact her chamber in the huge palace though the rest of the royal residence had been flattened. Obviously, I went back and read up everything available about the history of the palace and fort. I discovered more such myths.

In The Pillars of the Earth, author Ken Follet describes in great detail how a 12th century cathedral is built. He makes a tale of its unusual architecture, politics and weaves civil war, famine and religious strife around it.

Bimal Mitra’s Bengali novel Saheb, Bibi, Golam made into the famous film, Sahib, Bibi Aur Ghulam is set in a zamindari mansion that resonates with the culture of the period. His entire story is about the feudal and patriarchal traditions which emanate from the mansion.

Another story like that is Shatranj Ke Khilari about the nawabi culture that has been filmed in the old palaces of Lucknow.

An amazing story that revolves around food, its concoction, history and influence is Like Water For Chocolate by Laura Esquivel. Tita, the tragic protagonist of the story, is only able to express herself when she cooks. The chapters even carry recipes. They fascinated me and I even cooked some of them. The stories about food gave me a wonderful view of regional cuisine.

Another book that has enamoured me is The Flavour of Spice by Marryam H Reshi that gloriously celebrates spices. Reading her book, I embarked upon a delightful foray into the heritage of Indian cooking as she traces history of spices as far back as possible.

Reading Gone With The Wind by Margaret Mitchell gives the reader an excellent insight into lifestyles, dresses, social customs and attitudes prevalent in southern parts of USA during the American Civil War in the 1800s. The book has become a reference point for scholars of that period.

Vikram Seth’s novel A Suitable Boy brings us the perfume of courtesans and old-world charm of the pre-independence period. It gives us a peep into lifestyles, notions and sentiments of a bygone culture.

Dramas written by playwrights such as Shakespeare, Kalidas or Anton Chekov, when staged, are a feast for costume designers. They display the fashions worn during a specific period in a certain parts of the world where the dramas are set. However, stories are created not only by writers but are also told by raconteurs.

When the Ramcharitra Manas or Meghdoot is recited there are vivid descriptions of garments, headdresses and weapons which make them come alive through mental visuals for the listeners. History and heritage of dresses come alive only through these descriptions. We can then compare them and find out what of that heritage still remains in our fashions today.

Read Pride and Prejudice by Jane Austen and we find out about chaises, stagecoaches, barouches, phaetons, and curricles. What about 20,000 Leagues Under the Sea by Jules Verne to know about submarines or fictional wonder vehicles such as the muggle car from the Harry Potter series?

Pather Panchali by written by Bibhutibhushan Bandhopadhya and put on celluloid by Satyajit Ray shows its protagonist’s obsession with the train that passes his village. Since his only travel experience had been on a bullock cart, the speeding train enthralled him.

Dickens’ A Christmas Carol is a wonderful cameo on the traditional Christmas spirit. Similarly, Sense and Sensibility by Austen profiles the Victorian custom of older men marrying young girls. Emily Bronte’s novel Wuthering Heights is all about how social class creates conflicts among its characters.

Khushwant Singh’s Train to Pakistan, Jhumpa Lahiri’s Namesake and The Lowlands are excellent profiles of traditions and rituals in different parts of India. Arvind Adiga’s The White Tiger gives insights into class disparities of an India of a decade ago. Chitra Divakaruni’s Palace of Illusions takes the reader back to the rituals of the Mahabharata period of Indian history while Before We Visit the Goddess is about multi-generational bonds, that rise from the countryside of Bengal, India and sweep into the streets of Houston, Texas.

Mark Twain’s The Adventures of Tom Sawyer is a wonderful study of the use of dialect by different social classes in nineteenth century America. In fact, introducing dialect into literary writing goes back to Chaucer. Non-standard spellings and slang are used often in literature to delineate characters and give them identity.

Evolving language is one of true measures of heritage. Do you remember Eliza Doolittle in George Bernard Shaw’s Pygmalion? If only learning the correct dialect could make a flower girl into a lady of consequence, how important can language be in the reconstruction of society?

Ruskin Bond often uses regional nuances and dialect to create atmosphere and build his characters. Many of his stories are set in the terai of the Himalayas and his villagers often use words in their own dialect in dialogues.

With such eminent authors to light up my path, I have included many features of heritage in my books to build ambience, build characters and bring authenticity to my storytelling. In all my historical fiction books, I create the historical period through visual pen pictures of the dress, cuisine and traditions of the period and place. In The Curse of Nader Shah, I have exposed Nader Shah’s obsession with the colour red on his garments and his creation of the four-cornered hat, the kulah-e-naderi. In The Legend of Genghis Khan, I have described the wide range of knives that the Mongols always carried on their belts and their varied purpose. Padmavati has numerous regional words sprinkled across the story for the sake of authenticity.

My latest book, The Cursed Inheritance focuses on the city of Kolkata and its cultural nuances. The zamindari mansions that dot the city inspired the setting of this cozy mystery inside a dilapidated yet grand mansion of Kolkata, called Sarkar Bari. I describe egg concoctions being cooked that are special to Kolkata as well as a coal stove built inside an iron pail, a common cooking implement in Bengal.

Kolkata is one of few cities which still has the hand-pulled rickshaws. Mentioned numerous times in my new book, is Kolkata’s iconic vehicle though the protagonist also empathises with the emaciated pullers and their livelihoods. I have chronicled the tradition of celebrating the festival of Durga Puja in the mansions of old zamindari families in this novel. Belief in tantric practices and demons as guardians of treasures is one the regional features of rural Bengal which has been exploited to the hilt.

Stories, narratives, and storytelling are central aspects of all cultures and thus, a part of heritage. For the storytelling to become an effective propagator of cultural history, it must engage the listener or reader, and provide a narrative that is both cognitively and emotionally compelling. People are natural storytellers. They tell narratives about their experiences and the meanings that these experiences have in their lives. All cultures and societies also possess their own stories or narratives about their past and their present, and sometimes about their view of the future. The memories and retelling of the past provide a sense of security in an uncertain world. Stories, both written and verbal, are veritable source for this history.

Stories are a thread of timelessness that runs through a rapidly changing environment. Hence, stories revolving around heritage bring a special sense of belonging and of continuity. It reduces global conflict and brings empathy for co-existence. All said and done, storytelling is one of the dominant means of preserving heritage and passing down of values and traditions that make the global social fabric stronger.

The writer is an author and poet. Her book,The Cursed Inheritance, has been recently published