The rise of civil society in war against a virus

The rise of civil society in war against a virus 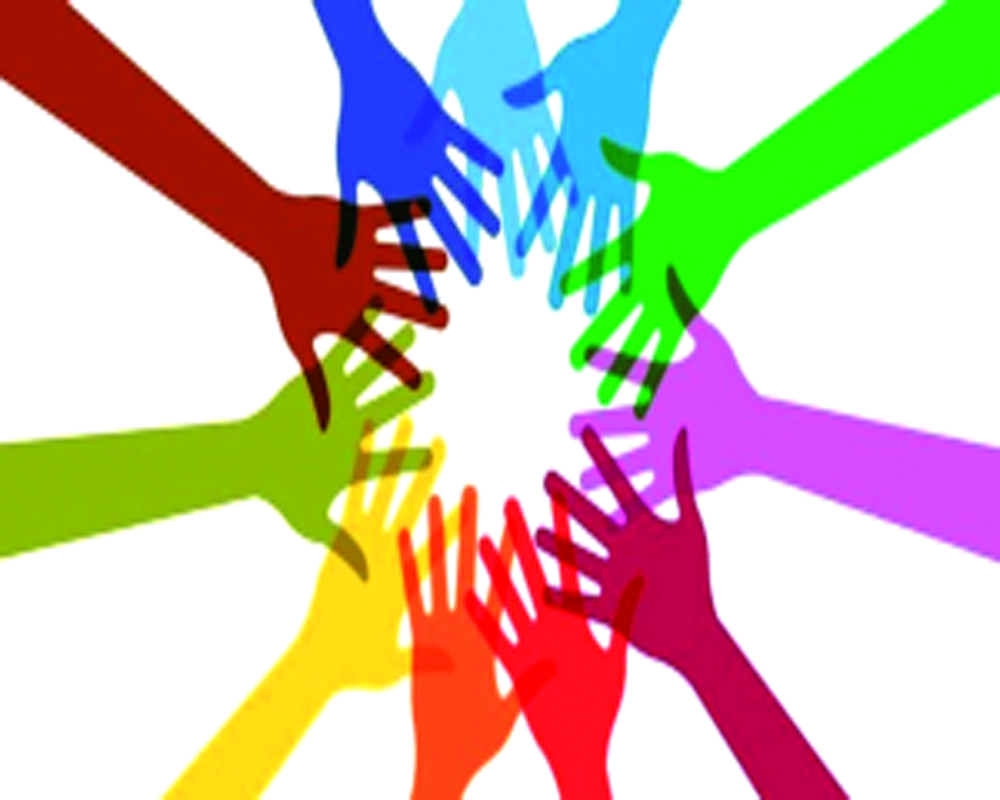 While the central government failed to deliver, local bodies took it upon themselves to support the public. New indigenous technologies for recovery were funded by private companies & handed over to these bodies to manage

At a five minute walk from the banks of the Nile river in Cairo, at Tahrir Square, a leaderless movement had broken out a decade ago. I was living in Cairo at that time and had joined with my placard ‘Indians for Egyptians’ the thousands of people first congregating at Tahrir, and then in cities across the country to ask for a governance system that distributed resources equally to all strata of the society. It was a revolution, in January 2011, more for jobs for all than for democracy. In a country that had refrained from the very mention of the regime even in their homes, citizens of Egypt now came out, day after day, on the streets, asking for jobs for the poorest, equal opportunity, a free and fair democracy. They then demanded that Egypt’s President must step down.

Today in India, the Indian government has failed and committed citizens have stepped up to prevent the nation from slipping into an even deeper abyss than it has already. All across the country, thousands of individuals, corporates, and non-governmental organisations have come together to help. Many are doing so to genuinely offer all the help they can. Their motivation is humanitarian. On the other hand, there are not for profits that are demanding commissions for relief projects, companies that are profiting from inflated prices of medical equipment, and individuals doing nothing but claiming political mileage out of others’ work. There is a missionary and a mercenary side to India’s civil society stepping up where the State has vanished. On the extreme end of the spectrum are indeed scams such as businessman Navneet Kalra’s alleged hoarding of involving dubious quality and a growing black market. As the Indian economy shrinks the mercenaries will increase in number, indeed making it more challenging for the missionaries to procure partnerships and material to persist. The battle against Covid in India (and the world) is far from over and during this time we will continue to see mercenaries and thankfully also missionaries.

There has been another astonishing trend. Rapidly people across India are sharing information and learning from each other. There are thousands of Covid relief whatsapp groups that have quickly connected people to collaborate for treatments, resources, scientific evidence, and other needs such as mental health. There are lists on excel for verified resource persons and their phone numbers. As corporate funds for Covid relief are fast getting exhausted this year, crowdfunding platforms such as Milaap and Ketto have emerged to the rescue. The platforms are now flooded with information about various Covid relief initiatives that need funds. School and university alumni groups have transformed into Covid task forces. Indeed newspapers, television, and news on the internet have provided ways for ordinary people to keep up with the new findings of this deadly virus. The rapid mobilisation of people across the country has been greatly aided by the ease of transmission of information. It reminds me once again of the spring of 2011 when citizens across a set of countries in the Middle East were acting in similar ways to initiate negotiations with their governments for political change. They learnt from each other via the fast flow of information facilitated by telecommunication and media. They shared a new understanding on how power should be organised and how national wealth should be used for the good of the public, putting forth a new political arrangement that spread, quickly across international borders.

Finally, there has been a trend of unforgivingly poor policy decisions to support the people’s uprising against Covid in India. The gravest and earliest glitch was in mobilising people’s energy towards a lockdown as mindless and deadly as the virus itself. Pockets of the country’s population that were not even remotely affected by the virus were shut down, whereas they could have continued. Nonprofits have long been a part of India’s development journey, and were especially helping millions in India during the early months of the pandemic. Yet in December 2020 the Foreign Contribution (Regulation) Act, 2020, shut down their contributions by restricting subcontracting, forcing NGOs to open their FCRA account only at the State Bank of India Parliament Street branch, and a host of other irrational and uncertainly untimely changes. Administrators underestimate the pandemic and miscalculated the availability of hospital beds — last year I had offered free of cost temporary Covid recovery facilities to State governments amongst which a few accepted while some smugly gave me details about sufficient state health infrastructure. Even the communication about the virus was incredibly convoluted and ineffective, leaving Indians confused about what they really need to do to stay safe. Universities were told that it was okay to reopen, leading to Covid massacres on campus. Politicians across parties prioritised votes over people’s safety and gathered large crowds. Our education system is such that it doesn’t teach us to think for ourselves. We did not apply our minds and instead obeyed what we were being told to do — getting in to lock downs and then exiting them even when the number of cases around us were surging — until the time people took it upon themselves to ensure their and others’ survival. It reminds me of the frustration of the ordinary citizens of Egypt 10 years ago when they too were tired of their government and took matters in their hand.

India’s CSR expenditure for FY20 stood at Rs 17,885 crore, already down from Rs 18,655 crore the previous year. Then further, as what might be a direct economic consequence of the pandemic, 19.65% of Indian companies who were profitable in Q4 of FY 20 reported losses in Q1 of FY 21. CSR constitutes 28 percent of India’s total philanthropic giving, but is expected to further decline by 5% this year, according to the India Philanthropy Report 2021. During the pandemic, corporations at large have had their own share of worries about keeping their employees safe, managing with reduced workforce due to employees catching the virus, ramping up the digital transition of their organisations, besides those who also dealt with squeezed revenues. Yet corporates contributed with funds and resources to fight the pandemic in India, which by the end of FY2021 seemed exhausted and dwindling. Large corporations are also stuck in the dilemma of toeing the government’s cues of inaction and poor policies, or being innovative towards fighting the pandemic.

While the central government failed to deliver, several local municipal corporations and panchayats took it upon themselves to support the public. New indigenous technologies for Covid recovery were funded by small and large private companies and handed over to these local government bodies to manage. My own company Sustain Labs led a consortium of university, private sector, and local government partners to establish 15 Covid care hospitals so far across India, for which partnering with local MLAs for infrastructure and hospital management was essential. The efficacy of local government bodies has varied across districts. For example in Delhi, one of the key reasons for the mismanagement of the pandemic has been that the roll out of Covid relief is largely being done by the yes-men of administrators who are out to please the latter. The administrators, on the other hand, take decisions based on the information provided to them which largely consists of only ‘good news’ which is often even fabricated. An example of good practice is MLA Amin Patel in Mumbai’s run down Amin Patel who physically visits the community and directly keeps in touch with all partners involved in helping the Brihanmumbai Municipal Corporation fight Covid. The most successful partnerships between these hyper-local government bodies are therefore those where the key decision makers are administrating the Covid relief work on the ground and there is a high degree of trust between the decision makers and the private partners involved.

These are some of the reasons that have led to the spectacular rise of India’s civil society to fight the pandemic. While the world is indeed also at war against the same virus — as UN Secretary-General António Guterres rightly declared yesterday — the uprising in India is truly unique as it is leaderless. The Indian government is absent in our fight. India’s political opposition has not been able to rise to the occasion either and has thus once again proved its weakness. There is no other organisation or person giving direction to our citizens’ movement of self-help. Will people power lend to rage against the government, as it did in Egypt a decade ago? The problem with leaderless social movements is that it provides no strong alternative to the status quo.