The truth about the money trap

The truth about the money trap 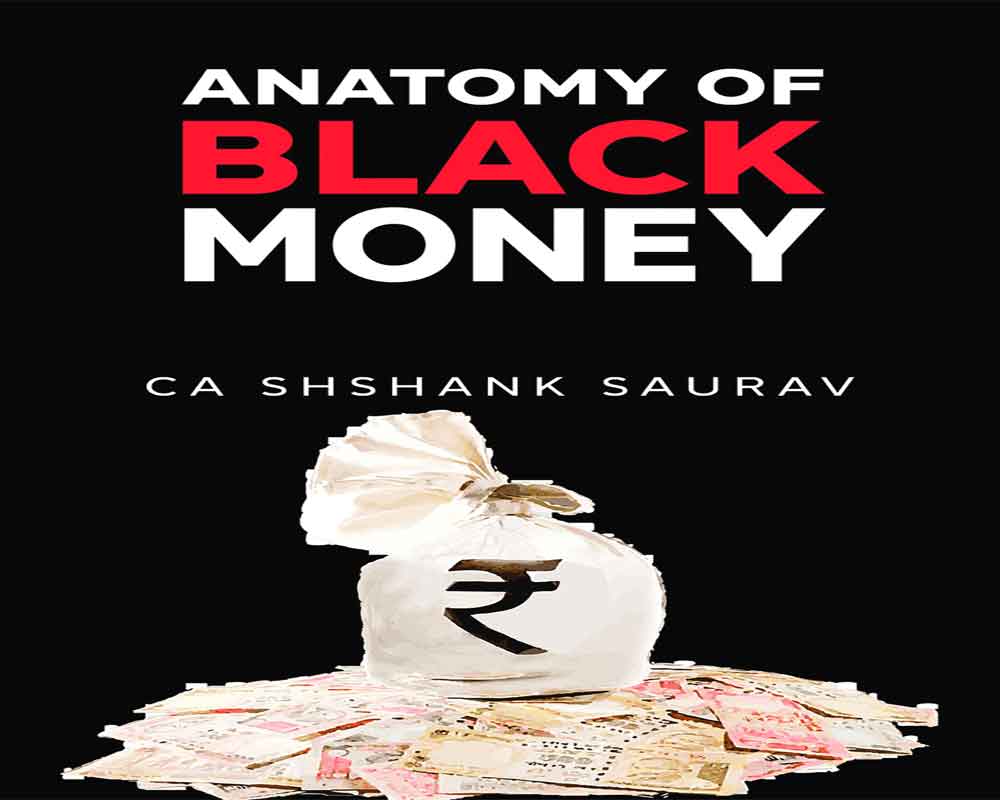 Shshank Saurav’s book, Anatomy of Black Money, is a good read for all those who want to get a sense of how cheats are defrauding India of its limited resources without getting lost in financial jargon, writes Uttam Gupta

There is an inherent tendency among criminals and other dubious operators to conceal income generated from illegal activities such as smuggling, drug trafficking, proceeds of corruption in public offices etc from the eyes of the Government and its agencies whom they have reason to fear. However, people tend to hide even income earned from legitimate sources with the sole intent of avoiding payment of tax or any other levies such as stamp duty, registration charges, market fee etc. The income concealed from the public eye is black income.

Black income has the effect of denying the Government access to resources, be it by way of taxes foregone or funds siphoned off from the welfare schemes or inflated payments made to private contractors in lieu of bribe received by corrupt officials and their political bosses etc. This in turn, affects the pace of building infrastructure, funding other development activities and provides income support to the weaker sections of the society.

It impacts economic growth and stability in a variety of other ways. The colour of currency note — irrespective of whether it is under regulatory oversight or not — being the same and accumulated in plenty by the dubious operators, these holders can cause prices to rise and may even use the money to hoard essential commodities, in the process create miseries for majority of the low income earners. They siphon off money to safe havens thereby seriously impacting India’s balance of payments (BoP) and foreign exchange reserves.

The reverse flow of this money — after doing several rounds in trade circuits also termed as ‘round tripping’ — back to India in the guise of foreign direct investment (FDI) or foreign portfolio investment (FPI) or even infused into ‘Start - ups’ can have a destabilising effect on the economy.

The author lucidly deals with the nuances of black income; how it is generated; how it is moved within national boundaries and globally across jurisdictions; how it gets integrated with the ‘legitimate’ economy to camouflage its true character; how it gets converted into ‘white money’ and the modus operandi used to achieve their (read: offenders)  nefarious goal and how it impacts the macro-economy.

For decades, successive regimes — prior to the incumbent Government led by Narendra Modi — had remained cool to the dire need for taking measures to check the proliferation of black money. This is amply demonstrated by absence of any action on the Benami Law for years despite the recommendation of Law Commission in 1973 and even after the law was enacted in 1988, the rules were not framed (sans these, the law has no meaning) until 2016 when Modi did it.

Also, look at the Double Tax Avoidance Agreement (DTAA) signed by India with Mauritius in 1982. Despite its persistent misuse and evidence of Indian residents moving money to that jurisdiction only to come back as FDI — solely with the aim of avoiding payment of tax in either jurisdiction — the Government of the day never bothered to take a re-look at agreement. It was only in 2017 that Modi-regime has made necessary changes.

Far from making an assault on the black money, the ruling dispensation in those times did things to legitimise it. For instance, the Voluntary Disclosure of Income Scheme (VDIS) brought out by the then Finance Minister, P Chidambaram (1997) enticed hoarders to declare their undisclosed income, pay tax @30% with an assurance that they won’t face any penalty or prosecution. It literally gave them a clean chit for all their wrongs done in the past.

Shshank has touched upon all such lackluster actions of the past regimes. He has also recognized the moves by Modi government to tackle black money and related malpractices. Apart from the Benami Law (2016) and revision in DTAA (2017), other reform measures implemented by it include Demonetization (November 8, 2016); the Goods and Services Tax (GST) (July 1, 2017); Black Money law (2015); Insolvency and Bankruptcy Code (IBC) (2016) etc.

Another area wherein Modi government has taken innovative steps relates to use of information technology (IT), data analytics and coordination between its various wings such as the Central Board of Direct Taxes (CBDT), Central Board of Indirect Taxes and Customs (CBIC), Financial Intelligence Unit (FIU) etc and financial institutions and banks to identify mis-matches between the income as per IT return filed by the assesses and his actual income thereby preventing tax evasion and short payments. It has also extensively used direct benefit transfer (DBT) for transferring money to the beneficiaries under welfare schemes thus reining in leakage.

The author has also touched upon the efforts being made at the international level especially under the aegis of OECD (Organisation for Economic Co-operation and Development) and G-20 to rein in MNCs — including digital giants — which are depriving ‘source’ countries billions of dollars in tax revenue as also those involved in financial crimes and fugitive offenders. At the same time, he candidly recognizes as to how these efforts are undermined by abetment of ‘tax havens’ even by the very countries (say, USA) who claim to be victims.

The book is a good read for all those who want to get a sense of how cheats are defrauding India of its limited resources without getting lost in financial jargons (illustrating complex modus operandi with simple examples will keep even a layman engrossed). The policy makers and regulators can also benefit a lot from the suggestions in the Chapter “Way forward” to handle the increasingly tech-savvy economic offenders and tax evaders.