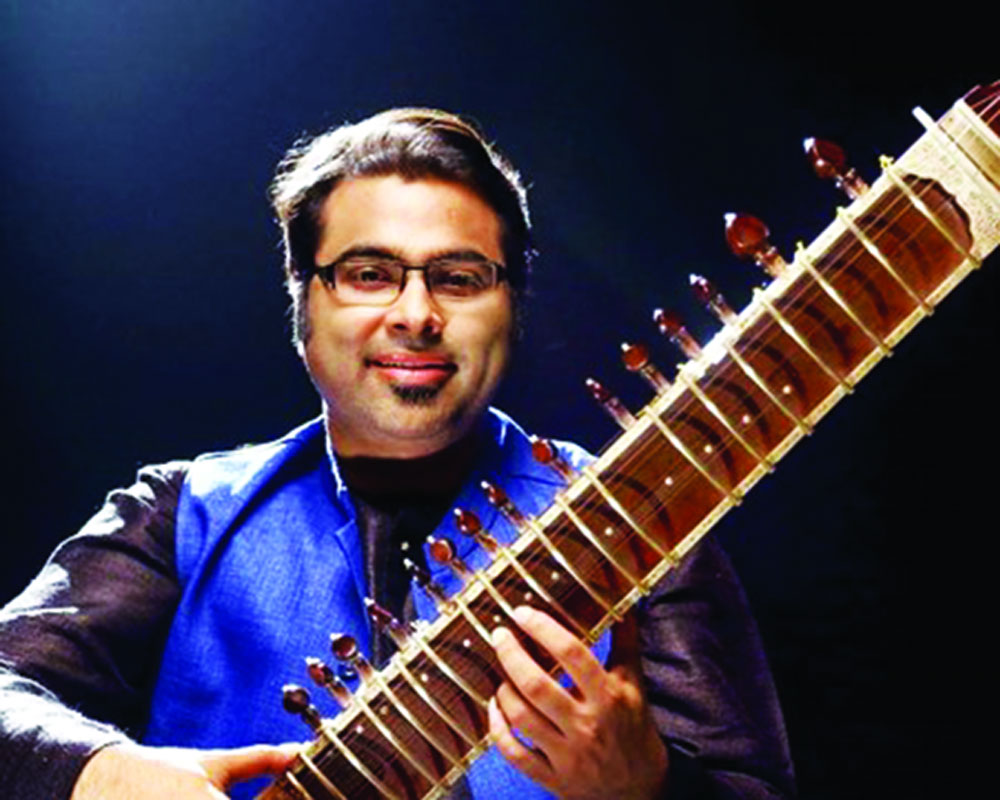 When the present pandemic hit last year, everything went online including concerts that brought millions of music lovers together in spirit on one HCL’s platform in times of social distancing, says SHALINI SAKSENA

The COVID-19 has changed the way we live and go about doing our daily chores. This also includes how we look for ways to entertain ourselves. The digital world has exploded and this means how we listen to music as well. From listening to artistes perform live to watching them online, today the world is a different place.

Rohit Kaul, head, HCL Digital Concerts tells you that when they had started with Baithak, Baithak US and Soundscapes the journey has been an interesting one since they started holding digital concerts in March last year.

“When we started last year, we never thought we would end up holding so many concerts online. The 100 milestone is truly amazing. We never anticipated that more than 80 million would watch these shows. It has been enriching and gratifying as well. We have not only been able to showcase legends of the industry in our concerts but also many upcoming artistes,” Kaul says.

He tells you that what they had not planned for was to get a certain number of viewership or how many concerts to hold or if there is an end date to it.

Interestingly, holding virtually concerts was not something new to Kaul and his team. They had been organising live streaming of their concerts even during pre-COVID-19 times.

“We had been streaming our live concerts digitally as well. This helped us when we had to quickly go digital. We had requested from the artist community wanting to know what could be done since physical concerts had come to a standstill. Our response was quick due to the learning we had. Along the way, they were several leaning. The positive was that we understood the power of digital space. We also, understood that there was need for physical concerts too. We learnt small technical details as well. We learnt what the audiences like and give feedback to the artists,” Kaul recounts.

He tells you that now that things are easing up and COVID-19 numbers are coming down, they will hold their concerts in a combination — online and offline. “Of course, we still have to and should follow COVID-19 protocols.We will wait a bit longer before we go offline. Our digital model will continue though,” Kaul says.

Sitar maestro Purbayan Chatterjee, who was accompanied by Satyajit Talwalkar on the tabla and Farooque Latif Khan on the sarangi,  and performed at the 100 th digital HCL concert has an interesting viewpoint. He tells you that virtual is becoming more and more real.

“In the interest of moving ahead instead of living in denial, we must embrace things. It is better to go with the times. Things are easing up and now we can go to a studio to hold a virtual concert. So many things have become virtual. We are ordering food on app. It is not that we are losing human touch. The human element — the person who created that app — is still there. When we chat over a video call, there are people at each end. That is not going to go away,” Chatterjee explains.

His choice of piece for the 100 th milestone was an interesting one well. He chose a piece that had an upbeat feel to it. “Since it was a celebration, I decided to go with raag Maru Bihag; it is very melodious and this was a happy occasion. I introduced sarangi which first is very auspicious and the instrument is quintessentially very Indian instruments. I wanted to promote this instrument. Also, HCL stands for going back to our roots hence I chose something that would have that happy tone to it,” Chatterjee says. However, he is not new to performing virtually. In the past too, he had done virtual shows including live performance.

“Even when there was no COIVD-19 we had a virtual show for World Music Day. We did a jugal bandhi with Kaushiki Chakraborty which was shot in Delhi for a virtual audinece. What I had not thought of was that I would be only doing virtual shows. But things are slowly coming back on track — with live perfomance and audiences,” Chatterjee tells you.

Even last year, when things had eased, things were looking up. There was a full house for a festival I did in Odisha, I did a couple of shows in Mumbai and there was good attendance. I recently did a show in Chennai and people had turned up in good numbers. I have a show in Mumbai next month. Let’s see how that turns out to be. With vaccination drive doing well, fear among people is slowly easing,” Chatterjee says.