Who is the animal here?

Who is the animal here? 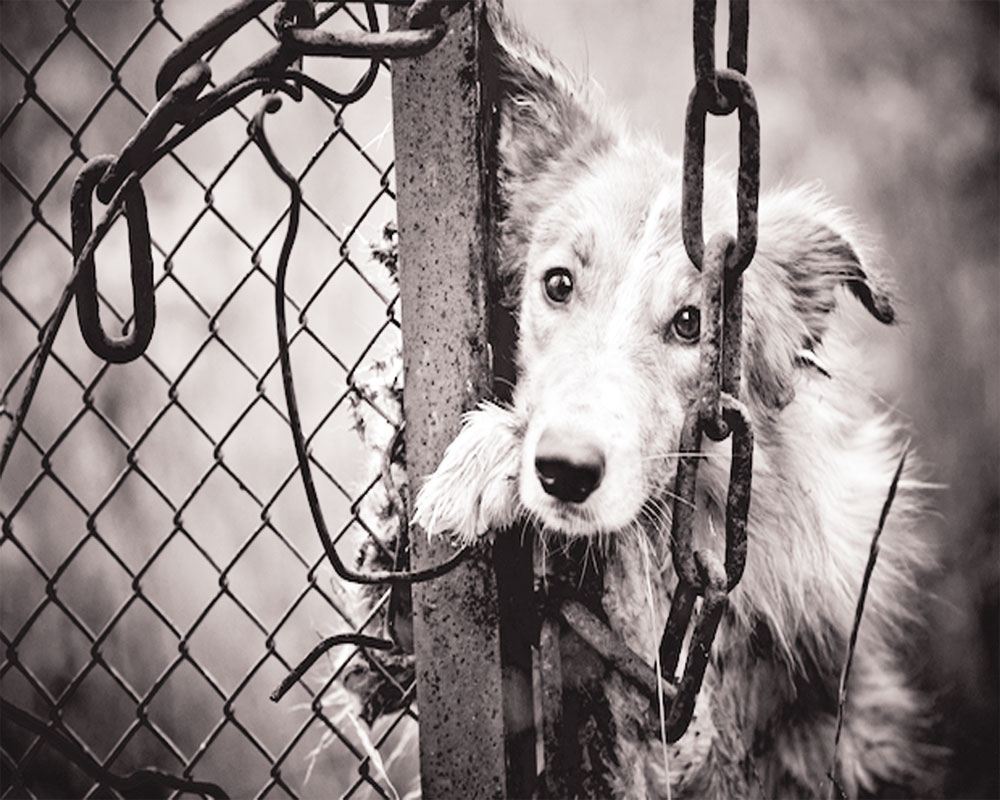 Bludgeoned to death, set ablaze and separated from offsprings. These heinous inhuman crimes are not unheard of but the cruelty of it crosses all limits when the victims don’t have a voice to show their pain. MUSBA HASHMI talks to experts to find a solution for cruelty against animals

Your phone beeps — a notification on the family WhatsApp group — you open it to only see: An elephant was set on fire by the villagers.You were just recalling the incident that your phone beeps again. The message reads: A dolphin was beaten to death by a group of boys. As if this was not enough to make you cry, the phone beeps once again and now there’s a news article explaining how five men trapped and killed a leopard to eat its flesh and sell its jaw and paws.

These mere one-line incidents are enough to leave you in tears and make you question the existence of humanity.

While these cases might be horrific or big enough to make headlines, there are several incidents of animal cruelty and abuse that happens day in and out and goes mostly unnoticed.

“I live in Bhati, a village near Delhi and coming across cases of animal cruelty is a daily thing for me. Cattle are prominent in my area and I have seen how male calves are chased away from the village because otherwise they will feed on its mother’s milk which they are not allowed to. This is not all. When the cow doesn’t give milk, it is beaten like anything and sometimes even given injections so that it gives milk. In a country like ours, where we consider cow as our Mata and depend on it widely for dairy and livestock, we don’t even have proper facility for their burial and neither do we have ambulance facilities. Have you ever heard of a cremation place for animals? The dead body is either given for skinning purpose or is thrown on the streets where it rots for days. This cruelty is an example of the hypocritical world we live in,” Manavi Rai, an animal lover who devotes 24/7 to dog rescuing and care giving, says.

To add to this, the law for prevention of crimes against animals is of 1969 and demands `50 fine in case of animal cruelty. But the recent laws demands a fine of  `500 if your pet defecates on the road, she says and asks which is the bigger crime?

“Every day dogs are being raped by humans. I came across a case where a dog was raped by a rickshaw walla for two weeks in his house. The dog has now been rescued by an animal shelter. The problem here is with people’s mindset. I wonder if we will be able to stop it ever,” Rai adds.

Not to mention, that children in my area play with puppies as if they are balls, she says. “When I go and stop them, they think of me as a mad person. They laugh and call me names. When I try to feed the dogs, the villagers tell me that I should stop because these dogs defecate near their houses. I want to ask them, even when I didn’t feed them where did they defecate?  The answer is near the drains where their children themselves do,” she tells you. We only have tolerance for animals as long as they are giving us money and once they stop they are thrown out like a waste.

“The biggest torture that I have ever seen is with bulls. In my area, most of the bulls have wounds and marks all over their bodies. They are beaten because they are of no good for the villagers. It is just like some people mourn the birth of a daughter, in animals they mourn the birth of a male because it will neither give milk nor  help them earn money in any other way,” she tells you.

The plight of animals is extremely bad. We have turned the forests into concrete structures, she says. “There is no place for animals to live. All the RWA societies offer parks for their children to play, but for animals they are not even allowed to be in the society. A few months back a dog named Buddy was beaten to death, no one knows what happened to that case. Recently, two boys in Ambala tied a dog to their motorcycle and dragged it for a few kilometers; we don’t know what happened to it as well. This is disheartening to see such cases happening day in and out and no proper action is taken most of the times,” she adds.

The eye opener for Rai was when she got a call from people informing her about an injured calf and asking for help. That’s when she realised that people don’t even bother about sick or injured animals. “It was 12 in the night and they called me thinking that because I run a dog shelter may be I will help that calf as well. I went to the location and I was told that since its too late in the night, municipality people won’t come. The calf will be left there to suffer and finally die. And in the morning after it has already died, the municipality people will come and take away its body. I was shaken up by their words. That was an eye opener for me and that’s when I realised that we pray to her, drink from her, earn from her, but when that animal needs us we don’t even have a proper hospital or even emergency services and most of the people are not even bothered about these animals. The only choice for me was to book an auto out of my pocket, call 22 boys from the village to lift the calf and bring it to my shelter. The next day I called an ambulance from a gaushala to transport that calf to a hospital only to realise that an ambulance in India means a bad conditioned truck with about six to seven cows stacked up one another so bad that one of them may even die out of breathing problems on the way to the hospital,” she explains.

Rai is not the only one who has seen such crimes happening against animals, Aman Dubey, a 24-year-old PR professional, has witnessed similar things.

“Back in November, I was going back to home in Jangpura Extension, New Delhi after my cycling routine and on my way back I saw an old man kicking a dog repeatedly for a mere reason — the dog was barking at him. This was not all, that man started verbally abusing the dog and next he picked up stones and started throwing it to chase the dog away,” he tells you.

Now these cases leave us wondering what is it with these crazy minds who take to such crimes, proving that they doesn't have even the slightest of mercy left in them, let alone humanity.

Pulkit Sharma, a clinical psychologist, who every once in a while peeks in the minds of such cruelty-driven people tells you that it is the frustration in their lives that leads them take to a life of crime.

“First, these people are the ones who are frustrated in their lives and they see animals as soft targets to take out their frustration. Such people often steps back when their target fights back, but animals here are their easy targets that can’t do anything to them in return. Also, they know that the law isn’t strong enough to convict them in case of animal abuse. Second, there are some people who find happiness in other’s sufferings. They take pleasure in it. These types of people need medical help,” he tells you.

Pooja Sareen, Advocate, Women & Animal Rights activist, says that in order to prevent such heinous crimes, there is a need for stern laws. “Central and State Governments should consider the feasibility of urgently bringing an ordinance/legislation substantially enhancing the penalties prescribed under the Prevention of Cruelty to Animals Act, 1960 and to make such offences non-bailable and cognizable. Government should also provide for special courts to try offences against animals and violation of forest laws. There should be more laws, stern punishments, fines should be substantially imposed and the fear against animal criminality should be increased amongst all,” she says.

The reason behind the increase in such cases, she says, is that The Prevention of Cruelty to Animals Act 1960 is too outdated and insufficient. “The maximum punishment for maiming and killing animals under this act is imprisonment of three months and/or a penalty of `100. The offences are not even cognizable, the result being that a man who even kills a wild elephant practically faces no penal consequence at all. Apparently, because of this lacuna of law it is easy to escape the laws. However, the proposal of amending the law proposing penalty up to `75,000 or three times the cost of the animal with jail term up to five years or both will be a breakthrough and will help in reducing these crimes extensively,” she adds.

The most common of all, Sareen says, is cruelty against street dogs. “Now and then the cruelty against animals is always in the news. It is is dismaying that it is only news which is forgotten the next day. Videos such as catching fish through coca cola and egg white, poured in fish holes grab our attention and go viral on Internet. We watch it with much interest. There are no bans or fines on such heart rendering practices. Such inhumane videos should be banned out rightly. Not only that, we often watch videos on whale catching, snake trapping, white ivory smuggling, animal skin poaching, hunting and others, but we don’t initiate any action against it. Society at large is to be educated on animal rights and to protect animals against such ill practices,” Sareen says.