Will China cross into Afghanistan?

Will China cross into Afghanistan? 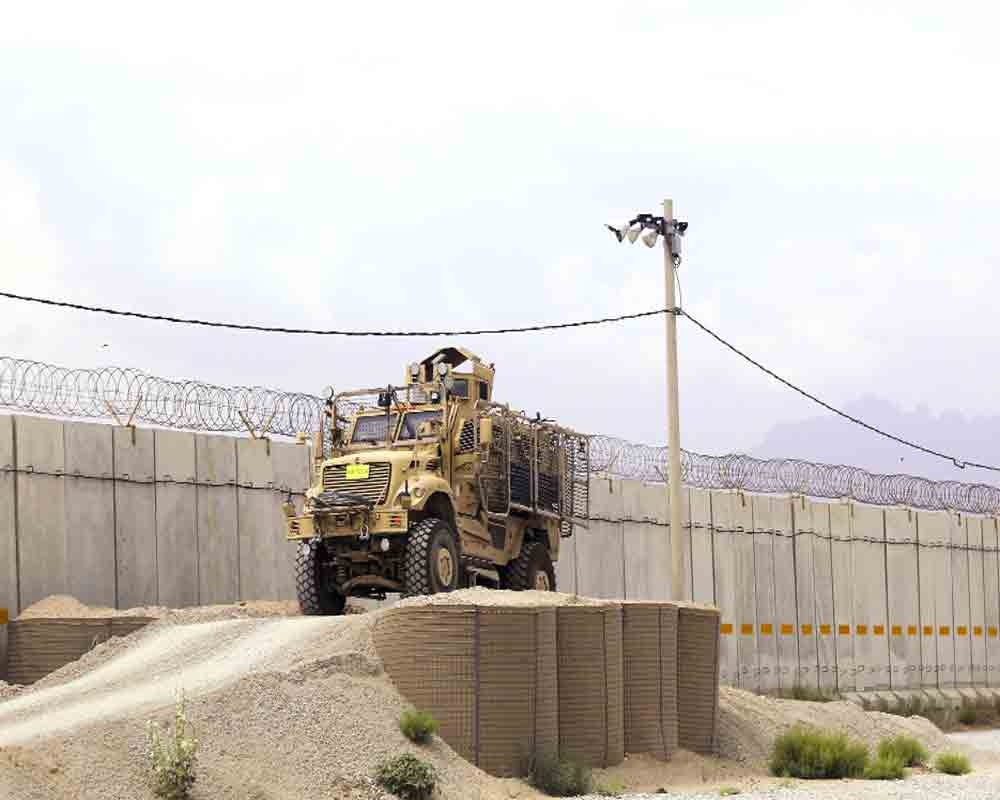 Deng Xiaoping is known to have used the phrase “cross the river by feeling the stones” to metaphorically describe a cautious, slow and well-thought-out plan to open China’s economic reform in 1980s. The same phrase can well be used to assess the Chinese policy in Afghanistan as it transits into an uncertain phase post the US withdrawal. The US withdrawal from Afghanistan scheduled on September 11 this year has led to immense speculation among states that have stakes in a post-withdrawal world order in Central Asia.

Afghanistan’s geographical location is pivotal, both geo-politically as well as geo-economically, to any East-West as well as North-South linkages in Asia. The British, the Russians and the Americans, at various stages over the last century have singed themselves in Afghanistan, aptly termed the “graveyard of Empires”.

With China emerging as a major player, control of this critical space will herald its arrival as a global power. The question is, will it “cross the river”?

Chinese interests in Afghanistan are well documented. They can essentially be discussed under two verticals: Security and economy.

The restive and sensitive province of Xinjiang is a “core” issue for China and Beijing is unlikely to compromise on threat to sovereignty or unity by Uighurs operating from launch pads in the geographically contiguous regions with Afghanistan.

There is also the fear of pan-Islamic groups based in Pakistan and Afghanistan stepping up support to Uighur groups in their quest for independence from China. The Chinese have not forgotten the ideological support for Uighurs by Islamic State leader Abu Bakr in July 2014, where he had thundered that “Muslim rights are forcibly seized in China, India, Palestine”. Even earlier, in 2013, Al-Qaeda boss Ayman al-Zawahiri extended full support to fight “China’s takeover of East Turkestan”.

Politically China has been hedging its bets by entering into parleys with both the Afghan Government as well as the Taliban. Beijing has been hosting Taliban delegations in China while offering arms and military support to the Afghan Army. China has also carefully balanced its relations with other Islamic states in warding off any diplomatic actions as a consequence of her “atrocities” against Uighur Muslims. Therefore China would like an assurance that any regime that comes to power in Afghanistan makes a commitment that it will not aid or abet instability in Xinjiang.

China had initially left out Afghanistan from the BRI (Belt & Road Initiative). Realising the changing global dynamics in Afghanistan, in 2016, China and Afghanistan signed a memorandum of understanding (MoU) to incorporate Afghanistan into its flagship project.

The two countries have also initiated a fibre optic link via the Wakhan Corridor in the Badakhshan Province of Afghanistan. China sees great opportunity in mining in mineral rich Afghanistan with a potential of over $1 trillion in copper, iron, gold and lithium and at least 200 bn barrels of oil reserves, which can be extracted to meet its burgeoning energy need.

While little progress has been made in two ongoing contracts of copper mines in Aynak and oil exploration in the Amu Darya basin, essentially due to the instable situation, things could see a mend once peace returns to Afghanistan.

The idea of occupying the space vacated by the US is undoubtedly a huge temptation for any strategist especially for a revanchist power like China. Military strategy is driven by national interests and the use of military power as a part of a nation’s toolkit is a natural outcome of its aspirations. In the case of China, aside from its economic interests and iron cladding, its weak underbelly in Xinjiang, a military presence would signal the PLA’s expeditionary as well as global reach capability. For that to happen, China has to put boots on the ground.

However, I would argue that China will be extremely reluctant to get directly embroiled in the Afghan embroglio because of the following:

First, China has no historical relations or connect with Afghanistan. It sees no direct threat from Afghanistan and has no cause to commit military force if assurance and guarantees are forthcoming from a favourable dispensation in Kabul regarding security of Xinjiang.

Second, history is a great teacher. China understands that the internecine tribal and ethnic divide within Afghanistan cannot be resolved by use of military force. Superpowers like Britain, Russia and the US have failed to bring peace to this region in over a century. There is no compelling reason why the PLA should “lose face” in an alien land.

Third, the PLA neither has the experience nor the leadership to undertake expeditionary and irregular warfare as is obtained in Afghanistan. It has had no training or understanding of counter-insurgency operations unlike other worlds armies. The CCP is in no position to accept any reverses or “body bags” for a distant cause like in Afghanistan as it marches towards its “twin century goals”.

Fourth, China is conscious that any intervention will bring it directly in conflict with pan-Islamic groups which could draw attention of a jehad on itself. Why “beat the grass to startle the snake”?

First, China has enough leverage on Pakistan and through it, the Taliban to secure its interests in Afghanistan. As the Chinese saying goes — why not “kill with a borrowed knife”?

There is little motivation to sink money into Afghanistan to achieve connectivity especially through a chronically unstable region.

Third, Afghanistan-China trade is negligible and one sided. It has no impact on China or its economy.

Aside from connectivity through Afghanistan, there is little to gain from infrastructure projects.

Fourth, in an extreme case, if China does step up to the plate, it may consider putting boots on the ground under the auspices of SCO as part of a multi-lateral security mechanism.