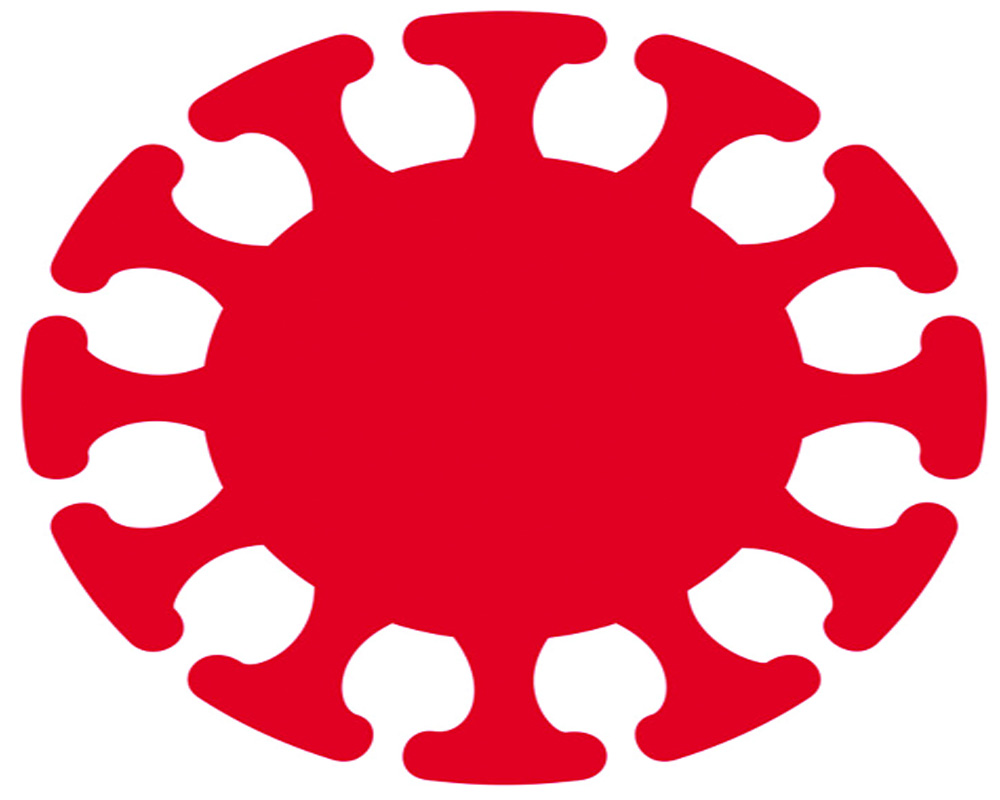 From vaccine drive to second wave in India to mourning in Bollywood with several veteran actors dying to the kind of music we grooved to samosa as the dish of the year to making a style statement, COVID-19 made sure nothing was normal in 2021, says SUNDAY PIONEER

Never had anyone imagined that an outbreak of severe viral pneumonias, first reported in Wuhan city, Hubei province China in December 2019, would, in the months to come, create havoc in the world. Coronaviruses which usually cause common colds in humans and also infect animals, likely, though still not apparent, jumped from an animal in a seafood market in China to infect humans.

On February 11, 2020, the International Committee on Taxonomy of Viruses adopted the official name Severe acute respiratory syndrome coronavirus 2 (SARS-CoV-2). The World Health Organization (WHO) on March 11, 2020, has declared the novel coronavirus (COVID-19) outbreak, a global pandemic.

“According to the transmissibility, virulence and effectiveness of therapeutics, vaccines and diagnostics, WHO has classified SARS-CoV-2 into variants of concerns (VOC) and variant of interest (VOI). VOC include Alpha, Beta, Delta, Gamma and latest being Omicron,” Dr Gurmeet Singh Chabbra, Director Pulmonology, QRG Super Speciality Hospital, Faridabad says.

Omicron virus is a new mutant of SARS-CoV-2, which was first documented in South Africa on November 24, 2021. On November 26, 2021,WHO declared it as variant of concern.

India has so far recorded 415 cases of the Omicron variant across 15 States and Union territories. Omicron has more than 50 mutations with more than 30 being in spike protein itself which makes it highly transmissible.

“In countries with documented community spread, doubling time of Omicron is one-and-a-half to three days. Omicron spreads three times faster than the delta virus which caused the brutal second wave in India. It evades immunity acquired due to previous COVID infection or vaccination and causes reinfections and breakthrough infections,” Dr Gurmeet tells you.

There is a possibility of decreased effectiveness of available vaccines and also cocktail therapy, given for mild to moderate high risk COVID-19 cases, in Omicron infected cases. Still vaccination would prevent severe disease, hospitalisation and deaths in infected patients.

In India, more than 80 per cent have taken a single shot of COVID vaccine and about 50 per cent are fully vaccinated. Those who have not yet got vaccinated should get vaccinated.

“Wearing a mask properly, keeping a safe distance of six feet, maintaining hand hygiene, avoiding gatherings and crowded places and social meetings would prevent spread of this disease. It is expected that about 1.5 to 1.8 lakh cases per day would be recorded by the end of February 2022,” Dr Gurmeet says.

The third wave could be larger than the first two. To combat this, we strongly advise everyone to get vaccinated with two doses of the vaccine. The general public should also take extra precautions against new viruses and variations of novel coronavirus. People should keep wearing masks in public places, avoid crowds, maintain social distance, and adhere to all directives issued by the Government of India from time to time. Private healthcare companies are already providing the Government all of the resources it requires, including testing, isolation beds for treatment, medical personnel, and equipment at Government Covid-19 hospitals. We were hopeful that with our combined efforts, we will be able to defeat the Omicron variant too.

As we prepare to welcome 2022, India, particularly the Indian health sector, will face new challenges. Omicron has already arrived, which means we must intensify and expand our efforts to halt its spread. The first line of defense against Omicron will be COVID-appropriate  behaviour and immunisation. It is strongly recommended that all citizens get both doses of Covid vaccines as soon as possible.

The Delta strain caused unprecedented mortality in 2021, for which no country, including India, was prepared. As the number of deaths increased, we rose to the occasion and joined forces with the Government. We were able to combat the second wave of COVID pandemic as a result of our combined efforts. Similarly, now we must immediately unite all of our efforts because the number of Omicron patients is steadily increasing.

As per the tests conducted at Institute of Genomic and Integrative Biology, nearly one out of every five travellers testing COVID-positive at IGI airport is infected with the Omicron variant. Omicron variety has stronger transmissibility than Delta, which means we'll have to put in more effort to stop it.

It is necessary that the citizens take the initiative to get vaccinated themselves. People should also continue to diligently follow COVID protocols including proper use of masks,  maintaining social distance and hand hygiene. We can counter the looming threat of a third wave of COVID pandemic if we all work together.

Dilip Kumar: Better known by his stage name Dilip Kumar, was an Indian actor and film producer who worked in Hindi cinema. Referred to as the Tragedy King for his portrayal of serious roles and retrospectively as The First Khan of Bollywood.

Rajiv Kapoor: He was an actor, producer, director and a member of the Kapoor family. He is best known for his lead role in Ram Teri Ganga Maili.

Siddharth Shukla: He  was an actor, host and model who appeared in Hindi television and films. He was known for his role in Balika Vadhu.

Surekha Sikri: She was a theatre, film and television actress. She received three National Film Awards and a Filmfare Award. She made her debut in Kissa Kursi Ka.

Anupam Shyam: He was an Indian film and television actor, who usually played villainous roles.

Raj Kaushal: was an Indian director, producer who was active during the 1990s and mid 2000s. He was married to Mandira Bedi.

Amit Mistry: He appeared in a number of tele serials, drama as well as films.

The 2021 has been a roller coaster ride for everyone. As much as we all had to sit at home and be safe, we all also wanted to get out of the homes in search of our normal lives. These two minds of ours definitely reflected on the trends we all referred to for fashion. The year 2021 was a lot about

self-expression and we all preferred to slip in what made us happy rather than following certain specific trends. In spite of this, some very popular trends were seen in 2021.

We all got so used to wearing lounge wear after 2020, slipping into bodycons and body hugging styles was a little far fetched because of which we saw a lot of oversized shirts and tshirts, wide legged pants, parallels and similar styles which took preference. Oversized sweaters and sweatshirts was also a big trend for this winter.

The dull life we all experienced in the past couple of years called for some brightness and dazzle in everyday fashion. Bright coloured tie and dye has been an on and off trend for a while now, but in 2021, this trend took off in summers and is still popular among women specially in casual wear. Co-ords & jackets are the most popular category with bright coloured tie & dye surface.

Co-ords have been a big category this 2021. It gained its popularity when celebs started sporting  co-ords in their airport looks. Be it from printed floral co-ords or athleisure co-ords, they have been widely popular and people have found comfort in wearing as well as styling this category.

Be it in prints or solids, the hues this year were far brighter and dazzling. Not just summers, but winters in 2021 also witnessed the brightness. People loved to colour block with complimenting colours and we all saw a lot of fashion bloggers and influencers helping their audience to pick the right colour combinations.

The 2021 seemed like an after effect of 2020, but it was great to see everyone moving out of their comfort zones and experimenting with colours, styles and fits.

Didn’t you observe everyone starting to rave about Lilac in 2021. Actually, Lilac was revived right in 2018 when Victoria Beckham was spotted in a lilac suit. It took 2021 for us to start using this colour so confidently without any hesitation. People got a hang of styling this colour. It was styled either with solid whites to keep it classic or people loved styling it with complimenting neons to make it  a statement outfit.

Kim Taehyung, commonly known as V of the K-pop group BTS, has been named Most Handsome Man in the World in 2021.

Sooryavanshi is the Bollywood grosser with collection of Rs 293.34 crore

Spider-Man: No Way Home has officially become the highest-grossing Hollywood film of 2021.

Neeraj Chopra was the most searched face of 2021 and why not. He brought home the Gold at the Olympics held this year in Japan in javelin throw. He is ranked No 2 internationally by World Athletics.

Pantone chose two colours for 2021. After a particularly distressing year, Ultimate Gray symbolised a quiet reassurance and resilience, while Illuminating, a cheery butter yellow, reflected sunshine and optimism about a better tomorrow.

Dish of the year

According to food ordering and delivery company Swiggy, the modest Samosa is India's most binged snack of 2021, with approximately 50 lakh orders, topping the list of the most ordered meal of the year. India ordered 115 Biryanis per minute or two biryani’s per second. Chicken biryani was ordered 4.3 times more than vegetarian biryani.

2021 was a grim year, but music emerged as a healer and a much needed source of entertainment. Audio content received healthy traction and emerged as a way to engage consumers with screen-free entertainment. Tanishk Bagchi was the most heard artist in 2021 with over 1.2 billion streams on Gaana, followed by Arijt Singh and Neha Kakkar.

Consumption of podcasts grew by 40 per cent Y-O-Y. Love for regional music was also more powerful than ever in 2021 contributing 40 per cent to the total streams. Bhojpuri and Haryanvi were the biggest gainers with more than 15 per cent increase compared to last year.

Word of the year

Merriam Webster has chosen vaccine as the word of the year for 2021. the dictionary also stated that interest in the word has been high ever since the start of the Covid-19 pandemic.