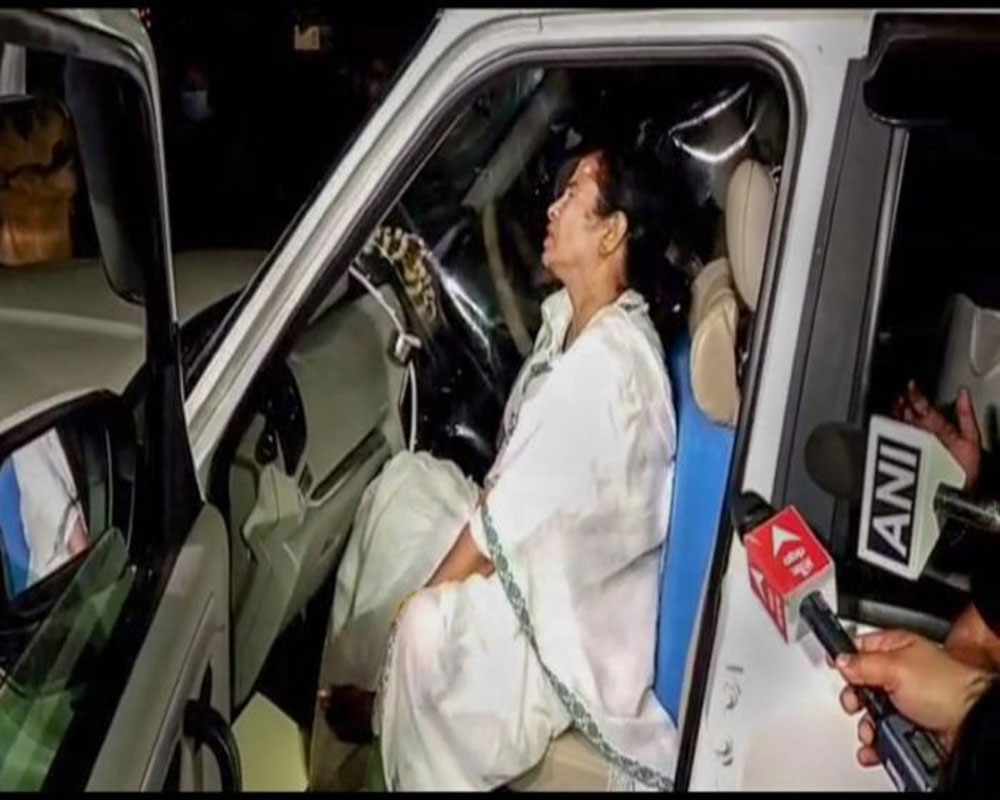 A war of words ensued in West Bengal over the alleged attack on Chief Minister Mamata Banerjee with the BJP terming it fake and a political stunt to gain voters sympathy.

The party questioned how it could happen despite so much security. On Wednesday evening, Banerjee claimed she was attacked in Nandigram where she had gone to file nomination papers for assembly polls.

The BJP claimed that Chief Minister Banerjee, a Z-plus protectee, has a total of 18 vehicles in her cavalcade which includes four pilot cars, other vehicles and presence of senior police officials. "The question is, how could this incident happen despite so much security?" the West Bengal unit of the party asked on its official Twitter handle.

In a series of tweets, the West Bengal unit of the BJP claimed that eyewitnesses have refuted Banerjee's claim that she was attacked. "Did Mamata Banerjee fake the 'attack'? Eyewitness accounts seem to suggest that," the West Bengal BJP said.

In another tweet, the West Bengal BJP said, "Not one eyewitness seems to corroborate the 'attack' version. The people of Nandigram are upset and angry at her for blaming them and bringing disrepute. Clearly she is nervous about her prospects in Nandigram and has now lost confidence, if any, of the people too."

"She is trying to gain sympathy votes in an already-lost battle," the party said.

The West Bengal BJP claimed that the people of Nandigram are angry with Banerjee as she is blaming them for an attack which was at best an accident as several eyewitness accounts suggest. "Can Nandigram ever trust her to be fair to them?" asked another tweet.