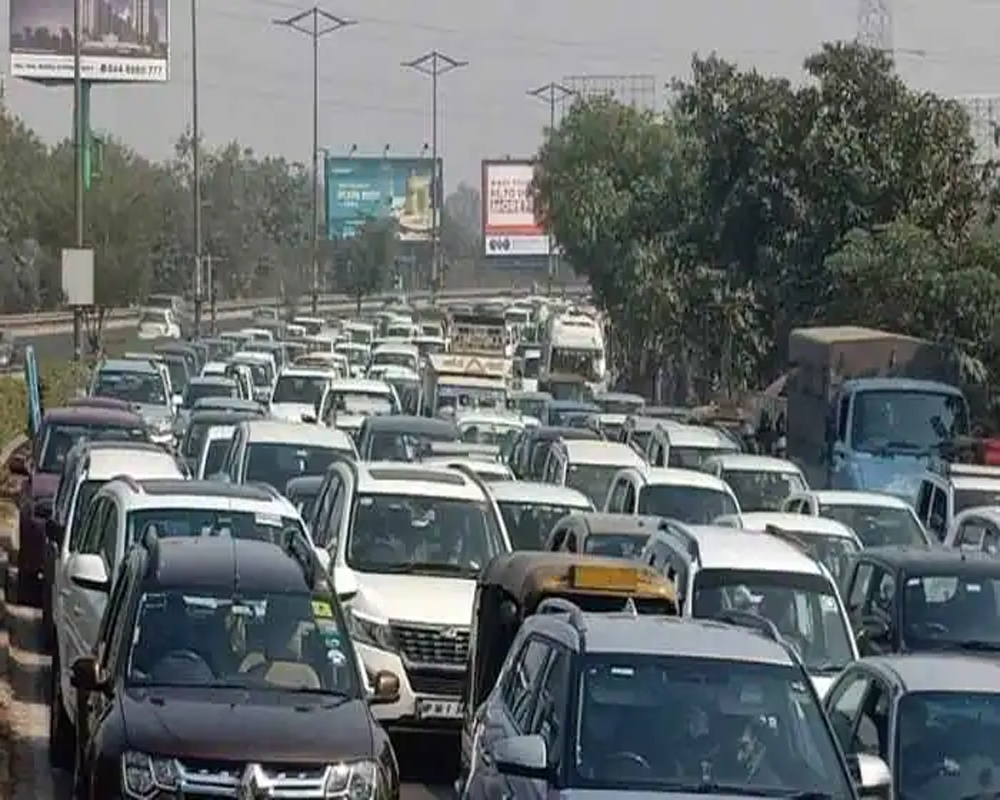 Police have also been asked to ensure that vehicles not destined for Noida or Greater Noida use bypasses or peripheral expressways, according to the 'winter action plan' issued by the Gautam Buddh Nagar district administration.

It stated that police have been asked to keep a strict vigil and show no tolerance for visible emissions by stopping "visibly polluting vehicles" from plying by impounding or issuing fines to offenders.

The administration on October 6 released the 'winter action plan' to check pollution to various government agencies and authorities ahead of winters, during which air pollution in the National Capital Region (NCR), including Noida and Greater Noida, spikes to severe levels affecting human health.

The administration asked the police to list traffic hot-spots in the district and release it and an advisory accordingly.

"Ensure that non-destined vehicles use bypasses or peripheral expressways, keep strict vigilance and no tolerance for visible emissions - stop plying of visibly polluting vehicles by impounding/fine," it said.

The police have also been asked to keep strict vigilance and enforcement of pollution under control (PUC) norms besides ensuring stoppage of encroachment on footpaths.

"Check and resolve issues such as congestion and unusual dust emission due to traffic or parking, and ensure compliance of action plans on the identified pollution hotspots in the city," according to the plan.

The police have also been asked to ensure implementation of orders of the Supreme Court regarding prohibition or restriction in the sale and use of fire crackers in NCR.

Earlier the Uttar Pradesh Pollution Control Board identified eight key air pollution hot spots in Noida and Greater Noida, according to the Gautam Buddh Nagar district administration, which has directed local authorities to ensure implementation of the action plan to check pollution during winters.

The major air pollution sources have been identified as road dust, construction and demolition (C&D) waste, industrial dust emissions, unpaved roads and traffic congestion, the administration said in a communication on Wednesday to all three local industrial development authorities and other departments concerned.