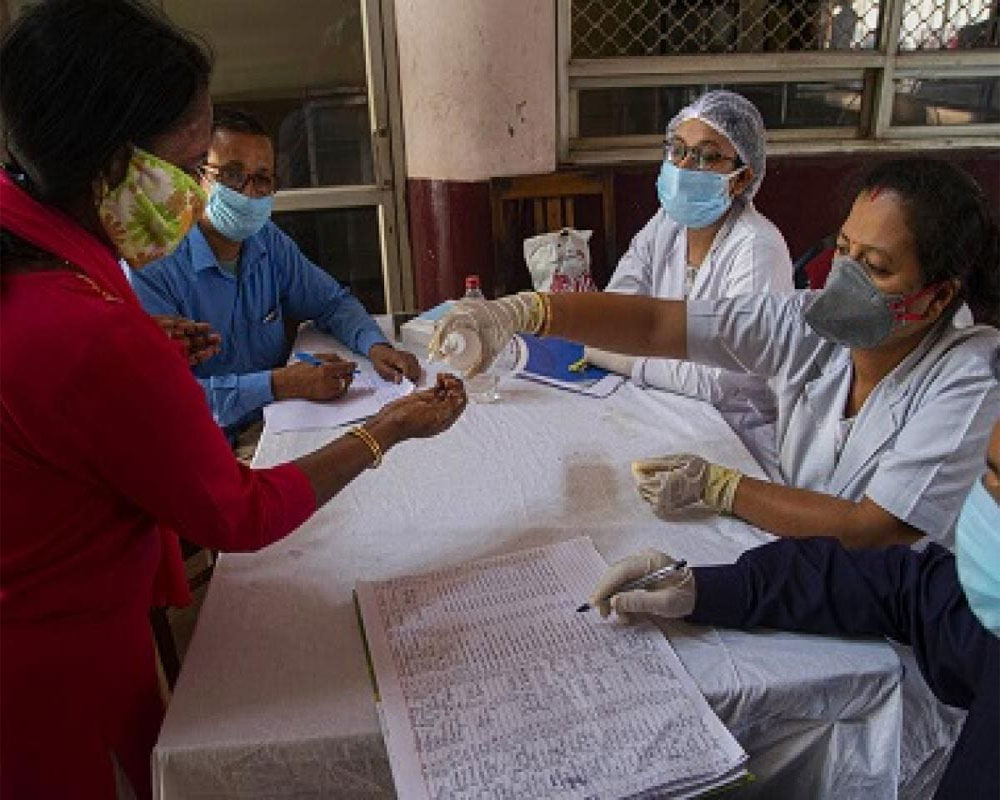 Delhi reported 35 COVID-19 cases at a positivity rate of 0.06 per cent, while zero deaths were recorded due to the infection, according to data shared by the Health Department here on Thursday.

The national capital has recorded four deaths due to COVID-19 so far in November. Four people had succumbed to the viral disease in October and five in September.

The infection figures are of Tuesday. The government did not release the bulletin on Wednesday and issued it on Thursday morning.

Twenty patients were discharged on Tuesday. With the new cases, the city's coronavirus infection tally climbed to 14,40,754. Of this, over 14.15 lakh patients have recovered from the infection. The death toll stands at 25,095, according to the health bulletin.

Authorities conducted 54,268 tests, including 45,186 RT-PCR ones, on Tuesday. There are 311 active cases, of which 125 patients are in home isolation. The number of containment zones stands at 120, the bulletin stated.

In April and May, Delhi battled a brutal second wave of the pandemic that claimed a large number of lives and led to a shortage of oxygen and essential drugs at hospitals.

On April 20, Delhi had reported 28,395 cases, the highest in the city since the beginning of the pandemic last year. On April 22, the case positivity rate was 36.2 per cent, the highest so far.

The highest number of 448 deaths was reported on May 3.

According to the sixth sero survey, 97 per cent of the population in Delhi has developed antibodies against coronavirus as a result of a large number of people getting exposed to the infection during the second wave and robust vaccination in the capital.

All districts in the capital have a seroprevalence rate of more than 93 per cent. South, Central, Northeast and East districts recorded a seropositivity rate of 99 per cent, 99.5 per cent, 99.7 per cent and 99.8 per cent, respectively.

Those aged below 18 have a seropositivity rate of 88 per cent.

According to government data, over 2.20 crore vaccine doses have been administered in Delhi since the inoculation exercise started on January 16. Over 84.32 lakh people have received both doses.