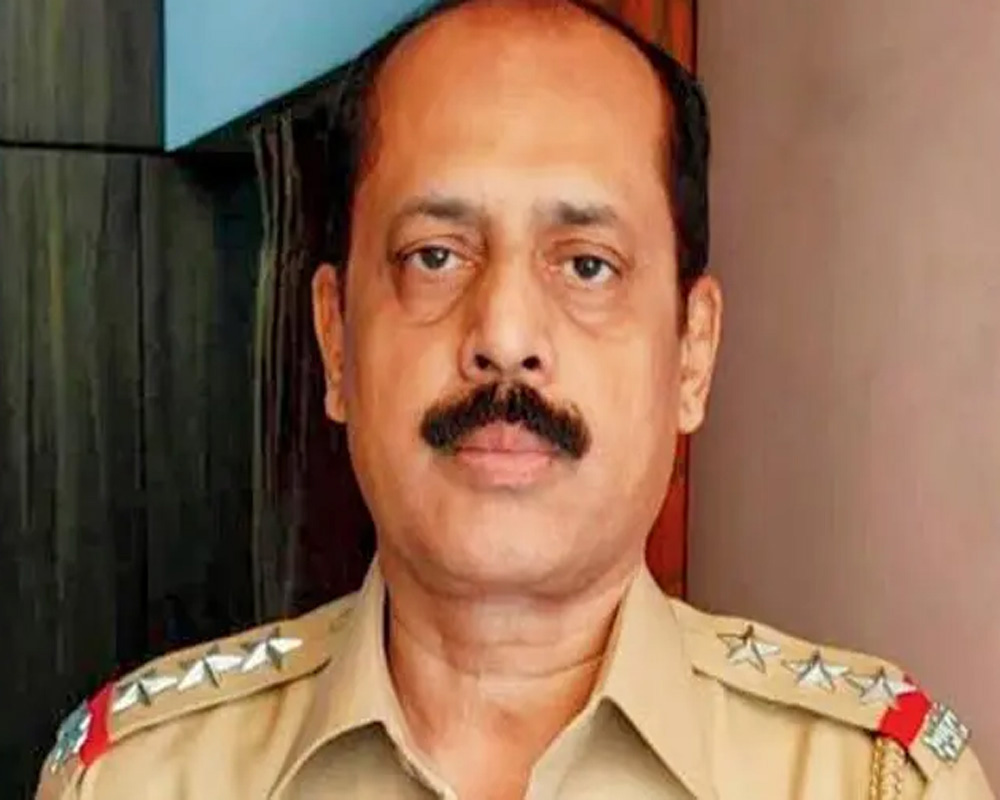 The National Investigation Agency (NIA) arrested Mumbai Police officer Sachin Waze Saturday night after questioning him for 12 hours over the recovery of an explosive-laden vehicle near the residence of industrialist Mukesh Ambani, an agency spokesperson said.

Waze was summoned at the agency's Mumbai office at Cumballa Hill in south Mumbai around 11.30 am to record his statement. There was no official update on him throughout the day.

The NIA spokesperson came out with a brief statement late Saturday night that he had been "arrested at 23.50 hrs in NIA Case" related to the recovery of gelatin sticks in a vehicle parked near Ambani's house on Carmichael Road on February 25. A threat letter was found as well.

The NIA spokesperson said Waze has been arrested allegedly "for his role and involvement in placing explosives-laden vehicle near Carmichael road" on February 25.

The case was handed over to the NIA after the mysterious death of a Thane-based businessman Mansukh Hiran, who had claimed that the vehicle had been stolen a week earlier. His body was found in a creek at Thane on March 5.

This case is being probed by the Anti-Terror Squad of the Maharashtra Police, but the NIA is likely to take over the case as the agency is mandated by the section 8 of the NIA Act to take over investigation in connected matters.

Hiran's wife had claimed that her husband had given the SUV to Waze in November, which the officer returned in the first week of February.

During his questioning by the ATS, Waze had denied using the SUV that was in possession of Hiran.

Waze had on Friday filed an application seeking pre-arrest bail. His lawyer A M Kalekar had requested the court to grant Waze interim protection from arrest on the ground that he was cooperating in the investigation.

Additional public prosecutor Vivek Kadu, however, opposed this and argued that the probe in the case was at a crucial stage.

The court, while refusing interim bail, noted that the charges in the case include section 302 (murder), section 201 (destruction of evidence) and 120 (b) (criminal conspiracy) of the IPC which are serious offences.

Waze, accused by Hiran's wife of involvement in her husband's suspicious death, was shunted out of the Mumbai crime branch on Wednesday.

Waze, who was the crime branch's Assistant Police Inspector, has been transferred to the Citizen Facilitation Centre (CFC) unit of Mumbai police.

On February 25, a Scorpio was found near industrialist Mukesh Ambani's house in south Mumbai with explosives and a threat letter inside.

While recording Waze's statement on Saturday, the NIA called crime branch ACP Nitin Alaknure and ATS' ACP Shripad Kale to share information about the investigation done so far in the cases of recovery of the SUV and the alleged murder of Hiran. Both the officers left after four hours.

Waze is also facing a trial on multiple charges, including murder and destruction of evidence, for the alleged custodial death of Khwaja Yunus in the year 2003.