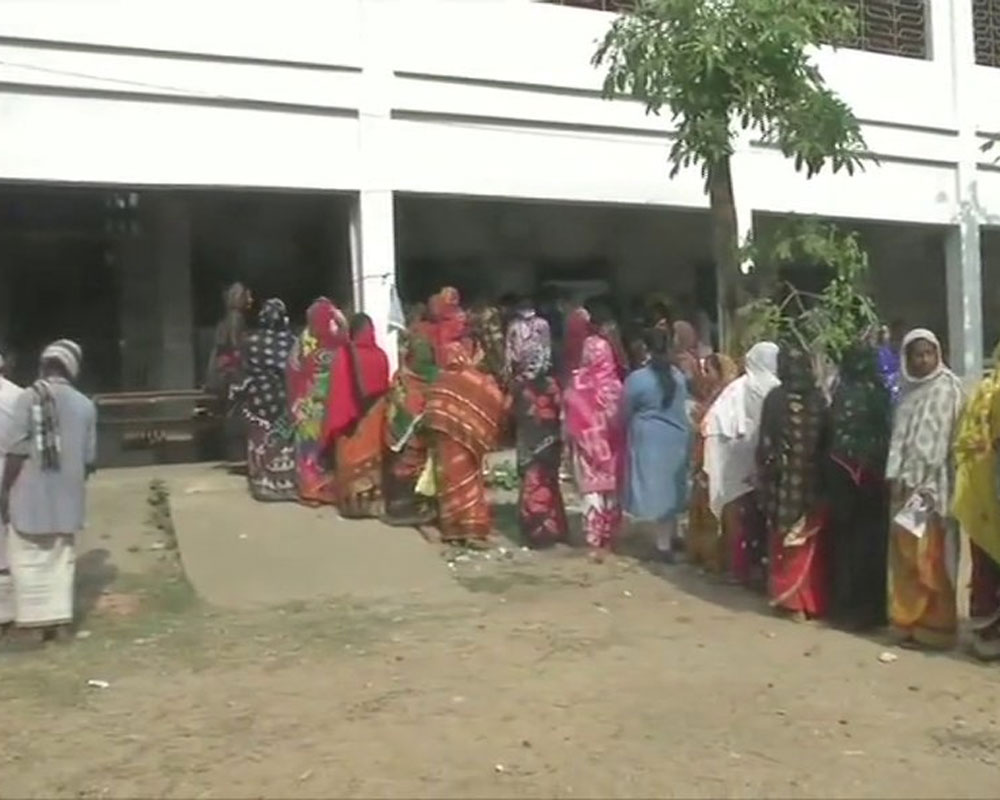 Around 73 per cent of Assam's 8,109,815 voters had cast their votes till 5 p.m. on Saturday in the first phase of the Assam Assembly polls which is underway in 47 constituencies, according to election officials.

Except some electronic voting machine (EVM) glitches, no major incidents have been reported so far from any of the poll-bound Assembly segments.

Saturday's voting is being held in the Assamese heartland comprising the south and north banks of the Brahmaputra River.

After casting his vote at Sahitya Sabha Bhavan in Dibrugarh, Chief Minister Sarbananda Sonowal, who is contesting from Majuli, told the media that the Bharatiya Janata Party (BJP) would get more than 100 seats in the 126-member Assembly.

Both the ruling BJP led alliance and the opposition Congress led coalition are confident of winning maximum seats out of the 47 seats that went to polls on Saturday.

The first phase of polling in the BJP-ruled state will decide the fate of 264 candidates including 23 female aspirants.

Voting will continue till 6 p.m as the Election Commission extended the time by an hour in view of the Covid-19 induced situations.

Covid-19 protocols for the voters, including social distancing and thermal screening, are being maintained.

Election officials said that to avoid crowding, the number of voters for every booth has been brought down to a maximum of 1,000.

To avoid direct contact with the EVM, every elector is being given hand gloves.

In the 2016 elections, the ruling BJP-led alliance secured 35 of the 47 seats, while the Congress won nine and the remaining three seats by other parties.

According to the election officials, over 30,000 Central Armed Police Forces along with thousands of state security forces have been deployed to maintain law and order during this phase.

The officials said that to maintain social distancing and other Covid-19 protocols and due to technical snags of the EVMs in some polling stations, the casting of votes caused little slow.

No untoward incident has been reported so far from any of the 12 districts where balloting is underway.

In a unique gesture, the election officials donated saplings and Assam's traditional 'gamocha' to the aged, women and differently abled voters in the 128 model polling stations, which were decorated with colourful balloons, bamboo crafts and local items.

The 126-member Assam Assembly will go to the polls in three phases.

Results will be declared on May 2.